When I was re-reading and thinking about Amy Hempel’s novella Tumble Home, I heard an episode of NPR’s TED Radio Hour called “The Meaning of Work.” The expert claimed that people value things they have to put together, that they helped work to create, more than things they did not help build. The speaker noted that he loved his IKEA furniture best, in spite of its boxiness and its quality shortcomings, because he put so much time and energy into decoding and following the directions. To the extent that I can relate to an inexplicable affinity for my IKEA pieces, an analogy to the experience of reading Hempel holds in that I also develop a sense of satisfaction while working through her stories; there is some assembly required when encountering her writing. The process of navigating the complexity of Hempel’s language demands the reader put in some effort when constructing the images or navigating the linguistic possibilities that they encounter. Yet the payoff of doing so is an expansion of the boundaries of language and the enrichment of what one can imagine on the page.

The topic of defamiliarization in literature is wide-ranging, encompassing numerous ways authors overturn conventions or expectations. According to early 20th century literary critic Viktor Shklovsky, Aristotle claimed that poetic language must appear “strange and wonderful.” Elaborating on this idea, Shklovsky claims that habitualization is the enemy of art. In “Art as Technique,” he writes:

The technique of art is to make objects “unfamiliar,” to make forms difficult, to increase the difficulty and length of perception because the process of perception is an aesthetic end in itself and must be prolonged.

As a linguist, my favorite place to find defamiliarization is in the technical way an author leverages language—bending normal verb use or phrase structure to achieve this augmentation of perception in a way that enhances the story. Some accomplished surgeons of syntax and semantics are Gertrude Stein, Virginia Woolf, Lidia Yuknavitch, and Leni Zumas. In different ways, these writers crack open verbs to attribute agency where we wouldn’t expect it, use adjectives that implicate and complicate characters, and string together phrases that tell stories with their structures, as well as with their words.

Defamiliarization of all kinds is a characteristic of Hempel’s writing. In this novella, as with all her work, unusual word choices are sprinkled throughout. For example, a fellow “guest” at the sanitarium passes a bowl of “bitter scrotalized olives”; when a mother spoons spat-out food back into a baby’s mouth, the narrator refers to it as “the job of spackling.” Yet, in my personal correspondence with the author, who was a mentor at Bennington, she says that she does not consciously manipulate words or phrases with the intent of making them unfamiliar. Rather, her choices and their resulting service to the story follow from instinct. Nevertheless, defamiliarization is one of the effects and hallmarks of Hempel’s language.

In Tumble Home, the narrative is structured in the form of a long, rambling letter to a famous painter during the letter-writer’s residence in a treatment center. The story proceeds in vignettes as the woman’s mind wanders from questions about the painter’s life and details about her fellow patients to memories of her mother as well as of her mother’s suicide. The narrator’s state of mind is fragile, and the tone carries a dark humor, with the jagged stream of consciousness revealing a disorientation, a struggle to make her world make sense.

In the novella, Hempel exploits the reader’s expectations regarding syntax, flouting them in a striking way to show us the flights of the narrator’s troubled mind, occasionally letting the sentences and phrase structure spin out in confusing ways, or else, conversely, abruptly halt, as in the following sentence:

The nearest neighbor is from the South, and how he knows if he likes you is he puts on Hank Williams and do you know who that is singing?

The nearest neighbor is from the South, and how he knows if he likes you is he puts on Hank Williams and do you know who that is singing?

This sentence is deliciously complex for many reasons. First, the reader anticipates that after the conjunction “and” will come the pronoun “he,” with more information about the neighbor. The adverb “how” forces the reader to rethink where the sentence is going.

The nearest neighbor is from the South, and how

In the end, so many independent clauses are gathered in the confines of this greater single sentence, which amasses an astounding seven verbs in total, that it is almost comical.

Processing this sentence slows down comprehension and perception. As we continue reading, we have to negotiate our expectations to fit the information in the sentence. But as we see with Hempel’s sentences, the disorientation of having gone down the garden path is not gratuitous. It is the point.

The effect of this structurally confusing sentence is to impose a temporary loss of mooring. The disorientation the reader experiences while navigating the complicated phrases, doubling back until their meaning becomes coherent, helps reveal the narrator’s anxiety.

Another example of a garden path sentence from the story that is not as structurally complex but has the same effect of increasing processing time, eluding our expectations, reads:

What was left of her gift was the argument she had with the painter who came to paint our house and was unable to mix “her” blue.

Here, the narrator speaks of her deceased mother, a former artist, who had committed suicide. The main verb “was” (“What was left of her gift was…”) is followed by a noun phrase, and the reader expects that phrase to be the end of it, the predicate of the main verb.

What was left of her gift was the argument

However, the noun phrase “the argument” gets cast as the head of a structurally complex phrase that compels the reader to take another pass at building syntactic scaffolding for the sentence.

… the argument she had with the painter who came to paint our house and was unable to mix “her” blue.

Rearranging of phrases is required in order to build the right structure to accommodate this sentential object. Hempel also leaves it to the reader to see the sad absurdity of a woman arguing with a house painter about a proprietary shade of blue that stands for a lost career in making art.

The situation is this: If you stopped people on the street and asked how they felt about gorillas, I would be among the ones who lighted right up.

In this example, in terms of parallel structure, one expects “you” or maybe “they” after the comma:

The situation is this: If you stopped people on the street and asked how they felt about gorillas,  “…you’d find most of them don’t care about them like I do.”

The situation is this: If you stopped people on the street and asked how they felt about gorillas, “…chances are, they wouldn’t show the enthusiasm that I would.”

By having “I” follow the comma, we have to let go of our expectations of parallelism.

The situation is this: If you stopped people on the street and asked how they felt about gorillas, I would be among the ones who lighted right up.

In addition to having this expectation go unmet, we get the added surprise that the narrator would insert herself in this fashion into the subject of this clause as a member of the set of people that would be stopped. She does not often put herself in prominence. But her love for gorillas gets her excited, and the reader, taking a second look while reconsidering the structure of the sentence, has time to appreciate that love. And again, the added difficulty of processing this structure fixes us in the confused mind of the story’s narrator as she works her way through her complicated emotions and the memories in which they live. When garden path sentences are unintended, when they arise due to carelessness, these types of sentences force the reader to do gratuitous work. When they are created in a way that enhances the story, they can be works of art.

However, Hempel also employs sentences that function in an opposite fashion. I dub them “brick walls.” In order to balance out the complex garden path sentences, Hempel offers this other type of sentence, usually containing a verb of being, and ending abruptly is a single-word predicate. The reader is preparing to build the structure of the phrase that will follow, and then gets smacked on the nose by the period. Examples of these are:

The pills that she swallowed were mine.

The person I strained to see on the mountain road was myself.

To be clear, it is not the word count that is short. On the contrary, these sentences have been made wordier by the deceptive complication of their structure. Each has a shorter possible phrasing.

(The pills that she swallowed) were mine.

Compare: She swallowed my pills.

(The person I strained to see on the mountain road) was myself.

Compare: I strained to see myself on the mountain road.

What is being exploited here is what is known as the “End Weight Rule.” By this linguistic principle, all other things being equal, “heavy” (that is, structurally complex) phrases come later in a sentence. But rather than follow this rule, as in the simpler iterations of the sentences above, she moves the object to the subject position (in parentheses above), in a complex noun-plus-complement phrase (complement underlined), with only a single word remaining after the main verb after this transformation. By leaving a lone word in object position after complicating the grammatical subject, this direct contravention of the End Weight Rule violates the reader’s expectation that more is to come.

The varying of length and type of phrase structure is a way of keeping the reader alert, never knowing what to expect from the wide range of possible structures employed by the author. The abrupt end to these sentences creates a rhythmic defamiliarization, as well.

These linguistic features regarding length are also reflected in the narrative. The letter-writer mentions toward the end of her rambling letter that her mother’s suicide note was merely four lines long. She can imagine a counselor pointing out the irony: “Mine [my letter] too long, hers too short.” In a sense, this duality is reflected in the garden path vs. brick wall contrast. Hempel guides readers down the garden path in order for them to experience the momentary confusion of a wrong turn, to understand on a syntactic level the psyche of the troubled letter-writer, with sentences that have grown structurally “too long.” And we share the surprise of a thought cut off when Hempel leads readers straight into a syntactic brick wall before returning to the main road of the story with sentences that are “too short.” The harnessing of these two extremes of language processing helps construct the interpretive framework that provides entrée to the letter-writer’s mind. In the process, readers experience the world of this story as new and different in a way that also provides a richer understanding of her narrator and offers the satisfaction of building some novel sentence structures along the way. 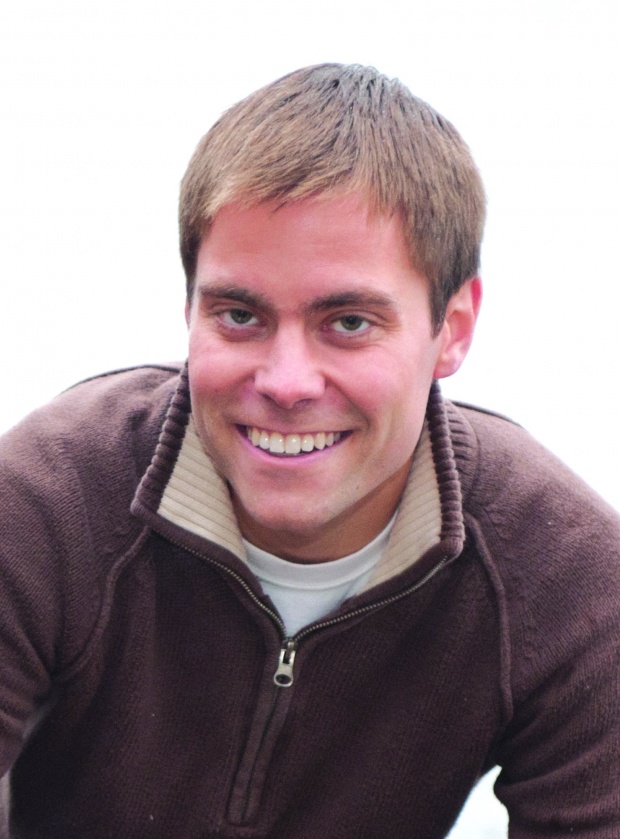 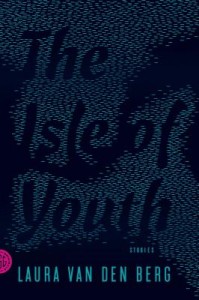