The Moments Between Moments: An Interview with Philip Cioffari

"The writing process is so much more uplifting, more fun, when I feel such affection for my characters." N. West Moss interviews Philip Cioffari about his new novel, If Anyone Asks, Say I Died from the Heartbreaking Blues, out this month from the University of West Alabama's Livingston Press.

I have known Phil Cioffari in several capacities. I first met him when I was a student in the MFA program where Professor Cioffari was teaching. I was immediately drawn to his writing workshops because of his pragmatic writing advice. Every note that he gave to me or to my classmates sent me scurrying off to write and rewrite my work. What he said just made sense to me, and his great love of writing (and his commitment to the discipline of it) was an inspiration. He once said to me, “The only difference between a successful writer and a failed writer is that the successful one hasn’t given up yet”—one of many pieces of advice that I have leaned on almost daily ever since.

Now I work as an administrator at William Paterson University, where Phil teaches. It’s one of the great perks of this job that our paths can once again cross. Now I see the students lined up to meet with him to discuss their own work, their own writing dreams, and now Phil and I sit, when we can carve out a few minutes, and talk about the challenges of a writing life.

Phil was my teacher and has become my friend and colleague. He remains impressive yet humble, pragmatic, accessible, driven, and always supportive of other writers. His new novel, If Anyone Asks, Say I Died from the Heartbreaking Blues, will be published by Livingston Press at the University of West Alabama this month.

West Moss: The title of the book is so evocative, but it does not appear verbatim in the book itself. The “Deep Blues,” though, are present, and I wonder if the title is referring to that sense of the blues that is both musical and emotional?

Philip Cioffari: Yes, the “blues” in the title refers both to the tradition of blues music, which is to say the expression of sadness, sorrow, and longing rendered via music and voice into a beautifully crafted, aesthetically pleasing form; and also the personal blues all of us, in one way another, feel at various points in our lives. In my book, specifically, it is the blues of adolescence that accompanies the search for self, love, and the sense of belonging to a world we don’t yet understand. The actual title comes from an African-American folktale about two mythical figures, Betty and Dupree, and the love that pulls them apart. 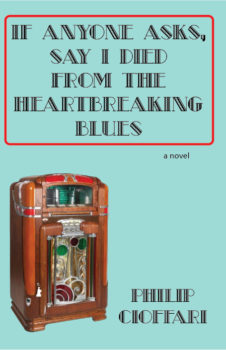 Hunt, the main character, and Johnnie Jay and Augie are such good, likeable guys. They are kind and inventive. They are good friends to one another. I mean, there Hunt is at the prom writing poetry in the corner. They are all so easy to love. Do you find you have to love your characters to write about them?

I did really love those three characters, and I would say that for most of the characters in the book. The writing process is so much more uplifting, more fun, when I feel such affection for my characters. As for my less desirable characters, I always try to at least understand them and suggest a reason why they act as they do. I try to see the world from their point of view. As Graham Greene said, “If we knew the facts, wouldn’t we pity everyone?” Understanding, then, becomes a form of empathy, if not love.

Music plays such an enormous role in this book, particularly in the first two-thirds, where there is music mentioned on almost every page in one form or another. What would you say is the importance of music in this book?

Music, in this case the popular music of the 1950s and ’60s, is an integral part of the characters’ lives. In a way, it is the soundtrack of their lives, spinning out from radios, jukeboxes, record players. And since my novel is basically a love story, music becomes inextricably involved with the search for love. This was the time that rock n’ roll (rhythm n’ blues) was new. For the first time, teenagers had a music that was exclusively their own. A music full of throbbing energy and passion, a parallel to the energy and longing bubbling up inside of them. Every song was a celebration. I hope that the use of music in the book helps capture some of that youthful passion and longing.

The action takes place in a 24-hour period on Hunt’s eighteenth birthday. Did you find it useful or difficult to narrow the scope of the novel this way?

I like to use a compressed time period for my novels. I find it raises the tension and urgency of the story. After all, in real life the clock is always ticking, time is running out—which, of course, adds urgency and poignancy to each moment we live. It intensifies the “drama” of our lives. So, too, in fiction: the dramatic element is heightened. I also like the idea of going deep moment by moment—that is, exploring each step of my characters’ journeys, including the silences, the moments when nothing seems to be happening, but something is happening, always. At the risk of sounding too esoteric, I like to convey the moments between moments. I like to pay attention to those small, almost unnoticeable feelings and half-thoughts. This is easier to do when the scope of the novel is shortened.

What is the role of “place” in the novel?

A strong sense of place is something I strive for in all my writing. In fact, I would go so far as to say it’s what gets my stories off the ground. I can’t really write without having a firm physical and emotional grasp of the setting. That’s why I always write about places I’ve been to, where I’ve had the opportunity to feel what it’s like being there: the quality of light, for instance, as it changes throughout the day; the colors; the sounds; what the air smells like when you inhale. I also believe that where something happens affects the way a character behaves. In my novel, for example, the dance clubs of the Bronx in 1960 had particular qualities that reinforced the cultural norms, that in some ways predetermined the social interaction between boys and girls, the difficulties and awkwardness that kept them apart. I tried to capture those environments in order to provide a context for my characters’ actions.

I notice you give almost no backstory. What is your process around exposition? How do you know what information is needed by the reader, and what amounts to overexplanation?

Exposition is something I try to weave into the forward motion of the story. Ideally, I like it to be close to undetectable by the reader. I don’t like to slow the forward motion of the story in any way. So I try to avoid flashbacks, especially long ones. In this novel, the flashbacks are really flashes, brief images of the past. I also like to use dialogue as a way of bringing in small bits of exposition. In terms of how much or how little backstory to bring in, I basically try to feel my way though that. If you give too little, the reader is lost; if you give too much, the reader is ahead of you—and you never want to have the reader ahead of you. I try to keep the reader reaching for something; I want the reader to be a partner, intellectually and emotionally, in the journey we’re both sharing. 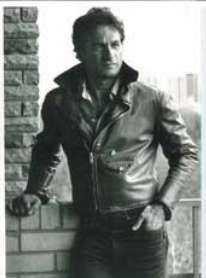 You’ve published five novels. How do you feel this novel fits into your larger body of work?

In this book I tried to take a lighter approach to the struggles of the main character, Hunt. It’s also the first time in my novels that the main character is a teenager, though I’ve written many stories featuring teen and pre-teen characters. I wanted in this novel to present the world of adolescence in a fuller, more well-rounded way. While I certainly didn’t want to minimize the anguish of that world, I wanted to show its comic dimension as well. In short, the travails of adolescence are both heartbreaking and comic simultaneously. I wanted to present that paradox as best as I could.

That’s a particularly good question and one I’ve spent some time pondering. I’ve always been an instinctual writer, that is, I’ve always written what seemed most urgent and pressing inside me. I really didn’t consider much else. I wanted the reader to see and feel what I was seeing and feeling. And, of course, that goal hasn’t changed. If anything is different now, I’d say I’d like to emphasize the valor of ordinary people triumphing over the struggles in their lives. I think, perhaps, that was always my goal, though now it’s  definitely a more conscious one. 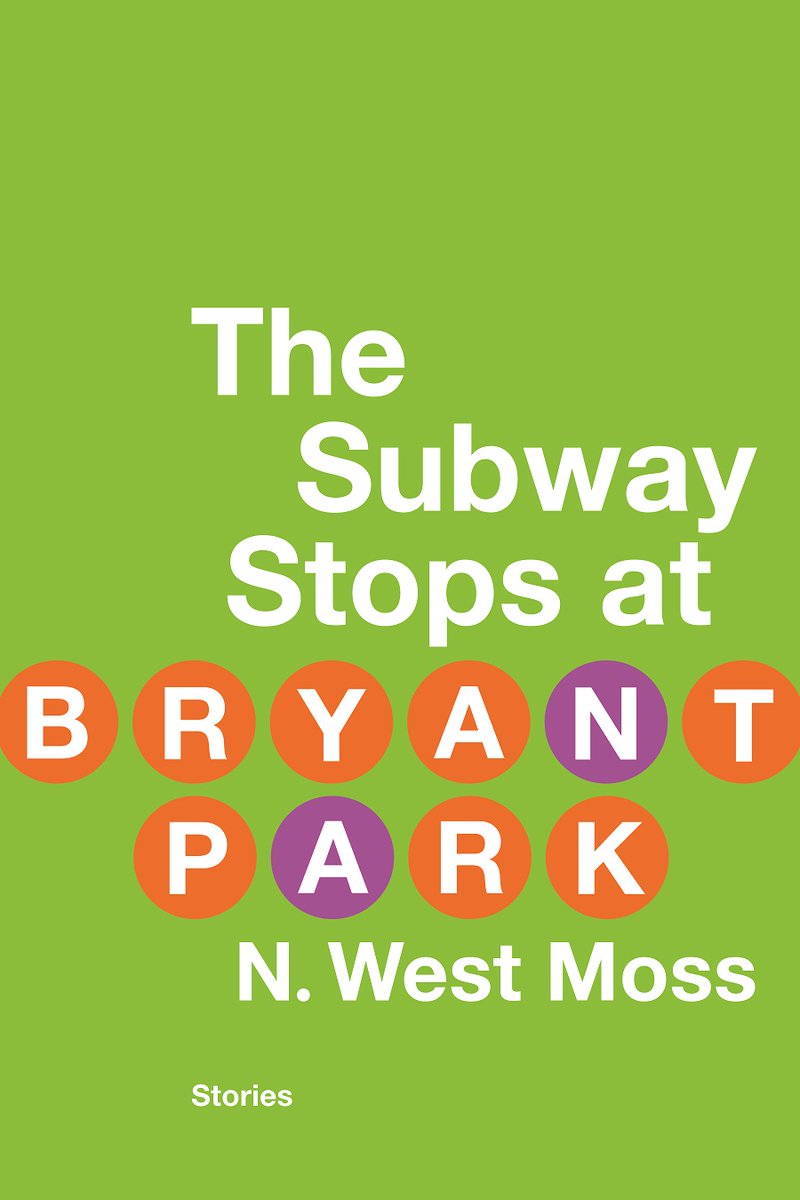 A Great and Heartbroken Love for the World: A Conversation Between N. West Moss and David Ebenbach