From the Archives: Celeste Ng offers compelling proof that storytellers aren't so different from scientists: both explore the same very large, very dark, very crowded room, poking and prodding and tirelessly asking, what if?

This week we’ve returned to Celeste Ng’s essay on the relationship between scientists and storytellers, which was originally published on April 9 of 2012. Ng’s newest novel, Little Fires Everywhere, was released by Penguin Press this week.

In a recent-ish piece for NPR, “A Deathbed Story I Would Never Tell,” Robert Krulwich describes an incident in the life of physicist Richard Feynman. It is 1945, and Feynman’s young wife has just died:

The nurse records the time of death: 9:21 p.m. He is empty with loss. What few things she had, he packs up; he arranges for a cremation, walks back into her room and sees that the clock had strangely stopped ticking. The hands are frozen at 9:21, the very moment of her death.

Feynman refused to believe this was anything but coincidence, and that, Krulwich insists, shows the difference between a storyteller and a scientist. As an avowed storyteller, “I couldn’t do that,” Krulwich insists. “I would want to, almost need to, imagine a higher audience for a moment like that.”

This alleged dichotomy—storytelling vs. science—is familiar to me. I grew up in a family of scientists: my father was a physicist for NASA, my mother a college chemistry professor and research chemist, my sister an aerospace and mechanical engineer. And that’s just my immediate family. My point is, though I may be a storyteller myself, I know something about scientists and what makes them tick. Moreover, my dad had a particular fondness for Richard Feynman, and he gave me copies of Feynman’s two memoirs, Surely You’re Joking, Mr. Feynman and What Do You Care What Other People Think? when I was about eight or nine. They were hilarious, and I loved them.

So the NPR essay struck a chord with me—it’s a prime example of how scientists and storytellers tend to treat each other: like one is from Mars and the other is from Venus. Says Krulwich:

Storytelling is what humans do. It’s part of our nature —but natures, I’ve noticed, differ. I am not a scientist. I don’t have a mind for what they do, which is to stick, doggedly, to hard facts, keeping emotion out of the room. It’s a discipline for them, a way of being, that makes them, well, scientists.

Actually, Krulwich makes a few surprising errors in this piece—for example, Feynman’s wife did not have Hodgkin’s disease, but tuberculosis, and in fact, the confusion over Arlene’s disease is one of the stories (yes, stories!) Feynman tells in his memoirs. But the most surprising error is more fundamental: he mischaracterizes both what scientists do and what storytellers do. We think of science and storytelling as polar opposites: Research versus art. Cold, hard facts versus hot, gushing emotion. But the truth is, they’re not even opposite sides of the same coin. They’re joined together on the same Möbius strip. 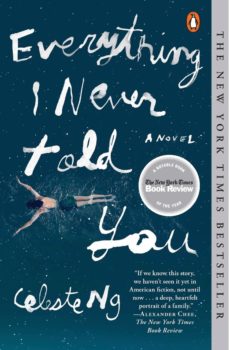 Scientists are, at heart, what-iffers. They are pokers and prodders. They are perpetual kids at play in the sandbox of the universe. Every science experiment boils down to this: what if I took this scenario and let it play out—what would happen? The child scientist wonders, what if I mix bleach and ammonia? (Answer: run.) The adult scientist wonders, what if I take this gene and change this little part of it? What will happen then? They may have ideas about what will happen: I think it’ll foam up. I think it’ll protect you from diabetes.

But often, when the scenario plays out, things don’t turn out as expected. The scientist pauses. Hmm. That’s weird. And almost always, the unexpected is more interesting than the expected. Take an experiment by another scientist in Krulwich’s essay, Ernest Rutherford. In his most famous work, Rutherford fired tiny particles at a tissue-thin leaf of gold foil. Based on the understanding of atoms at the time, he expected the particles to shoot through the metal in a straight line, like bullets through fog—and some did. But others riccocheted off at an angle. Some bounced straight back into a startled Rutherford’s face, leading him to say, “It was as if you fired a 15-inch shell at a sheet of tissue paper and it came back to hit you.” Maybe, he realized, they had the layout of the atom all wrong. (They did.)

So when the unexpected happens, as a scientist you perk up in delight. The universe has surprised you. You poke and prod a little further: Okay, so what if I mix THESE two things? What if I change this other part of the gene? You draw up a new scenario, a half-step different from the last, and let it play out, again and again and again, until you manage to pin down one small corner of truth.

Because let’s dispel two misconceptions here here: (1) that scientists steer their work with the precision and efficiency of steamship captains; and (2) that they are dispensers of infallible truths. Nothing about science is efficient. You pick and feel your way, as if through a very large, very crowded, very dark room. And in the end, what you have is your best guess as to what would happen, your most informed answer to this one what if. If you’ve done a good job, others will look at what you’ve done and say: Yes. This is important. And I believe you. 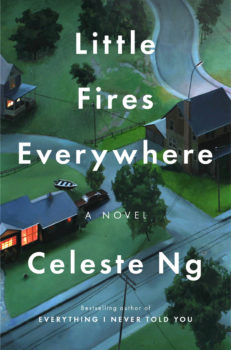 At heart, writers, too, are what-iffers. Where the scientist pokes and prods the atom, the brain, the genome, the writer turns on society, human behavior, the human heart. Every attempt to write a story boils down to the same question: what if I took this scenario and let it play out—what would happen? So-called genre writers do it all the time: What if robots could feel emotions? What if teens had to fight each other for survival? But literary fiction writers do it, too. What if three girls in swimsuits walked into a grocery store? What if a mother found a blood clot in her baby’s diaper? What if a lawyer defended a black man in the deep South from a charge of rape—and his young daughter watched it all unfold? Like an experiment, every good story starts with a what-if.

As a writer, you may have ideas about where the story will go. The clerk is going to get together with the girl in the pink bikini! The lawyer’s going to convince everyone that Tom is innocent! And then you start writing, letting the scenario play out, and things veer off course. Characters surprise you, wiggling their way into situations you did not intend, balking when you try to kill them off, or save them, or make them call their mothers. Out of nowhere, an astronaut brother appears, or a mute old man, or a golem. Suddenly you find yourself in the jungle, at the hospital, atop the Empire State building. The writer pauses. Hmm. That’s weird. And almost always, the unexpected is more interesting than the expected.

So when a story takes an unexpected curve, as a writer you, too, perk up in delight. The universe of your story has surprised you. You expected none of this, and yet you feel, in your bones, that this is right. You poke and prod a little further. Okay, so what if Scout confronts the angry mob at the jailhouse? What if the clerk quits his job? You draw up a new scenario, slightly different than the last, and let it play out, again and again and again. You stick to the hard facts of the story as you discover them, silencing your own emotions, killing your darlings, until you manage to pin down one small corner of truth.

And you fight the same misconceptions: despite the Hollywood image of a writer tapping industriously at the typewriter, nothing about writing is efficient, either. Writers pick and feel their way through the same very large, very crowded, very dark room. And each story, even when it’s finished, is your most informed answer to this one what if, your best guess at truth, anchored in total fiction. If you’ve done a good job, others will look at what you’ve done and say: Yes. I believe you. And this is important.

Both science and stories struggle to make meaning—however small—from the apparent chaos around us. And sometimes, small truths are enough. Understandably, Krulwich—like many others—wants Big. He wants to feel

as though the universe had somehow noticed what had happened, that some invisible hand slipped into my world and pointed, as if to say, ‘We know. This is part of the plan.’ […] I just want to imagine that the things that happen to me just might have — and deserve — the attention of the universe.

But can you imagine a story in which the main character’s clock stops at the exact moment his wife dies? Cliche! the critics would shout. Club us over the head a little more, please? It’s so easy to conflate “storytelling” with “symbolism,” or maybe with “sentimentality”—to forget that in the best stories, the meaning is made not in the telling, but in the mind of the reader.

So let me give you another example of science and storytelling. Here’s a passage from Feynman’s memoir: the moment of Arlene’s death, written some 40 years after the fact. He has raced from Los Alamos to Albuquerque—hitchhiking the last 30 miles after not one, but two flat tires—to find that his wife no longer seems to see him, or anyone.

I kept imagining all the things that were going on physiologically: the lungs aren’t getting enough air into the blood, which makes the brain fogged out and the heart weaker, which makes the breathing even more difficult. I kept expecting some sort of avalanching effect, with everything caving in together in a dramatic collapse. But it didn’t appear that way at all: she just slowly got more foggy, and her breathing gradually became less and less, until there was no more breath—but just before that, there was a very small one.

[…] I sat there for a while, then went over to kiss her one last time.

I was very surprised to discover that her hair smelled exactly the same. Of course, after I stopped and though about it, there was no reason why hair should smell different in such a short time. But to me it was kind of a shock, because in my mind, something enormous had just happened—and yet nothing had happened.

[The next day] I called the towing company and got back the car, and packed Arlene’s stuff in the back. I picked up a hitchhiker, and started out of Albuquerque.

It wasn’t more than five miles before … BANG! Another flat tire. I started to curse.

The hitchhiker looked at me like I was mentally unbalanced. “It’s just a tire, isn’t it?” he says.

We put the spare tire on, and went very slowly, all the way back to Los Alamos, without getting the other tire repaired.

Tell me that—though he sticks to the cold, hard facts, though he refuses to ascribe any divinely-prescribed meaning to the moment—his heartbreak doesn’t come through here. Tell me there isn’t a small truth here. Tell me this isn’t a story.