"Whether a novel is set in motion by a strange event, has an incredulous premise, or is riddled with bizarre scenes and interactions, they all demand a compelling response that aligns with the physics of the fictive world." Andrew Felsher on how strangeness in fiction can illuminate and reveal.

Many writers infuse strange premises, events, and elements into their fictive worlds, but only a few have transformed the strange into a window that reveals something vital about the human condition. When strangeness works in fiction, it’s not solely because of its strangeness but in what the strangeness evokes, given its strangeness. Still, an important question arises: if a novel is set in motion by an incredulous event, or contains incredulous conditions, why should readers trust and seek insight in the scenes that occupy the pages?

Most fiction—even if it’s an embellished autobiography—is not as tangible as the migraines one might get from scrolling through Instagram Feeds continuously for sixteen hours. Language can never truly penetrate lived experience. It’s a translation, an approximation, and a device that orients yet struggles to elucidate life. But strange fiction also must address the obstacle of establishing convincing responses to its bizarre or impossible premises, conditions, and events. George Saunders considers this in A Swim in the Pond in the Rain and writes of strangeness, “If a writer introduces a strange event, then lets the fictive world respond to that event, what we’re really learning about is what we might call the fictive world’s psychological physics.” If what we seek as readers is something that resonates and contains a window into the vital and relatable, then any strange component of a work must adhere to the psychological physics within the scene and the overarching narrative.

Helen Phillips opens her novel The Beautiful Bureaucrat with the line, “The person who interviewed her had no face.” Incredulous! And yet the efficacy of this memorably strange depiction of an interviewer hinges less on the fact of facelessness than on the way the narrator engages with this component of the fictive world:

Under other circumstances—if the job market hadn’t been so bleak for so long, if the summer hadn’t been so glum and muggy—this might have discouraged Josephine from stepping through the door of that office in the first place. But as things were, her initial thought was: Oh, perfect, the interviewer’s appearance probably deterred other applicants!

Although readers most likely have never encountered a faceless person, the job market’s bleakness coupled with a summer that was glum and muggy are both tangible. The anxiety that comes with job searching is effectively captured, rendering Josephine’s acceptance of the incredulous plausible, for she wants to put an end to her joblessness and surpass that “glum and muggy” summer. Perhaps it’s suitable to have a character without a face as a means to grapple with, penetrate, and reveal how individuals can become transformed from detailed beings with a face to something vague and folded into the container of numbers and facelessness, deprived of their subjectivity and drowning in the quicksand of corporate bureaucracy.

In much the same way people generally are not faceless, objects don’t disappear. If they do, then there’s a plausible reason. Your car might seem to disappear due to an abundance of unpaid parking tickets, thus inspiring the city to tow the car before you wake up in the morning. Food finds its way into your mouth, dives down the esophagus, and then disappears. All of this is explained by the physics we know. That is the physics of law, disquieting administrative systems, and digestion. But things don’t entirely disappear. That would negate everything we’ve been taught and feel in the weight of our bodies pressing against the balls of our feet. In The Memory Police by Yoko Agawa things actually disappear, or are disappeared, both physically and conceptually. We’re never provided with a clear how. This premise can certainly be interpreted as strange. In the following passage Agawa’s writing responds:

I think it’s fortunate that the birds were not disappeared until my father died. Most people on the island found some other line of work quickly when a disappearance affected their job, but I don’t think that would have been the case for him. Identifying those wild creatures was his one true gift.

Agawa explores the reaction of the protagonist to the strangeness of disappearances by including her reflection on her father and how “identifying those wild creatures was his one true gift.” This is reasonable. Anyone who has experienced loss has likely imagined how that person may have reacted to a circumstance if they were alive. The passage resonates, not because of the disappearance itself, but in how, through meditations on the disappearance, the protagonist brings us closer to her admiration for her father. What we’re really reading is about an individual searching for reminders of resilience, anything that can help her endure the dread of a disempowering system. Such disappearances can easily be associated with myriad circumstances in reality—from banned literature to suppressing anti-colonial narratives, or authorities justifying genocides, how law regardless of its effectiveness can be used to invade and destroy, forcing people to forget. Agawa’s passage continues:

When the hats were disappeared, the milliner who lived across the street began making umbrellas. My nurse’s husband, who had been a mechanic on the ferry boat, became a security guard at a warehouse. A girl who was a few years ahead of me in school had been employed at a beauty salon, but she quickly found work as a midwife. None of them said a word about it. Even when the new job was less well paid, they seemed to have no regrets about losing the old one. Of course, had they complained they might have attracted the attention of the Memory Police.

Notice how Agawa differentiates the responses of characters, thus creating contrast between her memory of her father, who wouldn’t have found another line of work quickly, compared to the milliner making umbrellas, a mechanic becoming a security guard, or the employee of a beauty salon becoming a midwife. Agawa emphasizes both the apparent adaptability of people and that, “None of them said a word about it. Even when the new job was less well paid, they seemed to have no regrets about losing the old one. Of course, had they complained they might have attracted the attention of the Memory Police.” Again, we’re not responding to the disappearance but in the capacity for people to adapt and forget. Moreover, the piece illuminates how the authority has instilled fear in people, thereby desensitizing society from the malice that comes with the disappearing of things. Hence, even though a strange premise exist, the responses are all credible, given the strangeness. Agawa’s protagonist then realizes, “People—and I’m no exception—seem capable of forgetting almost anything, much as if our island were unable to float in anything but an expanse of totally empty sea.” A disappearance, and all that comes with it, becomes a metaphor for how events and circumstances “get” forgotten. We respond, as readers, to the tangibility of not only fear and silence but the search for people to find pockets within repressive circumstances where they can remember and where the past refuses to be forgotten.

In Franz Kafka’s The Castle, although nothing physically impossible happens, such as a character transforming overnight into a chipped coffee mug or a character getting interviewed by someone without a face or birds being disappeared, there are many instances throughout the novel that can be perceived as incredulous or bizarre that demand our close attention. 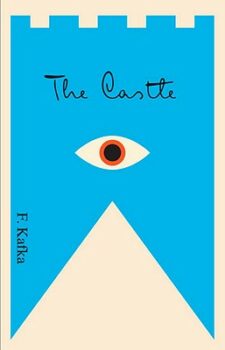 Kafka’s protagonist K. arrives in a remote village to get access to a castle, where he has been informed by the count that he would have a position as a land surveyor. After enduring numerous unnerving delays, K. unexpectedly gets visited at his residence by the teacher, whom he didn’t know well, at which point K. takes off his shirt and cleans it in the wash basin, as if nothing is out of the ordinary. When the teacher moves closer to speak, since it’s difficult to hear over the splashing of water, K. excuses himself before the teacher claims that K. had been uncivil to the village mayor. This whole interaction feels strange, even though it’s not physically impossible. K. responds in dialogue to the teacher: “But it’s true that I had something other than elegant manners to think about, something of importance to my very existence, which is threatened by a disgraceful official organization the details of which I need not describe to you, since you yourself work actively for the authorities.”

K. is clearly disgusted with the official organization for which the teacher actively works. K’s accusation of “disgraceful” and his aversion to describe anything to the teacher becomes the initial response to the strange interaction. What makes this response reasonable is not so dissimilar to the ways strangeness or other-than-normal behavior manifests in the world outside fiction. If an individual distrusts an authority or a system, their behavior may deviate from orderly. In recent years, repeated instances of blatant police brutality has provoked impassioned demonstrations and protests, where people may have manners that are, as K. states, “other than elegant.” The psychological physics of protest is contained in the response to the illogical, incredulous event of a senseless murder or the lingering plague of racial oppression. As such, K.’s cleaning of his clothes and washing himself is permitted within the physics embedded in the fictive world, where K.’s contempt for the organization is relatable, even if the events are obscure and incredulous. We respond, as readers, to the plausibility of the response, not the plausibility of the bizarre event.

It indicated that in the mayor’s view he was in a position to do things in his own defence which justified the parish council in going to some trouble to protect itself. And how seriously everyone took this!

Again, K.’s use of logic to better understand the mayor’s view shows how he maintains the illusion that he has at least some clarity about his environment and the absurd processes that contribute to it. A pivotal device in Kafka’s world is K.’s penchant for reassuring and adjusting his interpretation of his bizarre environment and circumstance. Without these insertions of logic, K.’s movement through the strange maze in which nothing concrete is revealed would be pure strangeness. Hence, the only truly tangible element of this piece is K.’s interpretation of his surroundings. He becomes responsible for ascribing context and meaning to his surroundings. As K. tolerates the absurd, his movements and the changes in his perspective are what makes him deeply human, thus exposing the absurdity of power and control, how even a highly intelligent and sincere protagonist can become gradually unhinged under such circumstances. That’s why breaking up a grounded scene to apply logical insight from the perspective of the protagonist can be pivotal in adhering to the fictive physics in the piece.

Whether a novel is set in motion by a strange event, has an incredulous premise, or is riddled with bizarre scenes and interactions, they all demand a compelling response that aligns with the physics of the fictive world. Depending on the piece, it may be best to achieve this through relatable dialogue or it might benefit from applying a logical interpretation from the perspective of the protagonist. Great novels that rely on strangeness can still illuminate and reveal. They can still express the inexpressible. 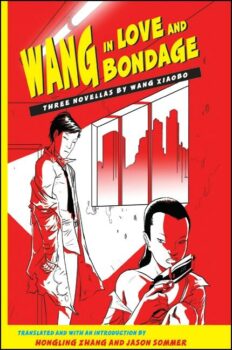 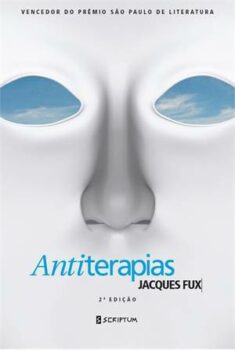