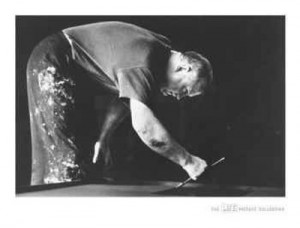 About twenty years ago an artist friend mentioned this quote to me in a moment of liberation. He’d been doing a lot of reviewing of art shows, getting his name out in the Colorado art community, writing a column (not unlike Quotes and Notes) for a local paper, etc. But he got tired of writing about other people’s work and having to evaluate their shows because it stole attention from his own work. He quoted Ad Reinhardt’s simple, one-line journal entry as he announced a personal moratorium on reviews, interviews, community-building efforts, and other such activities.

It was a declaration of independence, a separation of the self from the art-world machinery, and it struck me because I wanted to do the same thing. At the time I ran an art-house film series and was constantly “hanging other people’s work,” mostly by trying to get media attention for their movies. I longed for a life in the arts that didn’t require so much administration, that showcased my work instead of other people’s. After his announcement my friend had a terrifically fertile period in which he produced a lot of new work, but then he got lonely and a little bored and reached out to the community again—doing reviews, building communities, etc. When he did that, it seemed perfectly natural—a development rather than an about-face. It made me wonder if Ad Reinhardt ever went back to hanging other people’s art, and if so, how many times he reversed poles over the course of his career. It also makes me wonder if Reinhardt would (or could) declare a permanent moratorium on “hanging other people’s art” in today’s world, facing a vastly different socio/creative landscape. New York in the mid-20th century bustled for artists like few places in history, but it seems quaint and provincial compared to the Internet-fueled, endlessly interwoven creative world of today. When Ad Reinhardt was an up-and-coming artist in the 1930s, he had a different game to play because his scene was predominantly local (though with global ramifications). Now we have global scenes, with people who’ve never met interacting across continents, and this has changed the nature of creative life and careers entirely.

So when I think about Reinhardt’s decision to stop hanging other people’s art, I simply can’t put it in today’s context. Can an artist of any stripe realistically build a career now without, in some way, doing a bit of that hanging? This question is especially apropos for writers, since the medium through which we increasingly publish (the Internet) is also the medium through which we build our communities. The landscape of our endeavors is, in this way at least, narrowing. The writer’s job description is fundamentally changing so that fewer and fewer of us will have the option Reinhardt described. We are no longer merely in the business of creating content, but in the business of sharing content (a.k.a. “hanging other people’s work”) as well, whether the “hanging” we do takes the form of doing reviews, writing blurbs, or simply flagging a friend’s book as TO BE READ on Goodreads. The idea that one can cocoon in the isolated creative life and then surface into the public one at will has largely been destroyed by the very same online communities that we build—including, for instance, the online community you belong to as you read this column in Fiction Writers Review. 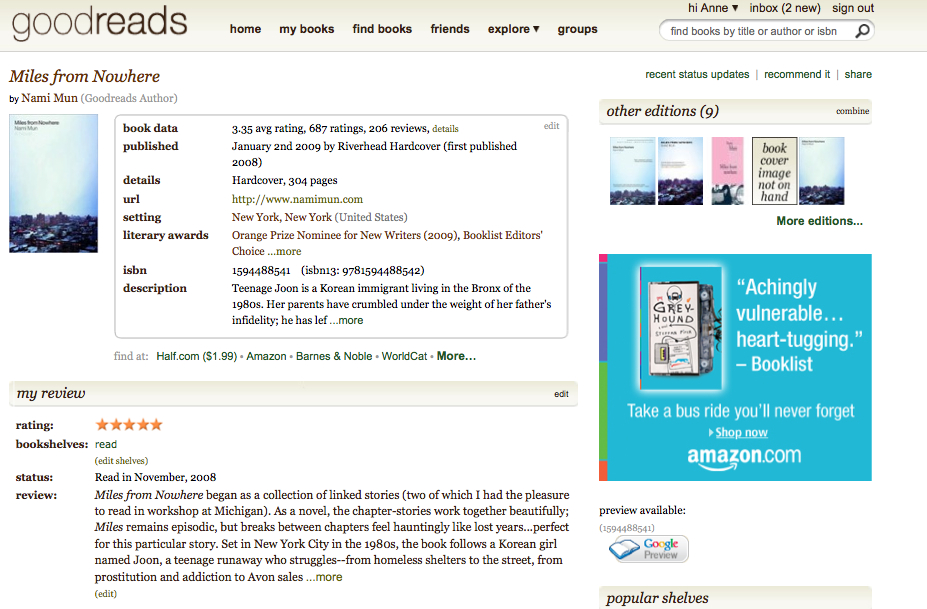 I would love to say that I’ve found a balance between creating and hanging, but I haven’t and I don’t know if I ever will. Almost everyone I know who lives a literary life spends a fair amount of time bouncing between those two poles, usually focusing on one and doing the other in crammed, spare time. One month there isn’t enough time to work on the novel because of the reviews we’ve promised, the teaching we do, etc; the next month, there isn’t enough time to generate even a paragraph-long blog posting about a mentor’s latest book. When I think about my ideal job description as a writer, I picture a perfect, continuous balance between those poles. This balanced me will set aside enough time to delve into my characters without worrying about what time it is, and after he’s satisfied with that he’ll write a column like this one, do one of the reviews he’s promised, or write some queries about an editorial project. He’ll figure out the formula someday, find the perfect balance that will allow him to be productive in his writing room and still participate meaningfully in the literary community. But this best-of-both-worlds scenario is almost guaranteed not to happen. Instead I’ll spend most of my writerly life feeling out of balance, like I’m leaning too far in one direction or another. I’ll cocoon until the pile of community-building work gets too big for me to ignore, then plunge into it so fully that I’ll forget where I was in whatever creative project I’d been pouring my energy into. Sometimes I kick myself for trying to find a balance at all, instead of finding some solace in the rhythm of these alternating currents in my life. Ultimately it may not be a balance that’s meant to be struck at all—not an ideal equilibrium point that one achieves and maintains, but a series of push-pulls, of sometimes jerky adjustments to one’s creative mojo. Maybe we’re not meant to be comfortable with this dual life at all, but meant to struggle with it and continuously find an always-new path through the two poles.

Or maybe it’s just me, being a stick in the mud about the Internet and pining—self-sabatogingly—for some imaginary “good old days” when I could do what Ad Reinhardt did and declare myself done with hanging other people’s work entirely. But nobody can get away with that anymore; it smacks of arrogance and selfishness, of a star system that places some artists above the fray and others directly in it (with the ones “stuck” in the fray struggling to prove themselves worthy of rising above it). I don’t think the writing community works that way anymore, if it ever did. As the Internet “flattens” the landscape, converging the ways we publish our work and the ways we hang other people’s, readers are going to assess us based on how we participate in the community. So are publishers and publicists, who seem hell-bent on quantifying our potential markets based on the size and demographic nature our platforms, as well as the number of “clicks” we can generate. 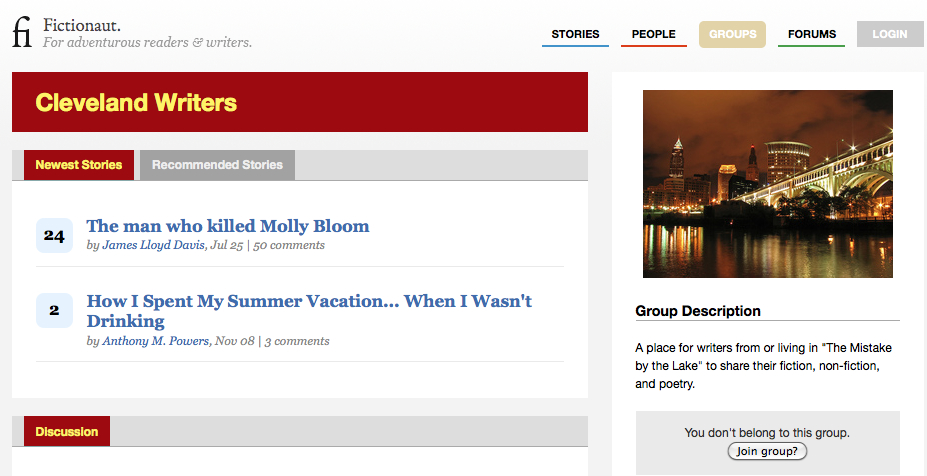 But more importantly, our fellow writers will assess us based on our level of participation and on whether we place ourselves above the fray or within it. Can anyone really afford to act above the fray anymore, save the most established writers out there? Yet as I say this, I have to face my own failings in this regard. I haven’t logged on to Goodreads in over a year, though I’ve read plenty of books in that time. (Having to assign “stars” to everything doesn’t help.) I haven’t taken the time to navigate Fictionaut, a dynamic online fiction community, and I haven’t become an online reviewer on Amazon. I fail to leave comments on almost all the literary blogs I read, fail to respond to (and sometimes even fail to notice) what people say about the things I’ve written.

What’s stopping me from doing all these things? I look around at writers who do a lot of “service work” by staying involved in online communities, and sometimes that work seems more like politicking—building up “clicks”—than community building.

Then a moment later it looks selfless, participatory, and part of the new model of the writer’s job description that we need to accept and embrace. It looks like people engaging in the kind of aesthetic discussions that Ad Reinhardt might have come to blows over during his heyday, and I feel like I’m missing out. I find myself envying people who to the community thing naturally and effortlessly, and I wonder how they have the time and energy to do it and still be creative.

So I ask you, readers of Fiction Writers Review. How do you strike your own balance between cocooning and surfacing, between creating work on your own and hanging the work of others? Tell me your secrets. I’ll read the blog posts. Teach me. Quotes and Notes is a craft essay series by Steven Wingate. His short story collection Wifeshopping won the 2007 Bakeless Prize in fiction from the Bread Loaf Writers’ Conference and was published by Houghton Mifflin in 2008. In 2010-11 he will be Visiting Assistant Professor of Creative Writing at College of the Holy Cross in Worcester, MA.