"When I turned 50, I thought, I’m going to be dead soon, I’m kind of out of time and I started writing seriously."

There’s a Lot to Know: An Interview with Laura Scalzo

"I learned the craft of writing first by reading, then by writing, then by reading again": Laura Scalzo answers Kate Lemery's questions about her journey as a writer and her 2018 debut, The Speed of Light in Air, Water, and Glass.

Readers who enjoy encountering facts on unexpected subjects will love Laura Scalzo’s debut novel, The Speed of Light in Air, Water, and Glass (One One Two Press, 2018). Like a millennial Holden Caufield, Laura’s captivating heroine, Julia Bissette, rebels against participation in a national STEM competition, where she is a finalist for her project on fractals, and goes underground in Washington, DC, for several days. In the course of her adventures, she befriends a young Japanese ambassador and a boy seeking the truth of his grandfather’s disappearance; discovers Clover Adams, Japanese paintings, and a secret war in Laos; and finds growth and meaning along the way.

Laura makes it easy to fall in love with Julia’s story, but also with Washington, DC, which is knowingly and beautifully rendered. The Speed of Light in Air, Water, and Glass is a book to savor a second or third time, so one can fully appreciate the clever prose and fascinating references.

After earning a degree in English from Syracuse University, Laura worked in advertising and on Wall Street before writing full time. I met her after our short stories were chosen for Grace and Gravity, an anthology of DC women writers, where her witty “War & Peace in Sans Serif” was among my favorites. Her story, “The Power Game,” placed in the 2018 Writer’s Digest Short Story Competition. She and her family live in Washington, DC.

Laura and I conducted our interview over email.

Kate Lemery: Like many writers, you read heavily when you were young. Who where your favorite fictional characters?

Laura Scalzo: My grandmother gave me the entire Little House on the Prairie set and I read them back to back three times over. I loved the combination of Laura Ingalls Wilder’s storytelling and the history and the fact I was Laura, too. As an adult, I’ve come to learn that her portrayals of Native Americans are problematic. Knowing that helped me grow as a person and a writer. Those books were my canon. You know what? Canon can evolve. We can evolve.

Another favorite was Claudia Kincaid from The Mixed-Up Files. I love love loved the very idea of taking the train to New York City and having an adventure. I loved that the reward for her spirit and bravery wasn’t money or fame but a higher understanding. That book was absolutely an inspiration for The Speed of Light.

As a parent with young kids, I fell in love with Ramona. Beverly Cleary is a master storyteller. Our whole family listened to the Ramona books read by Stockard Channing over and over. They are fun and funny and poignant. Beverly Cleary’s respect for children comes through in every sentence. Kids feel that. 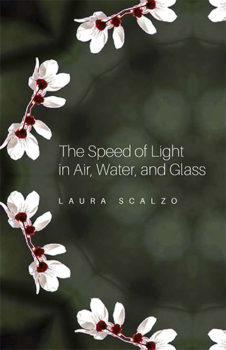 As an adult, which book or books do you always recommend to others?

War and Peace. A Russian friend once told me that because Russian writers often couldn’t talk about their ideas openly, important themes in their fiction exist in the unsaid. Reading that book—Anna Karenina, too—is such a rich experience. People worry it will take forever. That’s the best part! You never want it to end.

The other book I am always recommending is Emily Wilson’s translation of The Odyssey. It’s so dynamic, just riveting. She’s brought the female characters forward in a way that make it unendingly fascinating for me.

How did you learn the craft of writing?

First by reading, then by writing, then by reading again. I always wanted to be a writer, but I didn’t know how to go about it. Reading made be happy, so I did that. When I was at Syracuse, I discovered that declaring an English major meant you got to read books all day and I thought, sure. I had many fantastic professors who took me places I might not have ever known.

Raymond Carver was teaching at Syracuse then, but you needed a short story to apply for his class. I didn’t have a short story and I didn’t know how to write one so that was that. I took that feeling of being boxed out really hard. After college, life in general took over and it was years before I got on track for what I consider my life’s work. When I turned 50, I thought, I’m going to be dead soon, I’m kind of out of time and I started writing seriously.

Turns out there’s a lot to know. Right away I struggled with tense, time, POV, and so on. All these extremely useful things I’m guessing you learn in an MFA. I started reading specifically to learn these things. For example, David Sedaris is incredible for moving forward and backward in time. I just finished Dracula which is a study in a story being told from multiple points of views.

Can you explain your novel’s evocative title? Was it the first title you came up with?

Because the novel is in first person, I felt the title should be in Julia’s words. Julia’s not a great student but she has some deep interests—fractals, certain other STEM-related areas. So, she knows things I don’t. I had to work to keep up with her, which entailed a lot of science reading. The book’s title is a science phrase that comes up when you get into the properties of light Although . . . if you google it now, my book comes up. So that’s cool.

The first title was Walking the Palace Dog. I still like that but it’s a bit obtuse. Palace Dog was the name of the covert operation in Laos and Julia was the family dog walker. But more than that, there was her chopped liver feeling of not quite being a part of her mother’s new family.

Two opposite things can exist simultaneously. Anger and longing. Here and gone. Particle and wave.

Fathers and their children are a theme in this book. Can you talk about why you chose to explore that?

I like to say I’ve always been a writer because I see the world in metaphor, but the truth is, it’s just something I’ve felt I was born to do. Two people knew that for certain, me and my dad. He was in coma, but on the day he died I promised him I’d write that book.

Then he was gone but I felt his presence everywhere. That’s a theme in the story, here and not here. A funny thing is I had a concussion at the time, so I actually forgot I promised him. I was about halfway through the first draft and I remembered. It was a shock.

Incidentally, my own concussion(s) informed the traumatic brain injuries elements of the story but also, a friend of mine, T. Miller was working on a heart-wrenching and important story about TBI in the military around that time.

You’ve said in a previous interview that for you, truth is power. What truths does Julia Bissette, your novel’s protagonist, discover?

If I can be so changed by a girl who lived a thousand years ago, I can change a girl a thousand years from now. I’m not myself over and over again, or even a star waiting to implode or explode. I am the opposite of doomed.

Benoit Mandelbrot is the inventor of fractals. I was reading the paper one morning and I came across his obituary. I’m not a regular reader of the obit page but it was a long and fascinating piece. I tore it out and put it in my pocket. That’s how my interest in fractals began.

The scene in my head that started this novel was a boy asleep at the Vietnam Wall. I had to ask myself, “What is he doing there? Why is he sleeping. What’s going on?” I answered that the name he wants to see isn’t there. Why is that? And so on.

Tell us one thing we wouldn’t find out about your novel from its book jacket? 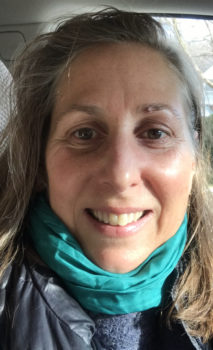 Two opposite things can exist simultaneously. Anger and longing. Here and gone. Particle and wave.

Was there a question you wanted to answer, for yourself, while writing this novel? If so, was the answer revealed and was it at all surprising?

I wanted to know how you go on when someone you love disappears. I discovered that if you stay brave, keep seeking, that person never goes away. And then I discovered something else. My own time on this earth is simultaneously short and eternal.

A novel for adults called Daughters of the Narrows. Two young woman, one a foundling, one a child of privilege, each reaching for the opposite place from where they came. There’s also an Orpheus myth wrapped in the theme of transcendence. It takes place over the year 1985.

I look forward to reading it.