"The prose is unadorned, and it’s utterly fearless in conveying the complexity of human emotion."

J.A. Bernstein says of Michael Pitre's Fives and Twenty-Fives: "It would not be an exaggeration to say that this might be the best novel to come out of the current carnage in Iraq."

by J. A. Bernstein

If Jonathan Safran Foer could write a war novel, this would be it. Michael Pitre’s recent Fives and Twenty-Fives (Bloomsbury) features the same slapstick foreigner—this time, an Iraqi interpreter, rather than a hapless Ukrainian, as in Foer’s Everything is Illuminated (HarperCollins)—with a mind-bending arsenal of pop culture references, a cute, Americanized name (“Dodge,” he goes by), and a comical malaise among women. He also connects with a sensitive, American protagonist, one who’s lost in his foreign surroundings and yet hell-bent on claiming some measure of moral clarity. Oh, and the first-person perspectives are interlaced with assorted letters and gripping, historical drama, though in Pitre’s case the Nazis are replaced with Ansar al-Islam.

The difference in the novels is that Pitre’s is really good. Ostensibly a war novel, Fives and Twenty-Fives focuses as much on the home front and the afterlife of war as it does the chaos of battle. In that sense, it follows closely in the wake of Swofford’s Jarhead (Scribner, 20013), Klay’s Redeployment (Penguin, 2014), and a litany of other Iraq I and II writings. Where it differs is in embracing Foer’s postmodernity. The framing, for lack of a better word, is the arrayed perspectives of three members of a platoon: their gritty lieutenant, who dreams of nothing more than completing an MBA, making good cash, and sailing away on a self-refurbished boat; a formerly drug-addicted hospital corpsman, who takes up with an art student (how predictable is that?) and nurses a lingering fear of fireworks; and, of course, our hapless translator, whose backstory, prior to his collaboration with the Marines, proves a labyrinth of shifting entanglements and colors his future unease in Tunisia, where he finds himself caught up in the throes of revolution once again. Pitre’s is a serious book, and where Foer, for his part, relies on schlock humor to connect the young foreigner with American readers, Pitre relies on sentiment. There’s schlock, as well, but Pitre’s translator becomes far and away the most powerful character in the book, usurping the two Americans—who, perhaps because they more closely resemble the author and thus depend less on his imagining, aren’t given the full range of emotional depth—and resulting in one of the most complex depictions in all of contemporary writing.

Without giving away too much of the story, as other reviewers have done, I’d like to call your attention to one passage in particular, which highlights, if nothing else, Pitre’s particular artistry. The scene involves the interpreter.

When my father smiled and opened his arms for me, I went to him, wrapped my arms around him, and wept. I wept with happiness for seeing him alive and with regret for not having returned home from Professor Al-Rawi’s office, all those months before. For being afraid to fight. I wept with guilt for not trying harder to find him. I wept like an orphan.

The prose is unadorned, and it’s utterly fearless in conveying the complexity of human emotion—in this case, the torn feelings of a protagonist who’s both abandoned his father and yet found himself perpetually awed by him.

Sure, there are clichés in this novel, as there are in any war novel. The enemy, it turns out, is not the raging Muslims, whose rage, as it were, is well-explained by the indignities they suffer; but rather the self-seeking, cushy-lived, American politicos, who are epitomized most caustically by a twenty-something diplomat escorted through the desert by Blackwater guards. He rides around in a heavily-armored Suburban, sports a blazer and dress slacks, needlessly endangers soldiers’ lives, and says things like “this is an opportunity to win the war…To show the Iraqis that we are here to help,” which would sound eminently believable had it sprung from Dick Cheney’s lips. Likewise, the rich kids back home, whose favor the ex-Lieutenant is obliged to seek, recoil from his traumatic war stories. Even the lone woman in the platoon, Sergeant Gomez, is, despite some muted affection later on, shown to be tough-as-nails, perhaps countering the stereotype that women can’t fight but doing little to unearth her full character. 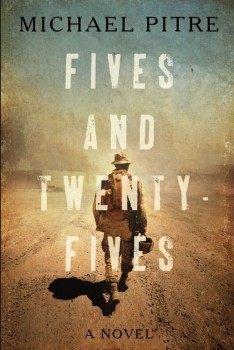 Yet there is an undeniable beauty to this novel, especially when encountering foreigners or those of a sort with whom the author was probably least acquainted during his service and who thus spring more from his imagining. In one small scene, the Lieutenant stumbles on a national guardsman dialing home in a base’s phone center. “He had gray hair and deep wrinkles in his face,” and the man’s entire exchange with his beloved consists of a repeated demand: “Put the money back in the account.” No words are exchanged between him and the Lieutenant, but the scene is so gripping for what it implies—about the sheer callousness of war, the motivation of those forced to deploy overseas, the sheer inhumanity of serving there—that it almost reaffirms Hemingway’s Iceberg Theory, if not the minimalism of someone like Carver.

Those small, gripping scenes—terse in their descriptions, brief in their encounters—also make one wonder why Pitre would feel the need to rely on a Foerian postmodernism, what with its nonlinear sequencing, array of found documents, and multiple, first-person perspectives, when he does the traditional storytelling so fucking well. It’s almost as if he’s afraid to embrace that simplicity because the traditional lions—Hemingway, Mailer, Remarque, Jones—are breathing down his neck. But the Iraq story needs to be told, and while disjunctiveness perhaps works in Pynchon, O’Brien, Vonnegut, and others of the wars in between, and while it probably does have something to say about the vagueness of memory, the impossibility of language, and all that postmodern B.S., the fact is that few, if any, writers can describe a foreign setting so well.

I took a shortcut back to the company area, deciding to climb the berm and spend some time looking down at the river. I scrambled my way to the top and sat just as the full moon cleared the buildings behind me. The light painted the river behind and the flooded fields and shimmered in the exhaust of every generator in Habbaniyah.

The only problem with this superb description is that it comes 236 pages in, by which point the reader has been introduced to about twenty different locales, half of them Iraqi, and very few of them described with the same tangibility and precision. One can only marvel at the thought of Pitre rewriting this book conventionally, delving deeper into the characters he doesn’t yet fully know (frankly, the Lieutenant in these pages isn’t much blander than Hemingway’s Robert Jordan), and letting his storytelling heart go to work.

That said, as in Hemingway, good writing trumps structural issues, as well as the occasional fault, and it would not be an exaggeration to say that this might be the best novel to come out of the current carnage in Iraq. Whether it will stand the test of time depends on whether readers can recognize references to 50 Cent, Blackwater, hidden caches of unconventional weapons, and other relics of a (hopefully) bygone era. 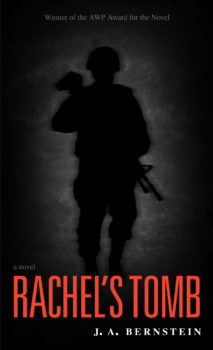 Soldiering On: An Interview with J. A. Bernstein 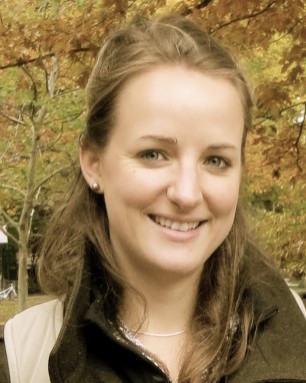 Lost and Found: Fictional Takes on the War in Iraq