"Cline may be at her best when describing the landscape of teenage femininity."

The Girls, by Emma Cline

"Should we fear these women or sympathize with them, or—somehow—manage to do both?": Mary Stewart Atwell reviews Emma Cline's debut novel, The Girls, out this month from Random House.

What is it about the Manson murders? It’s been forty-seven years since Charles Manson and his followers murdered nine people in a five-week spree in southern California, and yet the crimes remain an indelible part of our public consciousness. In the literary world, novels loosely based on the Manson saga have become a mini-industry of their own. Several years ago, Zachary Lazar’s masterful Sway told the story of a Manson hanger-on named Bobby Beausoleil and his tangential involvement with both filmmaker Kenneth Anger and the founding of the Rolling Stones, and this year will see the publication of not one but two novels loosely based on the women of the Family: Emma Cline’s The Girls, out this month from Random House, and Caroline Leavitt’s Cruel Beautiful World, which will be published by Algonquin in October. This new interest in imagined fictional versions of Manson’s female followers is especially intriguing: what do their stories tell us about violence, madness, and the place of women in late twentieth century America? Should we fear these women or sympathize with them, or—somehow—manage to do both? 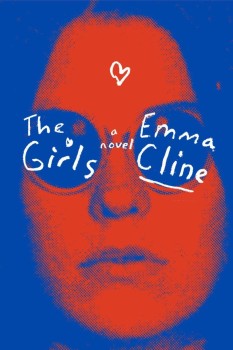 In Cline’s The Girls, murder and chaos are far from the mind of her protagonist, Evie Boyd, growing up lonely and bored in late sixties northern California. Evie lives with her recently divorced mother, but spends most of her time with a friend named Connie. The girls listen to records and try different styles of makeup in different lighting schemes, readying themselves for the male attention that has yet to come their way. “How desperately Connie and I performed these rituals,” Cline writes, hoping that “some proof would solve itself and a new life would spread out before us.” When Connie turns on Evie, she finds an unexpected new community in a group squatting on a nearby ranch. The center of this collective is Russell, a would-be musician and shaman-like figure clearly modeled on Manson, but Evie finds herself most drawn to a girl named Suzanne, who becomes a figure for everything Evie would like to become. It is Suzanne’s carelessness, above all, that draws Evie to her; on a late night drive on a coastal highway, “Suzanne drove in the wrong lane sometimes, and we shrieked with happy and confused terror, though…I did not believe anything bad could ever happen, not really.” Suzanne is magnetic, but there is something unsavory about her too. At the beginning of the novel, Evie sees Suzanne Dumpster-diving for raw chicken behind a supermarket; when she later catches a glimpse of Suzanne’s bare breast, she compares “the gruesomely fetal quality of the chicken, the cherry of the girl’s single nipple.” Desire and revulsion are inextricably linked, even mutually dependent.

Cline has an acute eye for the detail that establishes setting and characterization, and The Girls is, on the sentence level, an astonishingly well-written book. When Evie and Suzanne break into Evie’s neighbors’ house—a rehearsal for the break-in and murders that the reader knows are coming—they leave “golden tubes of lipstick like shell casings in the carpet.” Cline may be at her best when describing the landscape of teenage femininity, where she gets both the period details (Evie shellacs a pimple with “beige putty of Merle Norman”) and more general observations exactly right. On meeting Russell, Evie is intrigued on being told that he will see through her disguises and understand her better than she understands herself: “The possibility of judgment being passed on me supplanted any worries or questions I might have….At that age, I was, first and foremost, a thing to be judged.” At moments like these, Cline’s skillful excavation of the anxieties and awkwardness of young womanhood may call to mind Alice Munro. Evie is convinced that femininity condemns her to compliance, and relishes the experience of being directed by personalities stronger than her own. “That was part of being a girl,” Cline writes. “You were resigned to whatever feedback you’d get….The only thing you could do was smile from the corner they’d backed you into.” 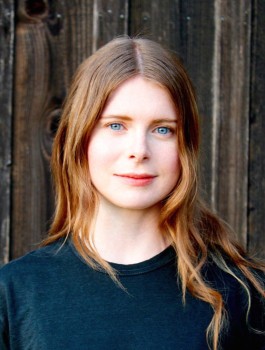 Despite this build-up of tension, though, the reader knows early on that Evie will not follow Suzanne and Russell’s other followers into murder. A series of scenes narrated from her middle age reveal that she was never prosecuted in connection with the crimes, and that few people know to associate her with the group at the ranch. To a certain extent, this diminishes the novel’s narrative thrust; Cline knows that the reader expects carnage, and yet it (and the man who directs it) clearly interest her less than the relationship between Evie and Suzanne. This isn’t to say that the crisis, narrated by Evie at secondhand, isn’t intensely gripping. One passage I found genuinely painful to read, and haven’t been able to forget. The power of Cline’s writing resides in its keen sensitivity to the present moment, and she uses this talent to its full potential in these climatic scenes.

However, Evie’s passivity and her failure to take clear responsibility for her role in Russell’s evil drama may feel just as opaque to the reader at the end of the novel as the beginning. Though she knows that she has taken part in something horrific, she can’t surrender her conviction that she and Suzanne—the eponymous girls—are at the center of the story. Their relationship still fascinates Evie, even in the scenes narrated from her adulthood. In retrospect, she sees it clearly, as a perverse kind of love: romantic, sexual, but founded at bottom on a profound sense of mutual appreciation. As Evie reflects at the beginning of the story, “Girls are the only ones who can really give each other close attention, the kind we equate with being loved.”