"Nick taught me that there are no secrets. There is only the work, the sitting down at the desk and trying to say the unsayable, scribble the sentences and see if they stick."

Dean Bakopoulos on Nicholas Delbanco's generosity as a mentor and a teacher, as well as the gift of being offered a place at the table.

Editor’s Note: In honor of Nicholas Delbanco’s retirement from the University of Michigan, Fiction Writers Review has dedicated this week’s content to a celebration of Delbanco’s influential career as both a writer and a teacher. Delbanco is the author of nearly 30 books of fiction and non-fiction and is the recipient of numerous awards. On December 4th, a symposium entitled “The Janus-Faced Habit: The Art of Teaching and the Teaching of Art” took place in Ann Arbor as part of a tribute to his legacy.

I attended my first Hopwood Tea during the winter of my sophomore year at The University of Michigan, a supposedly simple occasion that filled me with colossal dread. I worried I’d wear the wrong thing, say the wrong thing, or spill my tea (I never drank tea, but assumed that’d be the only offering; the word “tea” used to describe an event had never been in my vocabulary before). I also wore a thrift store tweed blazer, assuming a jacket might be required.

I was there because my professor, Nicholas Delbanco, whom I’d just met, had told me that this was the place to meet all the other writers on campus, and I desperately wanted to be included in that group. I remember walking into the Hopwood Room on a Thursday afternoon and, upon seeing that rich woodwork, those epic bookshelves, that spiral of literary journals at the room’s epicenter, around which circles of writers—real writers—stood laughing and chatting and sipping tea, I promptly decided that I should turn around. Something in the air felt rarified and beyond my reach, and my chest burned with an anxious feeling of fraudulence I would probably now describe as a panic attack.

But then my darting eyes landed on Nicholas Delbanco, my professor, and, seemingly delighted to see me, he smiled and extended an arm in what I now call the “Delbanco Wave,” a kind of across-the-room hug—one hand on hip, one hand extended outward—that makes you feel as if you’re being ushered gently onto a warm stage, maybe to thunderous applause.

This was Nick, classic Nick, inviting another writer into the conversation, pulling yet another chair up to that crowded table. (I think that was the day he introduced me to Charlie Baxter, Eileen Pollack, and Elwood Reid, all of whom would also become important mentors and, later, friends.) 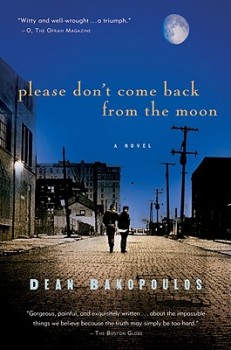 It’s widely known that Nick has many gifts as an author and teacher and leader, but the gift I remember most strongly, and with an emotion that can only be described as love, is that he welcomes in all of us who strive to create literature, and lets us know there is no scarcity at this particular feast. He makes the writing world into a world of loaves and fishes. Eat all you want. We’ll make more!

I remember the joy I felt in his workshop after that afternoon, feeling I’d been let in on a secret. I remember diligently hanging on his every word (I wrote many of them down), reading into his every nod of admiration and every bemused grimace. He had a way back then of delivering criticism that made one smile sheepishly and nod upon hearing it.

I remember how he outlawed references to film and television in our workshops that semester, and insisted that if we make allusions and comparisons, we allude to the literary and not the pop. And, of course, I remember what he said to me in the hallways of Mason Hall one evening, during a break in the class, just after I’d heard a mountain of criticism in the workshop room.

“I can count on one hand,” he said, “the number of undergraduates who have impressed me more.”

That created a monster. Here was a man who’d published more books than my years on the earth, and he’d just opened the gates I thought would never be open.

Does it seem like overstatement to say that at that moment I was sure I would be a published novelist someday? It doesn’t to me. I was so excited I couldn’t fall asleep that night. I stayed up all night in my tiny bedroom on East Jefferson Street, writing a new story. At the time, Nick was the one of the only writers I knew, and certainly the most successful, and his voice, his demeanor, his ability to quote vast swaths of classic literature, made him seem like he knew what was what. His word was the word.

I spent the following summer reading everything Nick wrote, starting with his first book, The Martlett’s Tale, which I found in a used bookstore in Tucson on Spring Break, to his latest book at that the time, which I believe was In the Name of Mercy. (I also remember being particularly awestruck by In the Middle Distance and The Writer’s Trade.)

I suppose none of this is rare. New writers need mentors, and the system of teaching fiction writing that Nick helped establish at Michigan took mentorship seriously. What is rare, and, now that I am a professor myself, remains incredibly embarrassing, is this: in the summer of that year, I also asked Nick to read everything that I had written, too.

It started innocently enough, I think; I sent a thank-you note at semester’s end. With it, I enclosed a revision of a story I’d written called “Packing Boxes.” I thought he’d be glad to see how hard I’d been working on it. And he was. About a week later, Nick sent me a letter back with some kind greetings, all typed out and signed with his inimitable penmanship, which also included notes and feedback on my manuscript. I was thrilled. I read the letter five or six times. And then I began another letter to Nick to send him another story.

If a student did this to me now, during my summer vacation, I might weep or gnash my teeth or tell him to go jump in a lake. But Nick read my second letter, and read my second story, and sent me back more encouraging notes and careful criticism a few days later. That was a story called “Where the Noise is Coming From,” and I remember his letter urged me to try writing a story that did not feature alcohol and adultery and absent fathers in any way. I was hammering home the same sad note with each story. He urged me to expand. 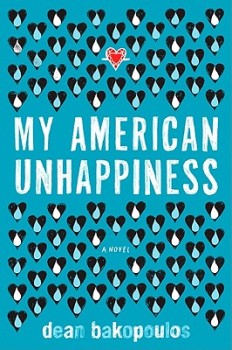 So what did I do? I wrote the poor man another letter and sent him another story, which I had written in one all-night sitting, avoiding the subjects he said I leaned on too heavily. And I told him how much I was enjoying reading through the Delbanco oeuvre, much of which I read between shifts at the drab temp jobs I was working that summer, loading office supplies onto trucks and answering dispatch calls for mall cops and shrink-wrapping pallets of soda pop. I am sure that I asked him a bunch of unimpressive questions about his own novels, too.

He wrote me back. Again! He had read yet another one of my stories and had typed out two pages of comments.

I am not much of a saver—most of my papers get thrown away or burnt when I move or find my office too crowded and cluttered—but I still have those manuscripts and those notes somewhere in the depths of my file cabinets. When I stumble across them these days, often when rummaging around frantically looking for something one of my own students has asked me for, they remind me of my great teacher’s generosity and kindness, and they remind me of how much that mattered to me in an uncertain, bewildering time in my life. Those letters remind me as well of the earnest and desperate young writer I was back then, so in love with writing that I would share my work with anyone who’d read it, anyone who might clue me in to the secrets of the trade.

But, most importantly, Nick taught me that there is always room at the table. These are lessons I will never forget; this is why I am forever grateful to Nicholas Delbanco, the guy who first told me to pull up a chair, roll up my sleeves, and get to work. 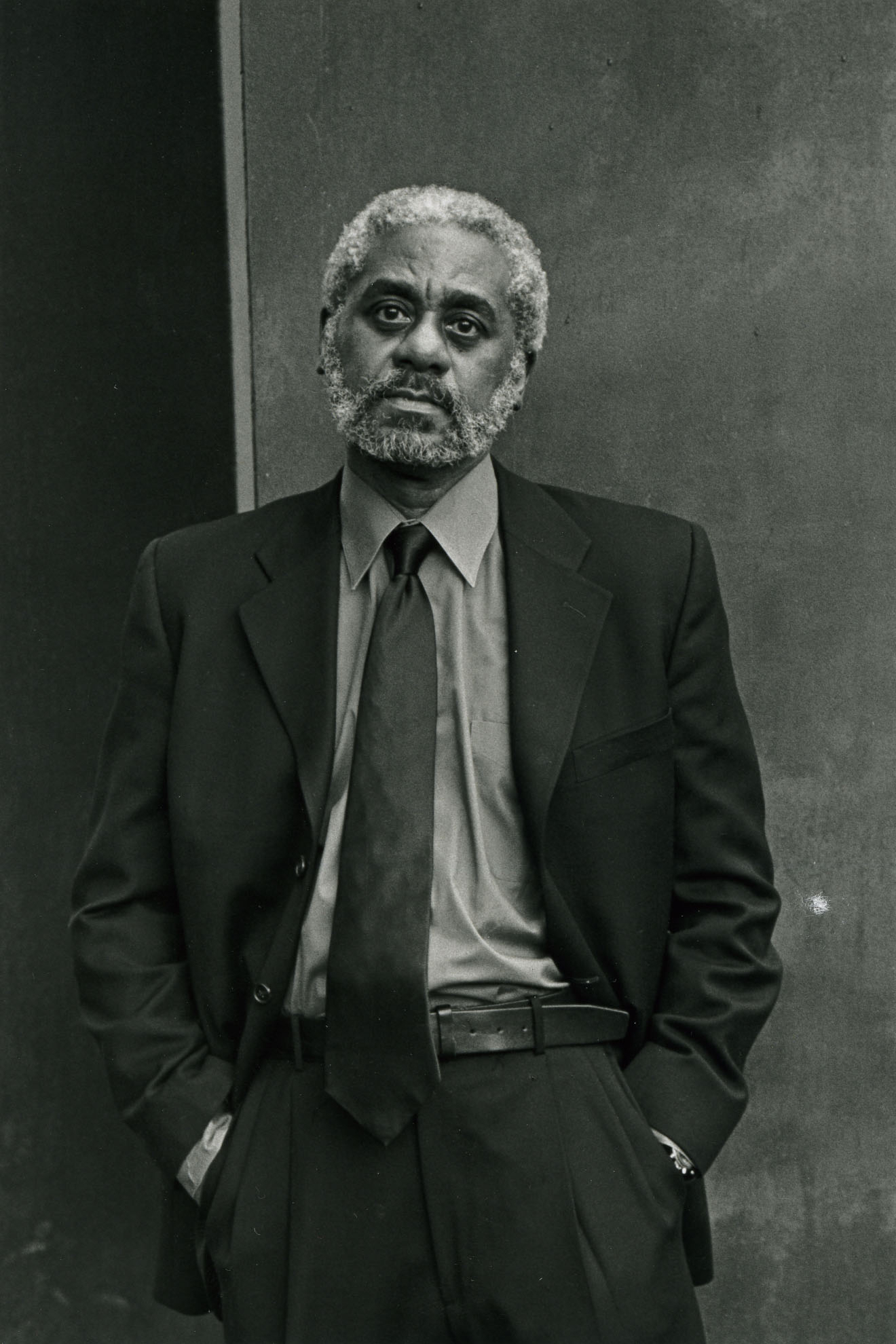 Literary Mentors and Friends: An Interview with Charles Johnson