Jaunary 12, 2011 marked the 1-year anniversary of the 7.0 earthquake that rocked Haiti. The news this past week has been filled with scenes of the temporary camps set up to house the one million Haitians left homeless by the quake – largely unchanged a year later. Just yesterday, police arrested Jean-Claude Duvalier – the controversial Haitian politician who fled Haiti in 1986 – from a Port-Au-Prince hotel. Duvalier has lived in self-imposed exile for nearly a quarter century, after a popular uprising overthrew his regime.

Haitian Literature Is a Living Art: Jeffrey Brown of the PBS NewsHour and Thomas Spear, a scholar of Halitian literature and a professor of French at City University of New York, discuss the past 200 years of vibrant, strong Haitian literary tradition. They explore writing by Gary Victor, Jacques Stephen Alexis, Rene Philoctete and Edwidge Danticat and how they navigate issues of class, politics, the diaspora, and contemporary Haitian life in their fiction. 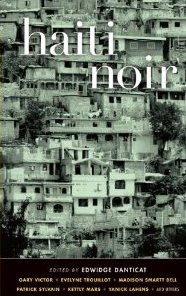 Haiti Noir: Haitian-American writer Edwidge Danticat has written of her mother country, and the immigrant experience, over the past two decades. She’s published moving pieces in The New Yorker about family lost, and the state of Haiti a year after the earthquake, “A Little While” and “A Year and a Day,” respectively. Danticat also edited an anthology of 18 writers, Haiti Noir, published last month by Akashic Books. Poets & Writers contributing editor Kevin Nance has a great piece about the collection, you can read here.

Last week, Frontline aired a documentary about the island nation, a year after the disaster, called “The Quake.” The program puts into context the huge political, economic and societal challenges that face Haiti now, extending beyond the immediate havoc wreaked by the earthquake to the state of the country before disaster hit. The website, where you can watch the full documentary, also includes perspectives on how the country can continue to rebuilt in “The Way Forward.”

Eyewitness testimony about the earthquake and its after-effects is still being recorded and it will likely take years before the full weight of the effects are felt in the literature and art of Haiti. But I hope in the meantime, we continue – through collections like Haiti Noir – to support Haiti by reading her writers, remembering her struggles, and listening to her stories.