The hip folks over at The Rumpus recently posted a map of San Francisco drawn by Rumpus contributor Ian Huebert comprised entirely of literary quotes. 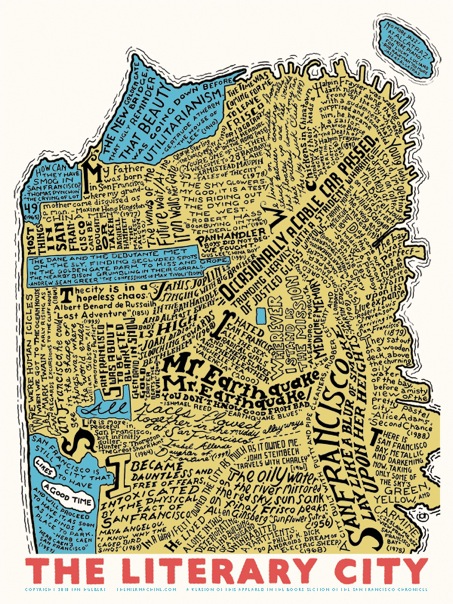 The powerful triumvirate of map + literary quotes + very cool handwriting has me sold. According to The Rumpus, you can get your hands on the map through Electric Works Gallery.

While I can think of a half-dozen books set in San Francisco off the top of my head, I wonder if this project could be turned toward your hometown? How about a literary map of Charlotte, North Carolina or Lincoln, Nebraska? The fictional locale – Faulkner’s Yoknapatawpha County, Mississippi; Robinson’s Gilead, Iowa; or Adiga’s Kittur on the Southwest Coast of India – could be fertile ground for imaginary maps. What city would you like to see featured on a lit map?