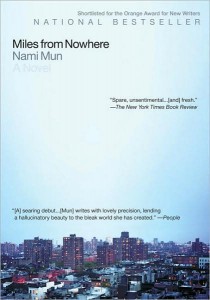 Here’s my own reviewlet of the hardcover:

Miles from Nowhere began as a collection of linked stories (two of which I had the pleasure to read in workshop at Michigan). As a novel, the chapter-stories work together beautifully; Miles remains episodic, but breaks between chapters feel hauntingly like lost years…perfect for this particular story. Set in New York City in the 1980s, the book follows a Korean girl named Joon, a teenage runaway who struggles–from homeless shelters to the street, from prostitution and addiction to Avon sales–to find her way back to a sense of home and self. Nami Mun’s flawless prose complements her book’s tone: stark and clean, it gives way to bursts of well-earned, saved-up beauty.

For a more in-depth (and beautifully worded) take on the book, read FWR contributor Greg’s review, via Goodreads.

Book Tour 2.0: Nami is about to hit the road with a series of readings to promote the paperback; catch her act at a bookstore near you: 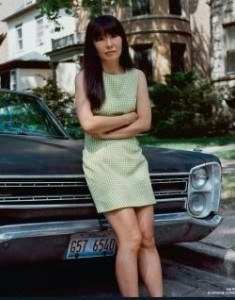