Apply for the 2009 Dzanc Prize – and spread the word

The deadline to apply for the 2009 Dzanc Prize is rapidly approaching; be sure to get your work-in-progress manuscript and community service program proposal in by November 1, 2009. Here is a brief overview of what the submissions process and prize/service opportunity entail, via Dzanc’s website: In 2007, to further its mission of fostering literary excellence, community involvement, and education, Dzanc Books created the Dzanc Prize, which provides monetary aid in the sum of $5,000, to a writer of literary fiction. All writers applying for the Dzanc Prize must have a work-in-progress they can submit for review, and present the […] 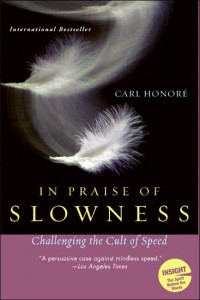 I’m a few days behind, so forgive the belated announcement: HuffPo Books is now live, and its content so far – a mix of blog posts and multimedia features (some interactive) — looks exciting! On Oct. 6, Arianna Huffington announced her first book club pick, a 2004 nonfiction title from HarperOne: In Praise of Slowness: Challenging the Cult of Speed by Carl Honore. Read why she chose it and learn more about her selection process and book club goals. It seems that many in the HuffPo community have been inspired by this book and the slow movement it explores; in […] 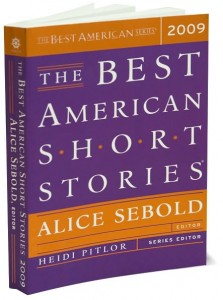 Huge congratulations to Marissa, the fearless web-genius and fabulous writer who designed and built the FWR website. In the just-released Best American Short Stories 2009 (ed. Alice Sebold), her story “Trespassing,” published last year by Tin House, has made the “Distinguished Stories of 2009” list.

Seven Stories Press has just released Nader’s novel, Only the Super-Rich Can Save Us, in which Yoko Ono, Warren Buffet, Ted Turner, Bill-Cosby, Paul Newman, and other influential figures meet, Justice-League style, to defeat bad guys Lancelot Lobo, Brover Dortquist, and corporate CEOs. In an author’s note, Nader himself writes: This book is not a novel. Nor is it nonfiction. In the literary world, it might be described as “a practical utopia.” I call it a fictional vision that could become a new reality. Some known and not-well-known people appear in fictional roles. I invite your imaginative engagement. If that […] 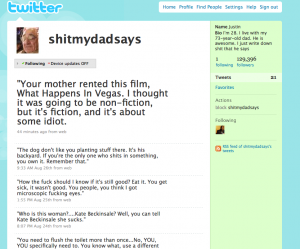 How to Get a Book Deal Using the Internet

First came blog-based books like Julie and Julia. Then came books based on Internet memes like LOLcats. Recently we’ve seen a spate of Twitter-based books, ranging from Matt Stewart’s novel The French Revolution to TwitterWit to Justin Halpern’s Shit My Dad Says. How far will the trend go? Now, even your Facebook status can land you a book deal–at least in the world of The Onion. Via.

Print sales of Symbol not so lost

Worried that ebooks will be the death of paper books? Sales of Dan Brown’s latest, The Lost Symbol, don’t back that up. At first, it looked like more people bought the book for Kindle than in hardcover. But, reports the L.A.Times: By the time the week was out, with more than 2 million copies sold in the U.S., Britain and Canada — breaking the publisher’s previous one-week record set by Bill Clinton with “My Life” — hardcover sales had easily eclipsed sales of the ebook. Of the 2 million copies sold, only 100,000, or 5%, were electronic versions. Which means, […]

Okay, so “vook” may not enter the common parlance–but the combination of video plus books may be here to stay. Faced with little official promotion, writer Kelly Corrigan whipped up a trailer for her memoir The Middle Place, using her home computer and iMovie, and posted a video of herself reading one of her essays on YouTube. A recent profile of Corrigan in the Washington Post describes the results: A year later, the book has sold about 80,000 copies in hardcover and another 260,000 in paperback, according to Nielsen BookScan data. It sat on the New York Times bestseller list […]

Simon & Schuster’s Atria imprint is teaming up with a multimedia partner to produce “vooks,” a book-video hybrid in which video segments are interspersed with printed text. Today’s release includes two how-to books and two novels (a romance and a thriller). The New York Times ArtsBeat blog reports: The initial “vooks” are “The 90-Second Fitness Solution” by Pete Cerqua, a diet and exercise book aimed at women; “Return to Beauty: Old World Wisdom and Recipes for Great Skin” by Narine Nikogosian, a guide for using fruits, vegetables and other kitchen staples to make skincare products; “Promises,” a romantic novella by […]

Mitchell Muncy isn’t the only one misinterpreting Banned Books Week. These puppets, also confused at first about the week’s purpose, gather to “do their part” by banning whatever they can get their paws on — from The Grapes of Wrath (they don’t like wrath) to the phone book (it’s too long). Happily, a muppet-librarian sets them straight. 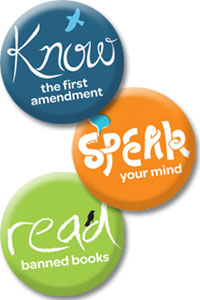 Banned Books Week = An Act of Censorship? Say what?

It’s currently Banned Books Week, an event sponsored by the American Library Association (ALA), the American Booksellers Association, and other book- and writing-related organizations. The purpose, according to the ALA website, is “highlighting the benefits of free and open access to information while drawing attention to the harms of censorship by spotlighting actual or attempted bannings of books across the United States.” To celebrate Banned Books Week, The Wall Street Journal published an op-ed piece by Mitchell Muncy entitled “Finding Censorship Where There Is None,” which asserts that Banned Books Week is, basically, a time for overzealous First-Amendment freaks to […]