"After reading the story, it’s all I wanted to do—write short stories."

"Our participation in the story is much more than simply a reader or an observer": Keith Lesmeister on Michael Cunningham's "White Angel."

“White Angel” by Michael Cunningham is a story about a “criminally advanced nine-year-old” named Robert, or Bobby, renamed Frisco by his older charismatic brother, Carlton. The story takes place in Cleveland in the late 60s, before the city “went broke, before its river caught fire”—this, in the wake of Woodstock and weed, and pushing back against traditional authority. 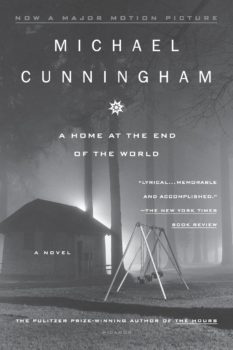 The story starts with an overview of the family (Robert, Carlton, and their mom and dad) and the city—a retrospective lens which suggests that this story is being told by an older Frisco, a person who might now recall the events forthcoming with enough distance to lend credibility, an even-handedness that invites trust and very quickly establishes a relationship with the reader. By the second page, tense shifts from past to present and we are now in a snow covered graveyard after Carlton and Frisco have “taken hits of acid with [their] breakfast juice.” They’re searching for the “spot,” where Carlton keeps a bottle of Southern Comfort. The snow and headstones and dead leaves are dizzying, and we trust, when Frisco says, “everything around me seems strange” that things really are strange. Remember, Frisco is nine.

In the story, Carlton is sixteen, and we learn early on that our participation in the story is much more than simply a reader or an observer. We are instead witnesses to the “several months before [Carlton’s] death.” And while that notion lingers for a moment, it’s soon eclipsed by drug use, partying, drinking, and sex in the cemetery, and while it would be easy for us as witnesses to find Carlton guilty of many transgressions, not loving his brother wouldn’t be on the list, despite all that we know.

To be sure, here are a few interactions between the two boys:

“Are you scared?” Carlton asks me.

I nod. I never think of lying to him.

I nod… I lean into Carlton’s certainty as if gave off heat.

And later, on the same page:

“Great,” I tell him, and it is purely the truth. Doves clatter up out of a bare tree and turn at the same instant, transforming themselves from steel to silver in the snow-blown light. I know at that moment that the drug is working. Everything before me has become suddenly, radiantly itself. How could Carlton have known this was about to happen? “Oh,” I whisper. His hand settles on my shoulder.

“Stay loose, Frisco,” he says. “There’s not a thing in this pretty world to be afraid of. I’m here.”

And he is. Carlton is there for his brother throughout the entire story. He supports him, teaches him, lends him a weary hand, and even lovingly scolds when necessary. Carlton never leaves his side, not once. And while we want to rebuke Carlton for his criminal-like antics, we’re also in awe of his unflinching love for his brother. And it turns out, Frisco is in awe as well, as he recalls the micro-clips and one-liners from his brother:

“We did everything perfect, little son.”

“You and I are going to other planets, man.”

And later still, he describes his brother using words such as “gorgeous imitation” or “I can feel his heart ticking” or “He smiles his assurance and squeezes the back of my neck.”

I learned after reading this story for the first time that “White Angel” is an excerpt from one of Cunningham’s novels, which I quickly put on my to-read list wanting any opportunity to spend more time with Carlton and Frisco. But I never did find out which novel it was—or, if I did, I soon forgot—and never did read it. Here’s why: I was so in love with that heightened, beautifully rendered slice of life from Frisco’s past that I didn’t want any information before or after to influence how I felt about the story that, as Saul Bellow notes, “moved [me] to emulation.” Not that I’d write anything as brilliant as “White Angel,” but after reading the story, it’s all I wanted to do—write short stories. 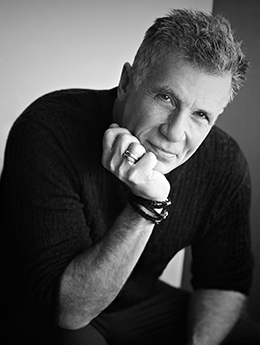 Or, more accurately, I wanted to bring my own characters—in the stories I was trying to write—together in scenes similar to what we witness in Cunningham’s story. We’re witness to characters who are painfully flawed, full of vigor and life, desirous of close meaningful relationships, and plagued by the kind of self-destruction that, despite their shortcomings, we connect to all the more because we identify with our own imperfections, while possessing a deep need for someone to understand us. Think about it: a sixteen-year-old who feeds his brother acid and SoCo. We want to immediately demonize him for reckless endangerment; for not taking care of his kid brother. But Cunningham deftly shows us more—the intimate, beautiful interactions between the two boys, thus complicating our relationship with Carlton, which in turn illuminates how we too are inflicted with this kind of complication of character.

Cunningham’s prose is as mesmerizing as the snow falling in the cemetery, and his complex character rendering is as influential to me today as it was ten years ago when I first read this story. We see what brotherly love looks like; we learn about the aching, nagging, ardent grip of loss. “White Angel” still is one of the few stories that keeps me up at night, simultaneously terrified for the inevitable outcome and heartened by the irreplaceable bond of siblings. And we readers are brought along on this adventure, witnessing in present time, what Carlton teaches Frisco about love, about living. And, as close observers, whether we like it or not, we too learn a little about love and life and brotherly bonds from the acid-dropping sixteen-year-old who, after losing his virginity at some point in the middle of the story, tells his little brother, “I’m gonna find you a girl, too. You’re nine. You been a virgin too long.”