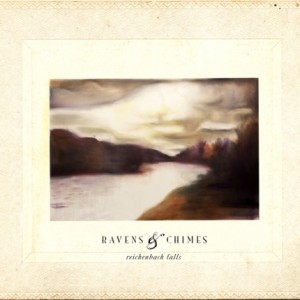 Recently a friend turned me on to Ravens & Chimes, whose first album happens to be titled “Reichenbach Falls”—which, of course, is a reference to the famous site where Sherlock Holmes “died” only to be resurrected by Arthur Conan Doyle after years of reader heckling. This sparked a bit of my own sleuthing on the interwebs. Bookride has a pretty comprehensive list of band names inspired by literature, including:

The Grateful Dead (originally a book by Gordon Hall Geroud, though the band claims it was ‘the outcome of a night of stoned lexicology’)
Steppenwolf (Holla, Herr Hesse!)
Tears for Fears (I think the band exceeded the fame of the Arthur Janov book)

Then there’s the organization Artists for Literacy, which has an extensive online database of songs inspired by literature from which they produce CDs to raise funds and support for education and outreach. This is the kind of database I could easily lose hours to—it ranges from the 10,000 Maniacs song “Hey, Jack Kerouac” to a little Thomas Pynchon homage with Yo La Tengo‘s “The Crying of Lot G.”

Beg, borrow and steal, baby! Writers do it, and music has always built on the past. But it always makes me smile to imagine a piano-shredding Elton John writing a lyrical shout-out to Erich Maria Remarque, or name-dropping a Willa Cather novel (I’m looking at you, Emmylou Harris).

What are your favorite lit-inspired songs? I nominate The Mountain Goats to do a Tobias Wolff–inspired rock ballad.