Thoughts from the Hopwood Room: Dale Peck and the Compliment of Criticism

Dale Peck visits the Hopwood Room and talks about the difference between "good book reviews" and "smart book reviews."

Editor’s Note: The Hopwood room roundtable is a weekly event in which established writers discourse with the University of Michigan’s student body, faculty, and anyone in the area who is interested in writing and reading. 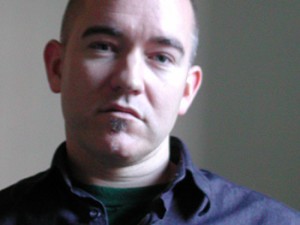 Last week, novelist, critic, and children’s book writer Dale Peck came to town. Though he may be most famous for his literary criticism—his willingness to “write about sacred cows and say bad things,” his words—his fiction is terrific. Every seat was taken at the enormous roundtable in the center of the room, its wooden top a mosaic of current literary journals from around the globe, and latecomers sat in stray chairs hugging the periphery. As Peck received praise and inquiry from attendees, his warm nature put the room at ease. But like a retired assassin touring a museum of weapons, Peck’s hawkish reputation circled below the surface, only occasionally coming up to say hello. We won’t talk about Tao Lin … but we did talk about something of great interest to us here at Fiction Writer’s Review: book reviews. 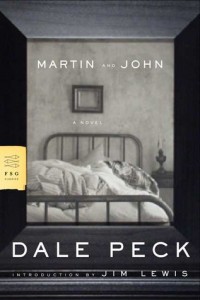 The roundtable discussion began with an introduction by David Halperin, W.H. Auden Distinguished Professor of the History and Theory of Sexuality, who explained the narrative complexity of Peck’s first novel Martin and John (Farrar, Straus and Giroux, 1993). Halperin’s lauding and thorough analysis of the book, as well as his extrapolation on its unique form, brought to light the complexities of the novel for the participants in the room who hadn’t yet read it, as well as illuminated the difference between what Peck calls good reviews and smart reviews—what publishers want for their writers versus what writers actually want from a review. I imagine it must feel, by turns, flattering and discouraging to have someone write a favorable but completely surface-level review of your work. Peck confirmed:

My first three novels were all reviewed by a very famous New York Times critic [who will go unnamed], and they were glowing reviews, the kind of reviews that publishers love. And they said absolutely nothing. Just buzz words and praise. Written by somebody who writes four reviews a week and doesn’t read into the books very much.

Peck seemed to feel that it was a disservice to both the author and the literary community as a whole to engage so little with the text, regardless of how happy it might make reader and publisher feel to get a “good” (i.e., “positive”) review, or for the critic to shy away from writing “bad” (i.e., “negative”) reviews because it might make them and/or the writer/publisher uncomfortable.

When asked about writing his first negative review and how it made him feel, Peck told the story of how, as an undergrad, he’d hatcheted Saul Bellow’s Herzog, which he described to the room as “an extraordinarily homophobic book.” Peck detailed his undergrad argument as if he’d read it in bed the night before the roundtable and brushed up on its main points over his morning coffee. His argument, rooted in the moral rather than the aesthetic, challenges the espousal of a “Whitmanesque ideal of American citizenship.” He went on to say:

And so I wrote this very, very long paper about the homophobia in this book, basically saying that I didn’t care that Saul Bellow was a genius, because the vitriol against my identity was too overwhelming to me. And my teacher, who I am still friends with today, wrote “Great work. Write about things you love.”

We’ve discussed this in the past, and FWR’s Editor-in-Chief even chaired a panel at the 2011 AWP Writers Conference entitled “The Good Review: Criticism in the Age of Book Blogs and Amazon.com.” So, yeah, maybe consider us the choir being preached to here. But Peck reminds us that the real success of a book review should tied to the reviewer’s ability to articulate the way the book makes them think and feel about not only the fictitious world they’re reviewing, but also the physical world they inhabit. Peck says, “to have someone moved to actually think about your work is one of the reasons why you put your work out there, as opposed to keeping it the drawer.”

For more musing on criticism and book reviews: 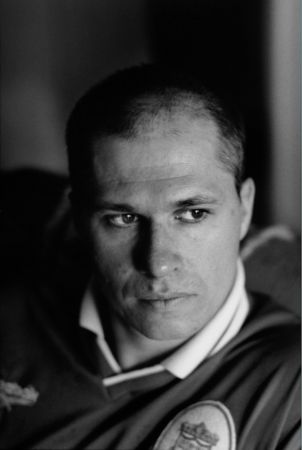