Weighing in on this question for the Guardian are authors A.L. Kennedy, Amit Chaudhuri, Hari Kunzru, John Banville, Will Self, Joyce Carol Oates, Geoff Dyer, Ronan Bennett, and Julie Myerson.

I identify most with Hari Kunzru‘s take; yes to the freak-out and self-disgust but also the “spinning words like plates…”: 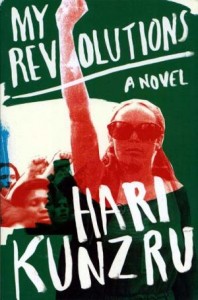 I get great pleasure from writing, but not always, or even usually. Writing a novel is largely an exercise in psychological discipline – trying to balance your project on your chin while negotiating a minefield of depression and freak-out. Beginning is daunting; being in the middle makes you feel like Sisyphus; ending sometimes comes with the disappointment that this finite collection of words is all that remains of your infinitely rich idea. Along the way, there are the pitfalls of self-disgust, boredom, disorientation and a lingering sense of inadequacy, occasionally alternating with episodes of hysterical self-congratulation as you fleetingly believe you’ve nailed that particular sentence and are surely destined to join the ranks of the immortals, only to be confronted the next morning with an appalling farrago of clichés that no sane human could read without vomiting. But when you’re in the zone, spinning words like plates, there’s a deep sense of satisfaction and, yes, enjoyment… 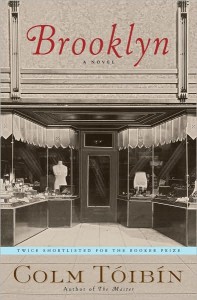 Colm Toíbín's newest novel, Brooklyn, will publish this May.

A separate Guardian article reveals that Colm Toíbín doesn’t “enjoy” writing, but he does like the money it earns him, and he gets at least a fleeting rush from selling foreign rights:

In an interview with fellow novelist MJ Hyland, Toíbín said he took no enjoyment from writing his books – or from reading good reviews – and that the best thing about being a writer was financial success.

“Oh there’s no pleasure. Except that I don’t have to work for anyone who bullies me,” he said in response to Hyland’s question about how writing makes him feel.

“I write with a sort of grim determination to deal with things that are hidden and difficult and this means, I think, that pleasure is out of the question. I would associate this with narcissism anyway and I would disapprove of it.”