"The energy in the room was urgent, generous, palpable": Jennifer Solheim on the first gathering of The Conversation: a Chicago literary series.

Many writers take stock and comfort in the context of history. I am one of those. So let me begin this essay about a new monthly public event on writing and resistance with this: if you follow the French Republican Calendar established in the wake of the 1789 Revolution—intended to rid the calendar of all connotations of the monarchy and the Church—November 8, 2016 was also the 18th day of the month of Brumaire, year 225. It was on the 18th Brumaire in 1799 that Napoleon Bonaparte led a coup and seized power in post-revolutionary France. 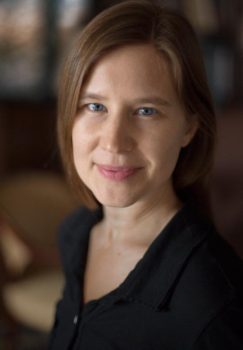 I noticed that uncanny historical coincidence last October and posted it on social media with the hashtags #notfunny and #pasdrole. It was portentous of what has come that among the first political leaders to tweet her congratulations to Trump on November 8 was Marine Le Pen, president of France’s far right National Front party. She was quoted in the Guardian on November 9, 2016, saying, “Their world is collapsing. Ours is being built.” In Trump’s first week in office, he seemed hell-bent on trouncing the civil rights and liberties of immigrants, refugees, women, and LGBTQ people. Almost immediately after taking the oath of office, Trump attempted to silence the EPA, the NPS, and other government institutions on social media and in conversation with the press. Six journalists were arrested for covering protests at Trump’s inauguration. And then, with an executive order, a bullish and outwardly hypocritical ban on Muslims and Arabs from seven predominantly Muslim countries—only seven, because Trump excluded from the ban countries with whom he has business dealings—became national policy. So, even in the first week following Trump’s inauguration, the uncanny coincidence that the 18th Brumaire coincided with November 8 became horrifying social and political irony.

While I take some comfort in historical context, it’s certainly not enough to combat what is happening. As writers, what are we to do? Beyond calling our legislators, none of us seems to know where to start, how to be most effective. So perhaps the first thing we need to do is talk. 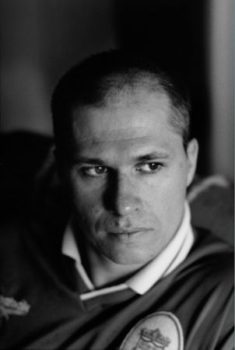 One such conversation—indeed, The Conversation: a Chicago literary series—got started the Thursday evening after Trump’s inauguration. The Conversation is the brainchild of Chicago writers Kim Barnes, Jana-Maria Hartmann, Aleksandar Hemon, Rebecca Makkai, and Zoe Zolbrod, along with Sarah Hollenbeck, co-owner of Chicago’s great feminist and community bookstore, Women and Children First. Each month, The Conversation will convene at the bookstore for a public discussion led by a two-to-five person panel composed of writers and artists on different politically related topics. This first event focused on the intersections of politics and art, and the panel featured novelist Aleksandar Hemon as moderator; essayist Eula Biss; activist, writer, and director Coya Paz; artist and organizer Monica Trinidad; and poet and activist Roger Reeves. The bookstore was packed like a rock club; the energy in the room was urgent, generous, palpable.

The conversation pursued questions of what to do in the immediate future, whether or not being an artist and being a citizen are contradictions in terms, and what role art can play in the current landscape. One of my favorite revelations of the evening was Biss’s explanation of social unrest and political resistance in early 19th century England, when the world’s arable land started to become private property—what was called “enclosure” in England at the time, and we now call privatization. As described in J.M. Neeson’s Commoners, people would grumble in complaint as a form of protest—and it served as a kind of political networking. When one person would be heard grumbling complaints about enclosure, another might join them, and then another. It got to the point where one man who did not want to engage in protesting the enclosure of land complained that he could no longer enjoy his beer in peace because the bars were filled with grumblers. 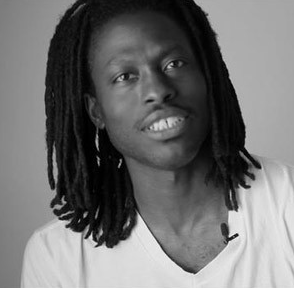 Grumbling became a recurring theme and comic mantra throughout The Conversation, but ideas for how to resist in Trump’s America went far beyond. Reeves talked about the importance of creating “perishable” art, meant to address a specific moment that would help us “make scenes” to exhaust Trump, as Trump seems to be trying to exhaust the American people; Reeves also pointed out the importance of moments of jubilation, whether it’s something akin to the mix tape of the ’80s and ’90s—created especially with the receiver in mind—or the organization meetings of Martin Luther King, Jr., which often included hours of celebratory singing.

Hemon, who became an accidental exile from his home country of Bosnia in 1992 with the outbreak of the war there while he was visiting the U.S., has written several compelling pieces over the past year about the parallels between Trump and the war criminals who devastated his home country. He was a measured moderator but a ready agitator. “Art is public thinking and feeling,” he said, and asserted an “increased need for action art,” in addition to later assertions that “resistance is non-negotiable,” and that he really wants Trump to know how he hates him. It was funny, but also instructive: we’ve seen how quickly Trump reacts to protesters and people and organizations that speak the truth about his “alternative facts.” As Hemon noted further, Trump doesn’t like not being liked. That’s something we all might want to hook into, in our own ways. 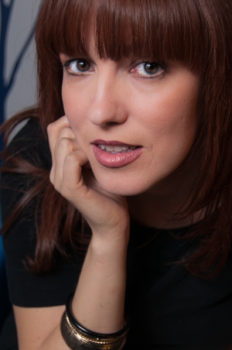 And that was another of the remarkable things about this conversation: the sense that there are possibilities for all of us—as writers, artists, or engaged individuals—to participate in the resistance. Biss mentioned that although she teaches writing, no one tells her what her students need to read. So, last year, when we saw headline after headline about black men being killed by police and vigilantes, Biss assigned her students only books by black men, to remind them that black men are important not only when they’re being killed; black men have important and beautiful things to say about the world and their experience of it. Coya Paz described an evening when she wept to think of what the queer women of color who started the Black Lives Matter movement might be accomplishing if they didn’t have to literally fight for their lives. “How many people’s lives and art have been lost to the desperate struggle for survival?” she asked. Monica Trinidad, who was born and raised on the southwest side of Chicago, noted that in describing Chicago as a sanctuary city, she would urge everyone to be more expansive and imaginative in their understanding of who needs sanctuary right now. Imagination was Trinidad’s crucial urge; when she recalled how black elementary and middle school students from the Village Academy School in Chicago led a musical march to a juvenile detention center and sang Michael Jackson’s “They Don’t Care,” she described young kids in the detention center waving and banging on the windows, trying to send messages. The marchers began to shout to the kids, “We love you!” and, “We see you!” As Trinidad described the scene, the room was visibly moved.

There are possibilities for all of us to participate in the resistance. 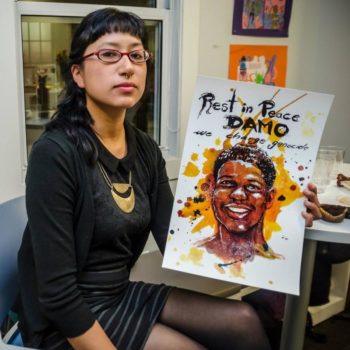 And that’s part of what a good conversation can create. Movement. As I left Women and Children First after the discussion (which was, and will routinely be, continued at another nearby locale for more conversation with the aim of organizing and fundraising for a local organization—in January, it was for the Chicago Literacy Alliance), I found myself thinking about a July 4 many years ago when I flew from Chicago to New York in the evening. Looking out the plane window, I could see bursts of fireworks across the patchwork of fields and towns. The Conversation last night was like fireworks, too, with the naming of myriad creators of great works of art and thought. These are some of the writers from whom we can draw from for sustenance and to inform our future actions: Audre Lorde, Hannah Arendt, James Baldwin, Lucille Clifton. Biss reminded us of Bartleby’s gentle assertiveness with the phrase “I prefer not to”: “Art,” Biss suggested, “can give us a more inventive vocabulary for resistance.” In thinking about the fireworks on that July 4 in the sky, I was thinking about how conversations are happening all around us now, with their own pyrotechnics of anger, despair, righteous indignation, and urgent calls to action. We are just getting started. We might not know yet how best to resist and disarm the current wave of malevolence that’s sweeping our government, but The Conversation is one among many happening all over the world now. Independence Day fireworks are a reminder of our country’s founding act of resistance against colonial rule, flawed as it may be. And that was another point that’s worth bringing to bear here: Coya Paz and Roger Reeves reminded us from the beginning that horrific injustice and human cruelty is part of the bedrock and continuing operating mode of our society. We need to organize now, but many people—both at The Conversation and across the country—have long been organized and fighting the good fight.

So, as hopeless as the current political situation may seem, let’s remember that imagination is at the core of what we do as writers. Make calls, send postcards, take to the streets. But it’s intrinsic that we keep writing as well, feeding voice, head, and heart: instrument, weapon, refuge. As Bertolt Brecht wrote in “Motto to the Svendborg Poems” (1939):

At the conclusion of The Conversation, panelists were asked to suggest something for the audience to read, view, or consider. For this inaugural event on politics and art, the panelists suggested the following:

Eula Biss: A mantra for us all: “You are not powerless”