Mr. Mailer entered shortly after the party began, walking with two arm canes, and his presence filled up every available space. When I wasn’t refilling bubbly, I watched, then I wrote. But even what I jotted down in my notebook remains fragmented to this day, a choppy result of overwhelmed giddiness in such company: A girl with bones sticking out of her back; nursing a new belly ring and a half bottle of wine. Chevy luminaries. Pencil guts... 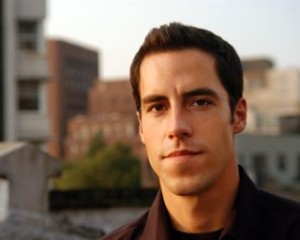 I bartended a private party in what used to be Greenwich Village, plain and pure, before the West of things arrived. Streets aligned with cobblestoned curiosity, dead quiet at night and in the heart of such endless activity. It was once a place where literary-minded folk, artist folk and folk singer-songwriters would hang and wax intellectual on the active dream of inspiration.

But I’ve never seen it. Not firsthand, anyway. Sure, I get my fair share of screenwriter envy. Every New York café serving table space gives me a direct view of writers toiling over their scripts. And good for them. Back in January, I was in the Village working a private party, helping host and celebrate the impending release of Norman Mailer’s latest and last book, The Castle In The Forest. 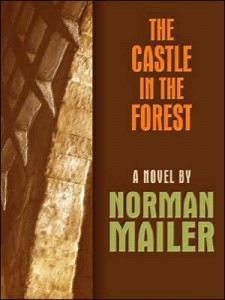 Mr. Mailer, architect of narrative nonfiction, spent his life taking on obstacles seemingly out of his reach, yet he never averted from his innate will, temperament and fearlessness, perpetually asserting himself somewhere between the outside world, where stories began, and back inside his world as a working writer, the place where stories take shape.

As a young writer, I viewed Mr. Mailer’s legacy with the utmost reverence. I’m just as competitive as he was in his heyday. If I’m not working on a new piece or rehashing an old one, I’m out looking for the next story. And I’m no journalist. I write in the morning and afternoons so I can make my money at night. So when I was asked to bartend a private party for Mr. Mailer’s book release, I attended as an employee of the private residence and, if possible, gracious gopher for the man himself, amongst other guests such as Guy Talese, E.L. Doctorow, and David Ebershoff, etc.

The party, needless to say, was literati to the literary max. Guests spilled editorial banter over their halo-shaped champagne flutes, aggressively calculating the company at hand. All of those effervescent headache spoils were a testament to my unbridled youth. I was, after all, working the party. So I observed. I tried not to get too involved, much as I craved involvement. Mr. Mailer entered shortly after the party began, walking with two arm canes, and his presence filled up every available space. When I wasn’t refilling bubbly, I watched, then I wrote. But even what I jotted down in my notebook remains fragmented to this day, a choppy result of overwhelmed giddiness in such company: A girl with bones sticking out of her back; nursing a new belly ring and a half bottle of wine. Chevy luminaries. Pencil guts. Old style button-down camouflage. Ticklish piano. Neon. Lucid. Temperate. Excused by my mother and never my father, whose mind is a fairy tale he reads to himself after a long day’s work, his eyes erasing a dinner table of women and children, massaging his temples as he peers through his gin chalice in breakneck purification.

I fold my potatoes over my peas.

Here. The next room. Any room. Any place other than inside the heart of a
grown man’s silence; this is where I wish to be.

Four floors of contemporary design. Basquiats and Warhols and Harings.
Eighties glam. Mechanized toilets that lift when you piss.

I looked over my artillery. Bottles of viognier, Austrian weissburgunder,
California cabernet and Dolcetto d’Alba. Bottles of water, Italian beer, and
tonic/soda/Diet Cokes spread evenly across my station. It was a simple party. Keep their glasses full and everyone’s happy. Don’t daydream. Don’t be cynical. Don’t join the party. Be cordial. Be sunlight. Be yourself.

And before I even knew what was happening, the guest of honor was sitting right
next to my bar. For a brief moment, he was sitting alone, and the selfless host of the party, informed earlier that I was a young writer, saw an opportunity to introduce us. I was lucky enough to share a few words with the man who insisted I call him Norman.

“Brian, see those two girls over there?” Mr. Mailer asked.

I fixed my eyes on two young ladies standing ten or so feet away, sipping white
wine, one wearing a cocktail dress and the other dark slacks, comfortably chatting.

“Those girls are fuckin’ sweethearts.”

“Is that right?” I asked, trying not to laugh.

“That’s right. They’re F’in S’s,” he said, exhaling with delight. His tell-tale eyes
scanned the room. “I gotta get home,” he exhaled. “I’m on Martha
Stewart tomorrow morning. Can you believe that?”

“My mom loves Martha Stewart,” I told him. “Through thick and thin.”

“I get eight minutes. What’s gonna happen?” he asked, though he didn’t want an
answer, or perhaps, at his age, after asking questions his entire life, he wouldn’t mind having someone tell him what was going to happen the next day.

In the meantime, he handed me his half-full wine glass. “Here, would you mind?
I’m done drinking wine. I don’t need any more of that.”

If you had the chance to meet Mr. Mailer – at least later in his life – I’d argue that
his social dynamic would’ve affected you same as his canon of work. Soft yet strained, honest and weathered, they were the eyes of stories you must hear, a succession of tales that were subtle and brief. We clung to each hopeful sentence as he delivered them with such brazen elocution. This was a storyteller. This was someone capable of keeping us entertained and attentive, more than any electronic device capable of eliminating delays or time consumption. I didn’t think of cell phones or emails or digital images penetrating my cognizance. I caught a moment or two with a literary legend and I tried to hang on for dear life.

Two hours later, people made their way out into the crisp, irregularly starry New York night. Mr. Mailer, one of the last to leave, slowly approached a younger man, perhaps a family member or someone lucky enough to develop a relationship over the years.

“When are we going to sit and have a chat?” he asked the young man.

It felt great to hear those words. Given our digital excess (something Mr. Mailer
has hinted would punish the published book one day), it felt like I hadn’t heard those words in years. To sit and chat with someone. Like the old days. Like they did through the streets of Old New York, Grandma Bohemia.

I stood over the varying mixers, full wine bottles and polished glassware,
relishing the utilities.

Rich, brambly California cabernet, with a fraction of stewed prunes.

Benevolent tonic, a whisper of sanctity until the acidic fruit headbutts your gums.

Famous eighties artists hanging like scarecrows from the off-white walls, somewhere between applause and the stratosphere.

I still tell people the story of waiting on Norman Mailer over his last book release
party. I remember how affable he was, how tired but calmative he appeared, and who may or may have not been there to celebrate one of our most ambitious literary heavyweights. Names are concrete when spoken but soon become fragments of the past.

“Tell me,” they say, “How was waiting on Norman Mailer?”