"It takes some stoicism to be a critic these days, but someone (still) has to do it."

All Times are Awake at Once: An Interview with Angel Igov

Angel Igov talks with Steve Wingate about his first book translated into English, A Short Tale of Shame, as well as history as a branch of knowledge, the influence of high modernism, the role of critics, and more

Angel Igov’s first book to be translated into English, A Short Tale of Shame, is a compact road trip novel with an even more compact story line. Boril Krustev, former rock star in Bulgaria and current businessman, has lost his estranged wife to death and his estranged daughter, Elena, to America. Adrift and in mourning, he picks up three hitchhikers embroiled in a complex ménage à trois: the headstrong ringleader Sirma, her friend Maya, and their young male paramour Spartacus.

The four wander to a beach, camp, find a hotel. Not much ostensibly happens, but the novel finds its richness in multiple layers of history. We see the threesome’s past, considered both individually and through their connections to Elena—which are not always pleasant and sometimes painful. We see Krustev’s past, longer and more full of regrets for things undone. We see the pasts of the hitchhikers, not quite sure how they got from there to the present. And we also see the history of Bulgaria, both in its recent transformation from Communist rule and in its deeper sense as a small country that has always been overshadowed on the world stage by bigger, louder neighbors.

These strands of history tie together with an ending that arrives with great tenderness and momentum, breaking live a perfect wave. Among the novel’s strongest points is Igov’s control of language—aided and abetted by translator Angela Rodel—that announces, from its very beginning, a seriousness of intent and a deep awareness of craft. A Short Tale of Shame was published by the Rochester, NY-based Open Letter Books, supported in its series of Bulgarian fiction by the Elizabeth Kostova Foundation. The author, who is also a critic, translator, and professor in the capital city of Sofia, spoke with me via email.

Steven Wingate: The title of this interview—from a line of yours—came to me more easily than any other because so many times are alive in your novel. You touch so many layers of history: your characters’ lives, recent Balkan history, even the story of Croesus and Cyrus from the 6th century B.C. What draws you to personal and national histories? Is it possible to write about Bulgaria without writing about history?

Angel Igov: Being a voracious reader of novels, I am fascinated by personal histories, but also I have always been very much interested in history as a branch of knowledge. I guess I am a rare bird nowadays: we live in an ahistorical age and people care less and less about the past. Literature, however, cultivates the awareness that it’s somewhat unhealthy to live in the present only.

For Bulgarians, indeed, history has traditionally been quite important. As a young nation, Bulgaria constructed its identity through the tales of the glorious medieval past and the fainter echoes of Thracian antiquity. This is why, even as I call it a young nation, most Bulgarians would think of themselves as an offshoot of a very ancient one.

Recently, there has been here a tendency for a more ironic attitude towards national history and I think A Short Tale fits this tendency to some extent. But also, I simply didn’t want to write a pure mind-exploring novel focused exclusively on personal stories. The mock historical background provides the opportunity for some distance and estrangement, which I find valuable.

There’s also an old Europe/new Europe vibe to A Short Tale of Shame that shows up in a consistent discussion of ancestry—the distinctions between Phrygian, Daican, Thracian, Slavic, Illyrian, Macedonian. This suggests a Balkanization that runs even deeper than what we see on the recently redrawn maps of the region. Why is this important to the unfolding of your story, as well as to Europe today? 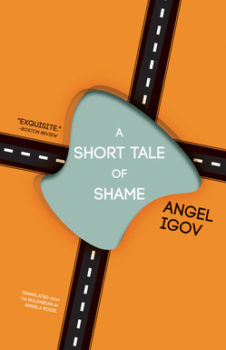 Balkanization is a trend that the West has always been afraid of and thus relegated to the periphery of the continent. What’s more Balkanized than today’s Belgium, for instance? The term also masks the huge role the Great Powers played for the fragmentation and ethnic trouble of Southeast Europe, from the mid-19th century to the Kossovo crisis. A Short Tale of Shame draws a map that ironically reflects Western stereotypes of the region. To this day, many well-educated westerners would be hard pressed to tell the difference between Bulgaria, Romania and Hungary, for instance. Then why not call them Thrace, Dacia, Illyria, whatever? Would it matter anyway? The attitude would remain the same: far away countries of which we know little, as Neville Chamberlain nicely described Czechoslovakia after signing the Munich treaty.

Your use of the word “shame” in your title brings to mind the difference between shame cultures, typically associated with Asia, and guilt cultures, which are typically western. Where does Bulgaria fit on that scale, and how do you see shame’s role in this book?

Shame is a more radiant thing than guilt, which is focused. If you’ve committed a distasteful act, you might feel guilty. But it’s perfectly possible to feel ashamed even if you have stopped short of committing it, as indeed is often the case with my characters. In this novel, I was generally interested in radiant, floating, dispersed things, in stories whose meaning is not fixed and remains somewhat vague, you could even call it ambience. But I certainly haven’t thought on a cultural-geographical scale here, and if anything, shame is shamefully absent from today’s Bulgarian society—which is partly a reason why I decided to make this layer of the book so explicit.

You’ve translated into Bulgarian a number of great writers familiar to English-speaking readers—among them Ian McEwan and Paul Auster. I imagine that the creative influence of writers you’re translating goes beyond what you get from merely reading them. How does that translation experience show up in your work?

I love translation: it’s a pure craft, transposing linguistic material from one language to another, molding words and sentences with your own “hands.” So, first of all, translation makes you good with language, or so I hope. Style, sound, texture—these things are important to me when I write.

Then, of course, it is difficult not to be in some way influenced in your own writing by what you translate. The anxiety of influence is a common malaise of authors. However, if you channel it and manage to create original work even when getting inspiration from other authors, this can be a very useful and joyous experience. After all, no writer is an island; you work in a huge, huge network of texts. At various times Paul Auster or Ian McEwan, or Martin Amis some years ago, have been important to me as models of sorts. However, I don’t think I’ve ever imitated anyone—I just don’t find this interesting. And I also try to make each book of mine different from the previous one.

Fans of the American and European experimental traditions will recognize some of what you do stylistically—your long paragraphs, for instance, and your choice to not use quotation marks for dialog but to fold into your narration seamlessly. What are some of your models for that kind of dialog?

I could name two very different authors: John Banville and Gabriel Garcia Marquez. At one point I realized Jose Saramago was also doing a similar thing. Certainly the lessons of high modernism were also important for me here, Virginia Woolf, for instance. The funny thing is when I started writing this novel, the paragraphs and the dialogue weren’t in any way extravagant, but it just didn’t work: straightforward storytelling had to me a weird tongue-in-cheek quality. I decided to skip the dialogue markers and let the sentences flow—so they flowed on. I like the effect of smooth continuity: after all, when we speak, our utterances are not isolated in quotation-mark cages or comic-book balloons, they are all the time intermingled with our own thoughts that we keep to ourselves even while speaking, we get interrupted by others and so on. For me, this way of writing is not in any way literary: on the contrary, it is much closer to what we do in the real world. I am working now on my next novel (which is set at the end of World War II) and, after some consideration, I chose a similar approach.

Fiction today is unduly influenced by the cinematic paradigm that prizes scene above all else—something that rears its head every time someone in a fiction workshop says, “Show, don’t tell.” There are times when you seem to deliberately work against that and actually pull away from scene when you have the opportunity. Is that on your mind in the process, or just a figment of my readerly imagination? 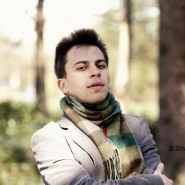 I can’t say I’ve done it deliberately to counter cinematic influence, but now that you say it, I find it very true indeed. It might be because I am not very much into movies; a word is usually more interesting to me than an image. I appreciate the cinema, it’s just that I find it alien somehow. After all, these are two different arts, or two different media, if you prefer, their narrative languages are way too different and I don’t see why one should dictate terms to the other, we don’t need to go back to Lessing’s Laocoon to see that. A book can never show the way a film can, and a film can never have the feel of a text. So let writers and movie-makers do whatever they are best at.

You’re also a critic—we’ve done a panel together in Bulgaria on book criticism in the internet age—and one idea of yours that stuck with me is the “crisis of authority” in literary criticism. Can you talk a bit about what this means to you in your dual roles as a critic and a writer?

It mostly means that writing my own stuff is more important to me than criticism, but I guess this is the normal situation anyway. I try to keep my two literary selves at a distance, although this is not always easy. Sure, writers are no longer those figures of prestige and authority either, but for them, this might be even beneficial, while to critics such a loss is disastrous. It questions the basic presumption they work with: the presumption that what they have to say about a book is more important than what reader X has. Critics may try to prove this, or to edit it and propose that what they have to say is simply more interesting. Still, if the general audience does not believe this point—and it often doesn’t—critics remain in the shade. Sadly, this is a global process that is especially evident in Bulgaria, because of the small size of the literary scene, but you certainly feel it in the US too, even if not so acutely. It takes some stoicism to be a critic these days, but someone (still) has to do it.

Deep Down in the Well of Constraint