"I’m hoping that Needlework will get into the right hands and will reach queer kids in small, rural towns."

When award-winning writer Julia Watts, now fifty-two, was growing up in southeastern Kentucky, she rarely read books with LGBTQ+ characters. In addition, small Appalachian towns like the one she lived in, were rarely, if ever, featured.

“Books always seemed to be set in cities outside the South,” she told me during our conversation earlier this summer. That’s why her latest novel, Needlework (Three Rooms Press), takes place in the fictional town of Morgan, Kentucky, an economically depressed, Christian-dominant, rural community.

The novel, geared to teens but relevant to adult readers, focuses on the Prewitt family and centers on Kody, a genderqueer, closeted, high school junior who lives with his hardworking grandmother. As the story unfolds, Kody learns that he is not the only family member harboring secrets. In fact, when he learns that he has a younger half-sister, a biracial child his opioid-addicted mother placed for adoption, his world, and that of the rest of his family, begins to fray.

This, however, is a redemptive story, and while it steers clear of a sugar-coated happy ending, the story’s emotional resonance, deeply-drawn characters, and vivid depiction of place make it simultaneously uplifting and sad.

Eleanor J. Bader: Kody is an extremely sympathetic character, a teenager who knows he’s gay but fears that if he comes out, he’ll be ostracized and denounced. How much of this is grounded in your own experience?

Julia Watts: Growing up in Corbin, Kentucky, I always felt different. It took me a while to figure out the queer thing, but I was always creative and my brain just seemed to work differently from my peers. Fortunately, I had great parents who were very supportive of me being me. Home was a refuge, even when I encountered difficulties.

The church Kody and Nanny, his grandmother, go to is a rural, country church. These are different from downtown churches in terms of the level of fire and brimstone. I grew up going to a downtown Southern Baptist congregation but started to distance myself from it as a young teen. By the 1980s, when politics began to fuse with religion—remember the Moral Majority?—my parents, who were lifelong Democrats, also began to distance themselves from the church. Kody doesn’t have that distance. He and Nanny sit in the pews every Sunday and likely have to listen to the pastor condemn homosexuality and gay marriage every single week. Many people accept this as truth.

When Kody eventually comes out to his best friend, Lexi Jo—better known as  LJ—she calls him an abomination. She is living and behaving as she thinks is right. Her intentions are not mean, but she would need to do some major changing—and she could—for them to become friends again after she disparages him.

At the same time, when Kody goes to see his guidance counselor about post high school plans, she is a quiet ally. She may not be ready to start a Gay Straight Alliance or Gender and Sexuality Alliance, but she takes Kody at face value. When he tells her he likes working with hair and make-up, she says, “okay,” and tells him about cosmetology schools that will get him out of Morgan, get him training and skills in something he’s interested in, and introduce him to people he might have something in common with.

Similarly, some public school teachers throughout Appalachia have installed little libraries in their classrooms to give kids access to a more diverse set of books than might be available in the public or school library. This is true not just for LGBTQ+-themed books, but for texts addressing race and critical race theory. 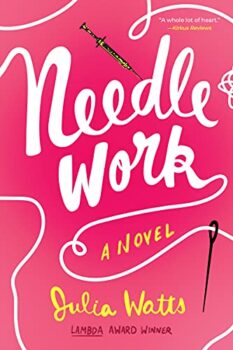 The town of Morgan is fictional and features in some of your other work. In some ways, it seems like a place untouched by the contemporary Civil Rights, feminist, and LGBTQ movements that launched in the 1960s.

Morgan is essentially a mash-up of three small towns in southeastern Kentucky, but there are many places like Morgan in this region. My novel, Finding H. F., is set in Morgan as well. As I thought about place, I knew I wanted to replicate the things that are always present in these Appalachian communities.

People in Morgan use words like sissy to describe gay men and colored to refer to Black people. While some residents find these terms appalling, they make others feel comfortable, as if their town is a safe harbor for like-minded people, far from viewpoints they find threatening,

Their churches, and Evangelical Protestant Christianity more generally, are not monolithic, but a lot of them perpetuate what they call call traditional values and progressives call bigotry. The Southern Baptist church, in particular, has a terrible history, and while some people are working to promote anti-racism and changes regarding gender, gender-identity, and sexuality, the church Kody, Nanny, and LJ go to has held onto the same narrow views for forty or more years. They’re anti-gay, anti-trans, and white supremacist.

Has anything changed, any progress toward inclusivity been made?

I live in Knoxville, Tennessee, a mid-sized city with a lot of racial and ethnic diversity. It’s where Macey, Kody’s biracial sister, lives with her aunt Diane. Macey is straight; nonetheless, she is aware of drag and queer culture in a way that Kody is not.

Knoxville is a world away from Morgan but if you drive thirty miles outside of the city, you’ll find places just like it.

Before the pandemic, I spent some time in a local drop-in center for LGBTQ+ teens that is located in a Unitarian Universalist church here. Some of the kids who came in came from places like Morgan. Of course, they could only get to the center if they had transportation and usually told us that they’d lied to their families about where they were going. Still, the Internet has made information available to those with Wi-Fi, so there is some progress.

Did you do any research to prepare for writing the novel?

I did, especially around the opioid crisis and how using opioids would affect Kody’s mother, Amanda. I also researched withdrawal and investigated how that process might feel for her, Kody, and Nanny as they supported her through it.

Did you have any concerns about depicting Morgan in a way that conforms to stereotypes about Appalachia?

Yes, of course. Many Appalachian and Southern writers are extremely concerned about being true to people and place without stereotyping them. In the mid-20th century, for example, a lot of Southern writers used phonetic speech and dialect. More recently, there’s been a move away from this and an attempt to capture the spirit of people rather than their actual language or cadence. There’s also been a real attempt to highlight the fact that not everyone is the same. Just because you’re from Kentucky doesn’t mean you have a particular sexual orientation, race, or class background. I try to make people individuals. Kody is not like other boys his age. He likes to listen to Dolly Parton, crochet, quilt, and sew. He also likes to apply make-up, wear a wig, and dress up in women’s clothing when he’s alone.

Just because you’re from Kentucky doesn’t mean you have a particular sexual orientation, race, or class background. I try to make people individuals.

Secrets can be so toxic. Kody, for one, hides the fact that he uses his time alone for what he calls the Dolly Dress-Up Hour. This can be a huge burden.

Secrets always lead to other secrets and you usually need to lie which creates more secrets. It can be hard to keep your secrets straight. Kody, however, is not the only major character in Needlework with secrets. Amanda has never spoken about giving birth to a biracial child that she placed for adoption. She’s also never revealed how Macey’s father died. Nanny knew about Macey, but has also said nothing about her existence, as if this granddaughter had never been born.

Let’s talk about the pervasive opioid crisis in Morgan and beyond.

People like Amanda typically began using opioids for control of legitimate pain. In this area, the jobs available to most people are dangerous, like working in a coal mine, working at a saw mill, or working in a factory. When people get hurt, they go to a doctor, and at least in past years, before the addictive properties of opioids were well-known, they would be given pills and told to keep taking them until they felt better. By the time they’d healed, a huge number had become addicted and overprescribing doctors, pill mills, and street sales made access easy.

It’s almost funny. When I was growing up, people always spoke about cities as big, bad places where you’d end up a drug addict. But it turns out that rural areas are as bad or worse; opioids have been a scourge on the entire Appalachian region.

Still, the reasons for their appeal are not a mystery. In addition to workplace accidents, the state of the economy and the despair and hopelessness that many people feel pushes them to try to numb themselves however they can. One of the ironies of the present moment is that the legalization of marijuana could help with the opioid epidemic and create new, decent-paying, jobs for folks who are desperately in need of them.

Kody takes his mom to a local Narcotics Anonymous meeting. Are these available throughout Appalachia?

Alcoholics Anonymous has been in small towns for a long time, and there would likely be NA and Al-Anon support groups available. 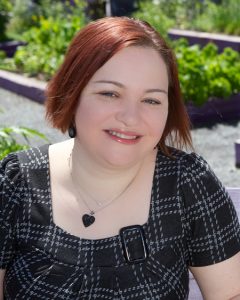 Amanda is a complicated character and I alternately felt compassion toward her and wanted to slap her!

Amanda is basically a nice woman. I think if she had made better choices she would have had great potential. She could have done something to get out of Morgan that would have helped her. Instead, her rebellion against her closed-minded family was impulsive. She got pregnant younger than she wanted which made it hard for her. But I taught college for years and always had some young moms in my classes. It’s hard but not impossible to go to school and parent.

Let’s talk about Three Rooms and your decision to be published by a small press.

All of my books have been published by different independent presses. It’s a way for me to be true to my vision. Going with Three Rooms for Needlework was a mutual choosing! Three Rooms also published by last book, Quiver. They do a great job promoting the work, getting it out there, and are very devoted to artistry. Like all publishers, they try to maximize their books’ commercial success, but they don’t try to make books fit a mold.

I’m hoping that Needlework will get into the right hands and will reach queer kids in small, rural towns. I want them to see that their stories have value, and realize that they, too, have stories to tell. I’m confident that Three Rooms will make that happen. 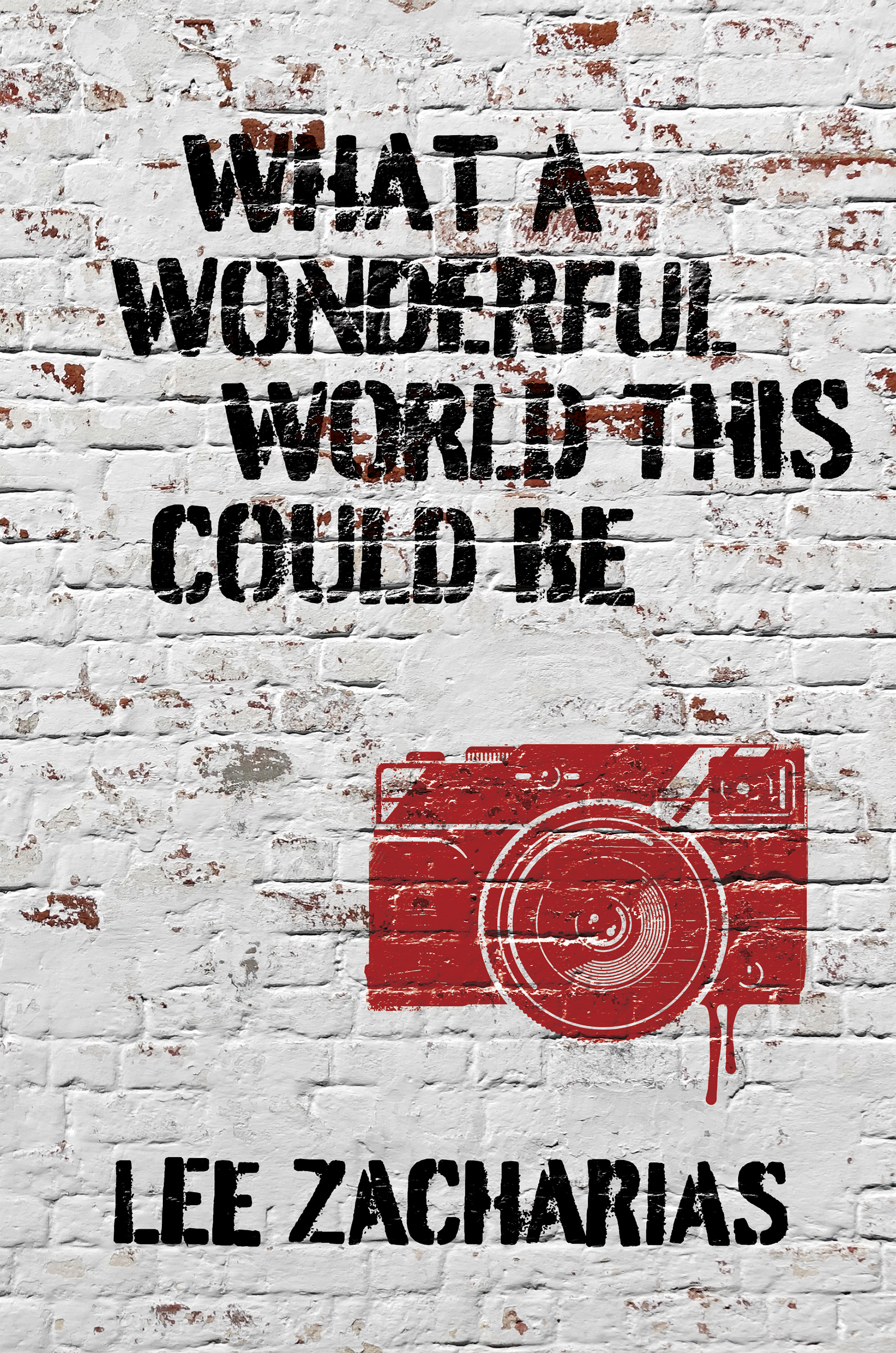