"A novelist has to develop a light hand with historical facts. You have to remember that you’re writing fiction; a novel is a story about people."

“Fiction is my first love, especially novels. While I also love history, my focus must be to tell stories about people, their lives, their loves, their struggles, and then I can tell how politics and political events impact them.” Eleanor J. Bader talks with Marisel Vera about her new novel, The Taste of Sugar, as well as Puerto Rican history, Hawaiian sugar plantations, the legacy of colonialism, and more.

When Marisel Vera was working on her first novel, If I Bring You Roses (Grand Central, 2011), she learned something that startled her: Between 1900 and 1903, 5000 Puerto Ricans had left the island to cut sugarcane in Hawaii. Although Vera had many questions about this exodus, she set them aside to finish her book. But she never stopped thinking about this massive migration.

Vera’s new novel, The Taste of Sugar (Liveright), returns to that earlier migration, exploring the conditions that prompted thousands of Puerto Ricans to leave for the Hawaiian sugar plantations,  including the coffee-growing family of Valentina Sanchez and Vicente Vega. As Vera tells their story, the social, economic, and political milieu of late 19th and early 20th century Puerto Rico comes into focus. What’s more, Puerto Rico’s status as a colony, first of Spain and later of the United States, provides a vivid backdrop for this beautifully wrought historical novel.

Eleanor J. Bader: What prompted you to research and write about this part of Puerto Rican history?

Marisel Vera: Once I learned about this great exodus, I knew that I eventually wanted to explore why thousands of Puerto Ricans felt compelled to leave their island for the Hawaiian sugar plantations. It had to have seemed like going to the other side of the world. I had so many questions. What was the political situation in Puerto Rico at the turn of the 20th century? How was the economy? What happened to the people who went to Hawaii to work in the sugar plantations? 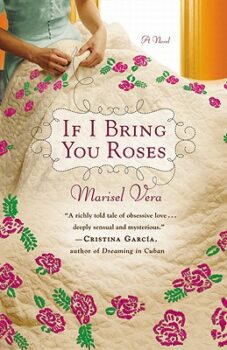 Although I was at work on If I Bring You Roses, I started reading about this period. I began with Norma Carr’s Ph.D. dissertation, The Puerto Ricans in Hawaii: 1900-1958, and I reached out to a librarian—she has since retired—at the University of Hawaii. This wonderful librarian photocopied every newspaper page she could find from the Hawaiian Sugar Planters Plantation Archives containing the words Puerto Rico or Puerto Rican that were published in Hawaii between 1900 and 1903. She later mailed all of them to me. I also read many scholarly books about Puerto Rico in both Spanish and English and researched 19th century newspapers in Puerto Rico in the database at el Centro, the Center for Puerto Rican Studies in NYC to better understand the politics of the era and how people lived.

Working on this new novel has been a fascinating journey of discovery, because I was also discovering my heritage as a Puerto Rican. I grew up Puerto Rican in Chicago, but didn’t know a lot about my country’s history. The only thing I remember learning about Puerto Rico is that it was a commonwealth. What did that actually mean? When I went home and asked my mother this question, she told me, “Puerto Rico es un estado libre asociado.” But she couldn’t tell me much more than that. Although she was a gifted student who graduated from high school in Puerto Rico, she wasn’t taught the history of her own nation. This is what happens when you are a colony.

How did you decide what historical material to include?

Fiction is my first love, especially novels. While I also love history, my focus must be to tell stories about people, their lives, their loves, their struggles, and then I can tell how politics and political events impact them. The Taste of Sugar is based on historical facts. I was extremely careful that it be historically true, so even though it’s the story of a fictional couple, Valentina and Vicente, it’s a true history of colonialism in Puerto Rico.

Why did the Hawaiian sugar growers decide to recruit workers in Puerto Rico?

The sugar growers recruited whole Puerto Rican families, not just men, because they wanted them to stay in Hawaii. There were several reasons for this. First, the Japanese workers already in Hawaii were beginning to organize against the miserable working conditions they faced on the sugar plantations, and the growers wanted to stop this. The desperately poor Puerto Ricans, who now were subjects of a U.S. territory, didn’t have immigration restrictions like the Japanese did. The Puerto Ricans were seen as cheap labor and a way to undercut or derail this organizing effort. In addition, the growers also wanted lighter-skinned workers.

In The Taste of Sugar, I write about the two major events that provoked my protagonists, Valentina Sanchez and Vicente Vega, to be among the 5000 people to leave for the plantations. First was the 1898 US invasion of Puerto Rico that destabilized the island’s economy and caused great hardship to the people of an already poor country. The second was 1899’s Hurricane San Ciriaco, which killed more than 3000 people and left tens of thousands homeless, similar to the devastation of 2017’s Hurricane María.

Other ethnic groups—men from China, Japan, and Korea—had been recruited to the Hawaiian sugar fields in earlier decades. These workers were expected to work, send money home, and eventually return to their countries of origin. The Puerto Ricans were treated differently.

Your description of the voyage from Puerto Rico to Hawaii is harrowing, with whole families crammed into steerage class, barely fed, and inadequately clothed. One scene describes a group of Native Americans giving blankets to the shivering travelers when they were waiting in port for the next boat. It’s incredibly moving.

When I found this nugget in my research, I knew I had to include this detail. The Puerto Ricans who went to Hawaii were incredibly poor. Some of the children didn’t have clothing, none of the Puerto Ricans had coats, so the Native people gave them blankets. It was a beautiful gesture.

There were so many indignities. The workers were actually called “shipments” by the growers and the men were forced to begin working the minute they got off the boats. Can you tell us more without giving away too much of the plot?

Working in the Hawaiian sugar plantations wasn’t the dream of a better life that the Puerto Ricans had hoped it would be, certainly not life that they’d been promised. In some of the plantations they were also cheated of their pay and the men did not even receive payment in dollars, but in scrip. The living and working conditions were brutal. One indignity was that their wages were taxed even though they received none of the benefits of taxation. One terrible irony is that their taxes paid for the wages of the police who beat them.

At the same time, people did find joy. Valentina and Vicente share a deep love, and despite the disappointments and tragedies they suffer, they are able to find solace in each other.

Valentina and Vicente have so little in terms of material wealth, but their mutual bond is what gets them through. They overlook the small stuff because they have suffered so much and what they have left is each other; they give each other grace. They have a wonderful sex life which helps deepen their connection to each other. And there’s music and dancing. As I wrote in the novel, the Puerto Rican workers partied on Saturday nights and played music, danced, and tried to enjoy themselves as much as they could.

Even though many people often described their lives as trabajo y tristeza—work and sorrow—they did their best to find joy. Music and dancing were an important part of that.

Valentina was further able to find a community of women in Hawaii. When she married Vicente and moved from Ponce to Utuado to be with him, she was just seventeen and had to grow up fast. She was lucky, though, and had the support of Inés and Gloria, women in her family circle, but when she left for Hawaii she had to start over. The women she met there help her through the terrible disappointments she faces. She also helps them.

These things certainly help offset some of the tristeza.

As a writer, I’m very conscious not to present so many bad things, so much tragedy, that the reader says, ‘this is too much, I can’t bear it,’ and stops reading. The characters need to rejoice when they can, and find moments of humor, contentment and happiness, if possible. This is what we do in our own lives, isn’t it? Find solace in family and friends and in what brings us joy.

Did the workers ever make headway in organizing to improve the exploitation they faced?

Some of the Puerto Rican and Japanese workers did come together and organize. There were some strikes and they may have been successful on a few plantations. But it’s very hard to strike when the wages you earn are the only way to feed your family.

I know this from my own experience because when I was a teenager my father went on strike at the factory where he worked. There were eight of us and it was very hard. Papi picked up odd jobs when he could and we got food stamps but it was rough. Some people can’t do it. 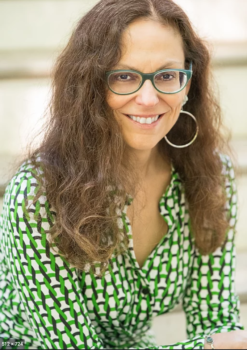 Let’s switch topics and talk more about writing. In your acknowledgments, you call yourself “the revision queen.” How much rewriting do you typically do?

Writing my first novel made me learn to love the revision process. I try to make the language of everything I write as beautiful as I can so I read every page aloud to hear how it sounds. I write many, many drafts. I also write every day. I don’t outline; instead, I let my subconscious get to work, knowing that the first draft is only the first step of my writing process, reminding myself that I will find the full story in revision. I confess that there are days when I doubt that this is true, but it is! Most days, I have faith that the story will reveal itself as I write and that the characters will appear along the way. And they do.

How did the pandemic impact the book’s release?

Liveright, my publisher, wanted all the revisions turned in by December 2019 so The Taste of Sugar could be released before the presidential election; they knew the election would capture most of the press coverage. Of course, no one foresaw the arrival of COVID-19. Since the book came out, I’ve done readings on ZOOM and that’s fine, but you don’t know if the viewers are actually buying the book. People prefer going to live author events, listening to you read, and having you sign their books. Nonetheless, I’ve been fortunate. The Taste of Sugar has been well-reviewed, and it’s been gratifying to hear from Puerto Rican readers who say that the novel has inspired them to dig into their own histories and ask older relatives about their lives. They write to thank me and to tell me that the novel has not only taught them about Puerto Rican history, their own history, but also given them added pride in their heritage.