"Writing from roots is a common theme in all my work."

"I don’t think you can really go home again. I was more interested in what happens if you have to": Melissa Scholes Young chats with Aline Ohanesian about motherhood, small-town USA, and her debut novel, Flood, out this week from Center Street/Hachette.

In her riveting debut novel, Flood (Center Street/Hachette) Melissa Scholes Young asks if we can ever truly go home again. Set in the small town of Hannibal, Missouri, hometown to Mark Twain and the author herself, the book is a rumination on the meaning of home, family, and self. After getting laid off from her job, Flood’s protagonist, Laura Brooks, returns to her hometown, confronting the familial, racial and economic troubles she escaped as an eighteen year old. The conflicts in this novel are as deep and turbulent as the Mississippi River that threatens to flood the town and everyone in it. Young takes on big themes of identity, family, and the idea of home with a refreshing mix of honesty and humor.

Melissa and I met at the Bread Loaf Writers Conference, where we shared a workshop with Luis Urrea. We immediately bonded over the truths we wanted to tell in our stories and what it means to leave family behind to do so. We chatted through email and social media for this conversation.

Aline Ohanesian: Mother-daughter relationships can be some of the most complex in life and literature. Were the contours of Laura’s relationship with her mother, its difficulties as well as its strengths, clear to you from the start or did they evolve during the writing of the book?

Melissa Scholes Young: Laura and Mama’s bond was always clear, but it actually took outside readers to help me see some of their dysfunction. I wanted to show Mama doing the best she could with the equipment she had, even if it wasn’t good enough for Laura. Also, as Laura learns more about the choices her Mama had to make, she sees her their relationship with more compassion. 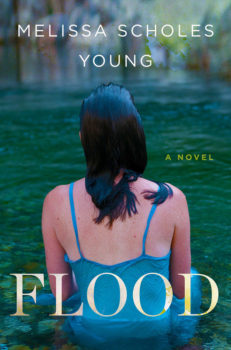 How does Laura’s view change throughout the story?

My guess is that we expect too much from our mothers. Laura definitely does when she first returns to Hannibal. But as she begins to question her own identity and unravel some of the stories she’s been telling herself, she sees Mama more clearly, more as a separate person rather than just her mother. The character of Aunt Betty is a kind of mother, too, and she guides Laura to a new understanding.

Does it matter that Mama is not that likable as a character, certainly not at first?

That makes sense to me since we can only see it through Laura’s initial narrow lens. During a later draft I decided that Mama’s portrait was too limited through Laura’s grieving eyes, so I gave Mama chickens. I adore chickens. Mama loves her “girls,” and I hope readers see that some of Mama’s edge toward her daughter is a kind of grit she thinks is necessary. Softness is not valued in rural culture. It’s sometimes viewed as a kind of weakness. Hardness helps you survive, and Mama is tough on Laura to teach her strength.

As we both know, parenting is lovely and hard. I wanted to write a more communal approach to mothering and mentoring through Mama, Aunt Betty, and Ms. B. I grew up with twenty-seven first cousins on my mom’s side and a dozen more on my dad’s. Aunts swarmed us. The benefit of growing up with so much family is seeing so many ways of being beyond your nucleus. Laura has so many people in her life that love her, and sometimes your people know you better than you know yourself.

Setting is an important aspect of every literary work, but place plays such a crucial role in Flood. I’m especially interested in the seamless way personal and literary histories are interwoven. How did the history of Hannibal, which is not only Mark Twain’s hometown but yours as well, impact the writing of Flood?

Writing from roots is a common theme in all my work. When you grow up in an historical place like Hannibal and know Mark Twain’s writings from an early age, literature is just part of your identity. But I also realize that we tend to mythologize it. We embrace the Tom and Becky story because we are America’s hometown and it’s safe and digestible, but we shy from Huck and Jim’s story because it’s more complicated. In writing Flood, I wanted to hold it all. I wanted to poke at that history and make characters reckon with it. I trust my readers. They can hold difficult truths.

I trust my readers. They can hold difficult truths.

One of the themes in Flood is the idea of going home again. Can we ever really go home again?

I don’t think you can really go home again. I was more interested in what happens if you have to. Home doesn’t change but you do. Your perspective shifts and you lens widens. Home is the same but you see it through different eyes. One of the opening epigraphs is from Mark Twain:

When a man goes back to look at the house of his childhood, it has always shrunk: there is no instance of such a house being as big as the picture in memory and imagination call for. Shrunk how? Why, to its correct dimensions: the house hasn’t altered; this is the first time it has been in focus.

Writing Flood helped me see that focus for Laura.

The historical narratives throughout are so rich in placing us in the story. What research did you rely on? What led to your decision to develop a character to share this history? 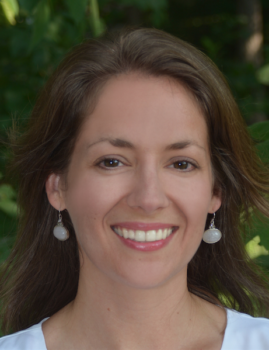 My mentors mean so much to me, and as a first generation college student, like Laura, I know how important mentorship is on your path to success. I wanted Laura to have that, so I wrote Ms. B as an outsider who sees Hannibal through fresh, adoring eyes. Ms. B is shocked that her students do not appreciate the rich literary landscape among them and she’s hungry to share it with them. But Ms. B will always be an outsider among insiders and that’s a tough place to be. She knows more about Hannibal than most townsfolk yet she struggles to teach them because she wants to move beyond the safe Tom & Becky stories to the more challenging and controversial Jim & Huck ones. The research—and there was years of it—came separate from Ms. B’s character. It was actually my brilliant editor at Center Street who brainstormed with me ways to better integrate the historical openings for each chapter.

Will you write another book from Hannibal? What are you working on now?

I think this is the only Hannibal book I have in me. We’ll see. I’m writing a new novel now. It’s a story of four daughters in a family pest control business and the radicalization of rural culture in America.

Our national and political narrative is finally turning its eye to small-town America. Flood does a great job of capturing the cultural and economic complexities of small towns. Were you conscious of depicting not only your own hometown, but this notion of small-town USA, for a national reading audience?

Absolutely. I fear in our political climate that small-town USA is painted with one brushstroke. Laura was guilty of this too when she first returns. Later in the novel, she realizes that it takes courage to stay, to dig in and devote yourself to a town, to build on generations of memory and to make your own mark.

I adore small-town USA and I can hold both its sometimes frustratingly slow progress and its comfort. I now live near Washington, D.C., which you can imagine is an entirely different experience. I’ve always been curious about new things. Like Twain, I wanted to travel and to question. I’m restless and want to sit with difficult answers. That can get me in a lot of trouble, but I hope it makes my existence and what I choose to write about more authentic.

I always say Hannibal was and is my hometown. It means a lot to be from a place and from people that know you, really know you, and love you in spite of your, in my case many, flaws.