Frances and Bernard, by Carlene Bauer 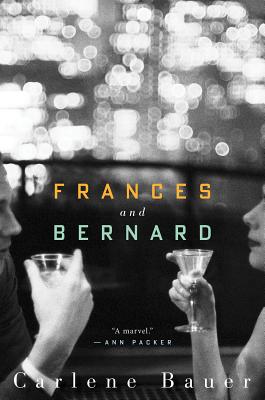 Carlene Bauer’s debut novel, Frances and Bernard (Houghton Mifflin Harcourt), daringly draws its inspiration from literary icons Flannery O’Connor and Robert Lowell. Bauer sets herself an ambitious challenge: to convince the reader of her fidelity to her sources while creating original characters telling their own story. Bauer told Publishers Weekly, “I don’t want to write historical fiction, but I want readers to know that it was the temperaments, minds, and voices of these specific people that set me off.” She chose to write a novel in letters because “the intimacy of letters was a way to cut to the chase dramatically and emotionally, to tell the story in first person but with the dramatic conflict of two first-person narrators…Character has receded as a mode of ideas in fiction, and writing it in letters made it easier to create fully realized people whom I’d invested with passion.”

In his New York Times obituary of Robert Lowell, Thomas Lash observed that the poet’s translations and dramatizations of Hawthorne and Melville “frequently used the originals only as a springboard for his own versions.” In a similar vein, Bauer’s novel imagines a correspondence and love affair between O’Connor and Lowell, who did actually meet at Yaddo in 1948 and thereafter became intermittent correspondents. Frances and Bernard expands upon and explores the intriguing possibility that, as Bauer told Publisher’s Weekly, Flannery O’Connor “had a crush on Robert Lowell.” Bauer’s characters Frances and Bernard meet at “The Colony,” correspond about writing, human nature, friendship and faith. And they fall in love.

Bauer’s own background and sensibility are well suited to her story. The author’s memoir Not That Kind of Girl recounts growing up in an evangelical community and, like Frances, coming of age and beginning a life of letters in New York City. Like Frances and Bernard, and like O’Connor and Lowell, Bauer cares passionately about questions of faith, writing, and love.

A significant demand on both Bauer and her readers is posed by the larger-than-life personae of O’Conner and Lowell. Particularly in the first pages of her book, I struggled not to read it as a roman á clef. I resisted—until after finishing—the urge to refer back to O’Connor’s letters collected in The Habit of Being, which Bauer cites in her Harper Collins author profile as among her favorite books, along with Words in Air: The Complete Correspondence Between Elizabeth Bishop and Robert Lowell.

Fortunately, Bauer demonstrates resonant understanding of her subjects and her theme, which she described to Publisher’s Weekly as “what happens when someone effusive, passionate, and grandiose gets involved with someone tough-minded, cranky and aloof.” With Bernard, Bauer conveys Lowell’s passion and mental anguish; with Frances she captures O’Connor’s tart joie de vivre and unshakeable faith. She nails both voices with a pitch-perfect ear.

For example, here is Frances: “Dear Bernard — I can’t tell you how glad I am that you liked what I sent you. But I don’t want to change a thing.” And here, for comparison, is Flannery O’Connor herself, writing to Robert Lowell: “I’ll keep your letter about the book nearby when the trouncing begins.”

Bernard writes to Frances: “I see Lexington Avenue below me through the window to my right. I see all the children still in their winter coats crossing and recrossing the street in a pattern that makes me think of the hedges in gardens in Florence.” And here is Robert Lowell in “The Public Garden”:

The city and its cruising cars surround the Public Garden. All’s alive— the children crowding home from school at five.

Ironically, Bauer’s very success at creating verisimilitude increases the distracting presence of the “originals” in the reader’s mind. This interferes, initially, with establishing pure belief in her derivative fictional characters. Similarly, in the film Lincoln, actor Daniel Day Lewis’s uncanny ability to inhabit Abraham Lincoln at first competes with the story for the viewer’s attention. For comparison, consider Miss Fuller, April Bernard’s recent novel inspired by American transcendentalist Margaret Fuller. Ms. Bernard also employs fictitious first-person documents in the form of Fuller’s letters washed ashore after her death by shipwreck. But it is easier to enter into the dream of Ms. Bernard’s story. Why? Perhaps in part because Margaret Fuller is more distant in time and less familiar; the reader has fewer proprietary illusions and preconceptions.

Ultimately, Bauer convinced me to let go of the “originals” and follow Frances and Bernard. I stopped fretting about the interplay between fact and fiction, truth and dream. After all, good fiction and poetry reflect essential inner truth, illuminating more than fact alone can. Through these letters, Bauer often reveals character in a manner more like an x-ray than a photograph; we see internal personality structure, thoughts and hidden feelings. But Bauer also paints full portraits of Frances and Bernard as flesh and blood people through their exchanges with each other, as well as their occasional correspondence with secondary characters, their friends and editors.

One gift of reading Frances and Bernard is the impetus to revisit O’Connor and Lowell. After finishing Bauer’s book, I returned to The Habit of Being. In the introduction, editor Sally Fitzgerald quotes Katherine Anne Porter: “I am always astonished at Flannery’s pictures which show nothing of her grace. She was very slender with beautiful, smooth feet and ankles; she had a fine, clear rosy skin and beautiful eyes. I could wish I had some record of her as she appeared to me.” Porter would recognize her friend’s elusive beauty in Bernard’s lyrical description of Frances: “…in the mornings I think of what your bare arms, covered in freckles, would look like in the clear bright water…Your freckles: I want to down them like oysters, having my fill on a rock that no one can find.”

Although the work, reputation, and stature of O’Connor and Lowell inevitably overshadow this novel, Bauer accomplishes her goal and creates a compelling and enjoyable character-driven story. She establishes Frances and Bernard as complicated, interesting individuals in their own right. Read and enjoy this novel in letters: a love story about friends who care about thought, belief, literature, and each other. 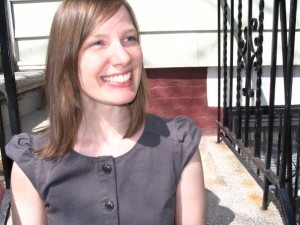 Drop in on a week in the life of Carlene Bauer.
http://www.theparisreview.org/blog/2013/02/05/a-week-in-culture-carlene-bauer-writer/
Read an interview with Carlene Bauer where she talks about faith, evangelism, and her memoir.
http://moreintelligentlife.com/blog/emily-bobrow/carlene-bauer