"It is through the very process of being asked to judge Ruth alongside the narrator that we end up feeling an indelible bond with her."

"Zambreno’s explicit referencing of not just film tropes in general, but Noh theater and French cinema and American plays in particular, immediately raises questions about agency, artifice, and images of women. And in the reflective process that follows, a reader might naturally find themselves asking: who is the director of our lives?"

A green girl is a young woman, fresh and inexperienced. A woman “unsifted in such perilous circumstance,” who hasn’t gathered enough common sense to know the intricate ways of the world. Ruth, the protagonist of Kate Zambreno’s third book, which was published originally in 2011 by Emergency Press and re-released this summer by Harper Perennial, is just this sort of young woman. By day, she is a perfume girl at “Horrids,” asking passers-by if they want to experience Desire. By night, she channels La Nouvelle Vague, sexing and drugging and experimenting, void of any desire except to relinquish agency and authority.

Ruth’s story is narrated by an unnamed, omniscient, and fiercely critical—sometimes maternal—authorial voice, one whose observations teeter-totter between love and hate, lust and disgust.The narrator fashions herself the director of Ruth’s life, calling her “my actress,” positioning the reader as audience member watching Ruth’s life unspool, as if on film, with the narrator as auteur and the characters as actors inhabiting bodies, playing their parts. In fact, while the book technically begins with the narrator evoking Ruth’s birth in a prologue, of sorts, Ruth’s own story starts as if the book were literally a film:

Train about to depart. Mind the gap. The doors shut like a silencer. Shooosssh. Crowded car. Bodies, bodies, bodies. Ruth remains standing, gripping the metal pole to steady herself. Maybe it’ll miss the tracks next time, she thinks. She imagines her face smashed, unrecognizable. Gone in pieces like a porcelain doll.

This initial scene on the London subway system, wherein Ruth finds herself surrounded by women with “their gold wedding rings clicking against the pole, which they clutch as if drowning,” is one that asks us to observe Ruth as the narrator does—from a distance, as an actor in someone else’s drama—while at the same time allowing us to embed within her thoughts. But if this is a drama we’re watching, are they Ruth’s thoughts or are they a kind of stage direction for the young woman playing this green girl? Are they interpretation of what Ruth feels or are they her own feelings?

Zambreno’s explicit referencing of not just film tropes in general, but Noh theater and French cinema and American plays in particular, immediately raises questions about agency, artifice, and images of women. And in the reflective process that follows, a reader might naturally find themselves asking: who is the director of our lives? Is it a higher being? Is it our alterna-personas? Or is it merely our internal selves judging and critiquing every action, every thought, every facial expression we make, the way a director would with his or her actors?

With regards to agency, in particular, Ruth certainly doesn’t understand her motives much of the time. She often positions herself in humiliating circumstances and seems to have not the first clue as to how she got there. And once she finds herself in these situations, as she says, she “wouldn’t know how to leave.” Likewise, she wants “to be something more than she is” but doesn’t have the slightest idea as to how she might accomplish such a thing. This distancing of Ruth from the why’s of her choices is perhaps a necessary divide to help her mature and to decide who she wants to be. Ruth is so pliant that she easily switches identities. Yet she also does so, perhaps, as a way to discover answers, because she believes that people must visualize situations to find those answers. In reply to the narrator’s question, “How else does one figure out who one is?” Zambreno seems to propose a clear solution: we must watch ourselves play multiple parts. 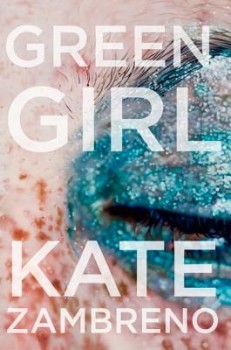 As we are taken through the scenes of Ruth’s life and watch her try on these multiple personas, we see that the narrator-director becomes increasingly antsy with respect to her relationship with Ruth, unsure of whether to mother her and save her or to feed her to the wolves of the cold and callous adult world. The narrator says about apathetic youth that that she’d “want to choke [them] just to hear them make a sound.” Yet, in the following lines, she says, “But I won’t choke Ruth why would I choke her I love her.” She inflicts violent thoughts upon the youth and upon green girls but, still, she cannot bear to do the same to Ruth. This cruel push-pull intensifies as the narrator brazenly admits, “I experience joy at her suffering. I want to save her and then drown her like a surplus puppy.”

Through the narrator-director’s alternating emotional responses toward Ruth, Zambreno likewise illuminates the love-hate relationship many young people have with themselves. We have a fiercely unsettled view of who we are. We are lost. We are a mystery to ourselves. And we often seek emotional release from the pain of not-knowing by engaging in potentially self-destructive behaviors like mutilation and promiscuity. So as we study Ruth in the same way that the narrator studies her, we can’t help but wonder with a shiver of recognition: “Could that be me?” Would we fuck a stranger to make sure we really were over our last romantic interest? Would we do Ecstasy merely because, like Ruth, we “couldn’t see a reason why not”? For, ironically, it is through the very process of being asked to judge Ruth alongside the narrator that we end up feeling an indelible bond with her.

Amplifying this sense of instability, and the ease with which identity destabilizes, is Zambreno’s stylistic approach to the writing itself. The author frequently employs incomplete sentences, playing both with phrases short of one sentence and with the concatenation of multiple sentences without necessary joining punctuation. The narrative script is also peppered with staccato fragments, such as: “Point. Squirt. Hand. Point. Squirt. Hand.” And these fragments typically operate as repetitions, such as: “Ruth worries, worries, worries, while her stomach twists, twists, twists.” This intense variation of sentence structure and narrative technique heightens the feeling of fragility that permeates the book. The story, the narrator, the characters—they’re all a house of cards that could disintegrate with the slightest gust of wind. Made-up words litter the text—upanddown, drugdaughter, thepaddingofstrangefeet—and we wonder, what else is made-up? What is real? Zambreno’s choice of making the first-person narrator as wobbly as she is prompts us to question the fragility of our own identity.

Because there is little continuity in narrative style—as if the narrator isn’t entirely sure how to tell the story of Ruth—a strong sense of urgency pervades the book. This urgency arises from the unresolved tension between observing Ruth from the outside, as if this were a film and she the actor, with the incredibly close, nearly stream of consciousness thoughts from Ruth’s internal dialogue. We want to know how to judge Ruth. We want to grow out of this unsettled phase of her life with her, but could we ever? Is the only solution to simply “marvel at our emptiness, our youth … when we look back at ourselves?” Most of the book has us watching Ruth suffer through her experiences. It is a human desire to want to help end someone’s suffering like how the narrator says she “feels an urge to drown [wounded puppies] just to put them out of their misery.” But then the question becomes, how can we put Ruth out of her misery and help her find herself? Can we save her? If so, how? 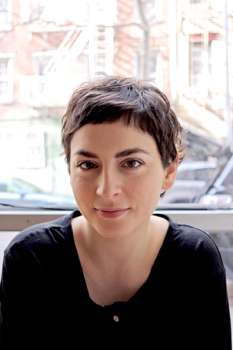 Ultimately, this novel explores some of the hardest questions of existence: Who am I? Do I need to be saved? How do I balance the lightness and heaviness of being? And, in doing so, the book provides few clues to the answers. The narrator says, to the extent that “the impermanence of [Ruth’s] life was starting to weigh on her,” that no one can know whether the impermanence will stop, whether she will cease the constant move from place to place. In the closing shot, Ruth is “drunk, dizzy” in a mob of Hare Krishnas. Ruth has no job, no man, no permanence. The only glimmer of hope for Ruth, as the narrator fades away in the final paragraph and we get Ruth’s immediate thoughts, is her desire for a kind of transcendence: “I want to sit in a church and let the white light bath me. It doesn’t matter what church, what religion.” Zambreno suggests that it doesn’t matter what or who Ruth’s savior is. It doesn’t matter if we look to Hare Krishnas or Jesus Christ or Buddha. It would actually be better to not comprehend the mumblings or prayers that people have for entities above and beyond. What matters is that we can hold our arms wide and welcome something larger than ourselves. It matters that we can direct our gaze to the heavens. To have hope. It matters that we can simply live.

“We tell ourselves stories in order to live,” Joan Didion famously said in the opening of the title essay of The White Album. Ruth, struggling to live as a green girl, tells herself the story of her life through a distinctly separate and savagely judgmental mother-director-narrator figure, the variation in narrating techniques mirroring the variation in Ruth’s identities. It’s a coping mechanism for the agony of becoming and of ripening in the world. It’s also a way to understand the gap between “who she [is] and who everyone thought her to be,” the gap between the past and present, between her make-believe world and the real world. She needs to tell it this way, as an outsider, in order to live because being a girl means being “always conscious of yourself, always seeing yourself as if from the outside.” And, by telling it this way, Zambreno makes Green Girl a book that’s completely whole, utterly mature, and—from my point of view as a young woman—a transcendent literary work.