"The 'BOJ,' as she’s sometimes called, stands for 'Bundle of Joy.' The irony is as thick as a good steak."

Kids These Days, by Drew Perry

Lots of novels that call themselves funny turn out to be playful or witty or perhaps casually clever in a quiet way. But Drew Perry’s Kids These Days (Algonquin) is a genuinely funny book. One that will make you guffaw into your gingerbread latte until a stranger at the next table asks, “What’s so funny?” At which point you might—as I did—end up reading pages aloud and making a scene at Starbucks. If you want a novel that serves up its humor in a venti-sized cup, this one’s for you.

Part of what’s funny is the premise: Walter and Alice move from North Carolina to Florida so they can live rent-free in Alice’s dead aunt’s beachfront Florida condo, though they don’t bother to cart out her belongings or truck in their own. Every morning a motorized parachuter with mysterious, seemingly nonsensical messages flies across their balcony. Walter goes to work for his brother-in-law Mid, who owns a sea kayak rental, a pizzeria that may or may not have marijuana on a secret menu, and two ice dispensers in a parking lot, among other “ventures.”

What exactly does Mid do? In his own words: “All I’m trying to do is make it so we can have a fucking life. . . It’s not like I’m selling pistols to rapists. I’m not poaching endangered lemurs.” Walter is the kind of guy who drives around in a borrowed vintage Camaro nicknamed “the banana” because it’s so bright yellow “it can be seen from space.” And Walter’s job, which consists of working with his brother-in-law as his “partner” in several ventures, starts out vague at best before eventually (and inevitably) sliding toward entropy. Meanwhile, a baby is soon to be born. The “BOJ,” as she’s sometimes called, stands for “Bundle of Joy.” The irony is as thick as a good steak.

Haven’t we all seen children who look like meatloaves? Waiting rooms that make us feel like we’re in a fishbowl?

Part of the book’s tension, then, as well as its humor, comes from the way in which this novel presents Mid’s daughters as sneak previews of what Walter and Alice’s BOJ might have in store for them. Mid’s toddler, who was colicky for an entire year, constantly wants to hear dump truck stories read aloud. His twin twelve-year-olds are a double dose of Tae Kwan Do on a perpetual loop. Fifteen-old Olivia (who calls herself Delton and who, in some ways, is more mature than any of the adults, we finally discover) runs away with a college boy on a Vespa, gets a tattoo, and covers the walls in tin foil. Exposure to Mid’s kids would be enough to make anyone take an oath of celibacy, yet it’s too late for Walter.

In fact, much of the novel’s humor has to do with the way in which Walter voices our own fears, which often seem both ridiculous and realistic. We brace ourselves for Walter’s terror when confronted with Mid’s children, who are the parenting equivalent of Scrooge’s Ghost of Christmas Future. We also wince in recognition at his panic, as we tell ourselves that anyone who isn’t terrified by imminent parenthood is either deluded or not paying attention.

Yet it’s not just the ridiculous situations and the comedic tension that make Kids These Days an engaging read—it’s the language. Perry includes some lovely, comic descriptions, such as this one of the beach outside the condo: “Old men in white hats toting metal detectors. Deeply wealthy Scandinavian couples, too, out first thing in their teak-and-canvas folding chairs, their meatloaves of babies sheltering under strikingly engineered tents and umbrellas, eating sand.” Or, the doctor’s waiting room as “a cross between an aquarium and an airport.” Or, Walter waited to “suddenly feel like a father,” to “have some vestigial urge to run out and stab a gazelle in the throat and drag it back to [their] hut for dinner.” Yet the reader knows that that isn’t going to happen.

Another reason this book’s humor is so successful is that Walter makes us see mundane objects and experiences with the wide-eyed wonder of a toddler. Just as society tells our soon-to-be-father he’s supposed to become more grown-up and serious, he surprises us with his childlike ability to see everyday details in fresh and new—and true—ways. Haven’t we all seen children who look like meatloaves? Waiting rooms that make us feel like we’re in a fishbowl?

The humor also comes from Walter’s desperation, the near-emotional-drowning that makes him willing to suspend all disbelief (or, for the cringing reader, enter into a farcical, willful delusion), as he does in moments like one at the Pray N Wash. Here—for a fee—a teenager offers to convey Mid and Walter’s requests directly to God before washing their car. This bit is delightful for both the spot-on satire of the situation (it’s preposterous but almost believable) and the goofy, lyrical tone of the language that Perry employs:

He was so good, and ridiculous as it was there at the Pray N Wash, with Mid holding my hand and Jesus Christ’s very own personal Tropicana spokesboy raining down favor on us, there was an idea I felt come over me, a vague communion, a feeling that if something like rapture or perhaps minor coastal flooding were to arrive right then, that we’d still be alright, at least in the short term.

Kids These Days is a pleasure to read. But is it anything more than funny? I’m not sure that’s the right question to ask. What more does a novel need to be? Innovative? Profound? Timely and relevant? Moving? 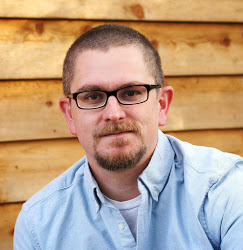 The novel’s innovation springs directly from its premise. How many men write book-length stories about pregnancy? Ironically, Alice’s recurring complaint that Walter isn’t invested enough in the baby is undermined by his obsession with his lack of investment. He worries about not caring enough for the baby with a mania that begins to take on the appearance of caring like crazy. His lack of control over the pregnancy (since the baby is not in his body) is symbolized by his lack of control over a job that seems like it might swallow him whole. The danger of Mid’s shady business dealings acts as a slapstick stand-in for the risks of impending fatherhood.

Finally, Florida as a microcosm for the whole country also amplifies the stakes and humor of this story, for the state takes all our natural beauty and man-made troubles and ratchets them up several notches. The tourists, the real estate bubble, the consumer culture—they are all pressed to the point of absurdity, yet still shockingly real. The death-defying Go-Karts and lechers dressed up as pirates in the deli department reflect our lives in extreme, allowing us to see ourselves more clearly for what we really are.

Still, perhaps what ultimately allows the novel to transcend humor and guffaws is a small thing, as profound insights often are. Throughout the novel, baby names are a sort of running joke. The continuously changing string of names that Walter endows his fetus with (always both a male and female version) offers insight into his evolving relationship to fatherhood. Is it going to be “Collar or Cholera”? “Orange or Orangina”? Finally, in what could be called an epiphany, one that allows us to see that he is finally ready for fatherhood, Walter says:

Is there anything more profound than that?