[Reviewlet] The Girls of No Return, by Erin Saldin

Saldin nails the caustic appeal of troubled teens at a wilderness reform school. 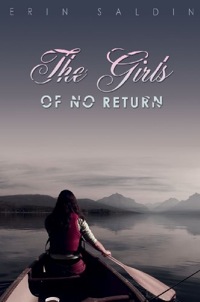 In Erin Saldin’s debut novel, The Girls of No Return (Arthur A. Levine), high school sophomore Lida Wallace arrives in the vast Frank Church Wilderness Area of northern Idaho to attend the Alice Marshall School. The academy is a last resort for girls with problems, but Lida, like the other girls, has no wish to discuss her “Thing”—the transgressions that landed her in a literal wilderness. Sulky, with the requisite eye-hiding hair, Lida avoids attention with a professional zeal. But as she acclimates to the fishbowl, Lida begins to enjoy the politics of this close-knit world.

In spite of her shyness and pessimism, Lida gets to know her cabinmates: Jules, so sweet and even-tempered that no one can figure out what she’s doing at the school; and Boone, a straight-talking troublemaker, by turns friendly and fiery.  Lida also befriends Gia, a glamorous and sophisticated older girl who expects total obedience. In particular, she doesn’t want Lida spending time with Boone. As the mistrust and animosity grows between Boone and Gia, Lida tries to avoid picking sides. The stakes rise on a camping trip into the wilderness, where Gia and Boone face off. Both of them need Lida’s help, and her choice will shape her future.

In her debut novel, Saldin brings a keen and unsentimental eye to a world of strategic friendships and devastating betrayals. Her girls, isolated by geography and by personal struggles, crystallize the teenage predicament. Lida’s dry sense of humor leavens her narration, as when she describes the group therapy counselor: “She was short and round and had an inviting air about her, kind of like a beanbag chair.” Saldin renders the caustic appeal of teenagers who have been shipped out of sight with a precise beauty. As Lida says about the absent but ever-present parents, “We’re not on the same page as them. We’re not even reading the same book.”