How do you write a compelling fiction when the reader knows what happens? 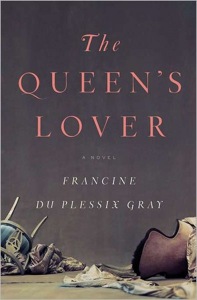 In Francine du Plessix Gray’s new novel, The Queen’s Lover, one newsy interlude follows the next propelled by a great deal of narration, often without lingering in the scene as a reader might desire in a historical romance—those rich pauses that attract many to the genre in the first place. That mantra of the writing classroom—show, don’t tell—implies a golden mean of action and description. Veer too much toward action and you’ve written a play; too much to description and readers lose the point, bogged down by detail. The overgrowth of narration threatens to overshadow what Gray does have: a strong, intriguing story, rife with the elements of Greek tragedy.

Gray sets her historical fiction in the 1770s, before the American and French Revolutions. A Swedish nobleman, Count Axel von Fersen, ignites a romance with Marie Antoinette that lasts until her death at the guillotine. Fersen also meets her husband, Louis XVI, and becomes almost a treasured member of the royal family. Fersen joins the French forces aiding the American Revolutionaries. When he returns, he finds France on the brink of disintegration. Intrigues follow. As with Hilary Mantel’s masterpieces (though on a more modest scale), Gray balances a narrative where the reader knows, more or less, where it’s all heading.

The narration alternates between Fersen and his sister, Sophie. Here is an example, in Sophie’s voice, of Gray’s narrative style that hovers above the moment, instead of submerging the reader in it:

It was hard for me to understand why my gentle brother would ever desire to take part in armed conflict, would ever be able to aim his rifle at another human being. But since his adolescence he’d aspired to be a soldier and experience battle, and he also tended to be very anti-British. In 1778 France decided to side with America’s rebellious colonists; great numbers of distinguished French citizens—most notably the twenty-four year old marquis de Lafayette and his brother-in-law the vicomte de Noailles—crossed the ocean to join America’s colonists in their struggle for independence from Great Britain.

Information arrives, but one never feels “on the ground.” And in this passage, Axel gives rich detail, but still at a distance:

The winter of 1788-1789 was the coldest in decades. After I returned to Paris from Sweden that January the city remained covered with many inches of snow, and the icy ground was so treacherous to horses that I preferred to cross the frozen Seine on skates rather than traverse its bridges by coach. One might have wished to hear the shush of the skates, to smell the woodsmoke, and feel the ache of Axel’s stiff ankles. But that is another book. Only when the royal family faces death does Gray quicken the pace and dive into a deeper intimacy with her characters. Fear focuses the mind. Historical fiction must rest upon rich character and the fictional elements an author’s wit introduces—we do not read for what happens; we know it. The Queen’s Lover, rich in history and full of promise, lacks the fictional surprises that make a reader swoon.