"Indeed, Ausubel has situated us firmly in the territory of fairytale."

Sons and Daughters of Ease and Plenty, by Ramona Ausubel

"Indeed, the Keatings’ struggles take on a historical and even mythic dimension that gives them significance beyond the merely personal": Mary Stewart Atwell on Ausbel's latest novel, Sons and Daughters of Ease and Plenty.

Fern and Edgar Keating have a happy marriage, plenty of money, and three beautiful children, and yet they suffer from a sense of incompleteness—a discontent that lurks just below the surface of their seemingly flawless lives. “Edgar loved the eelgrass and the cold water and the thunderstorms,” the narrator of Ramona Ausubel’s new novel Sons and Daughters of Ease and Plenty (Riverhead) tells us, but he also questions whether he has the right to express this love: “He thought that if a poor person told you he loved the eelgrass you would believe him immediately, and how unfair that was if you happened to be rich….That he had a hand-built wooden sailboat made him only able to talk about his swim, his ferocious love for the water, with other people who also had wooden sailboats.” Edgar’s self-consciousness about his privilege places him inevitably on the outside of his own experience, unable to either repudiate it or appreciate it fully. Though there is irony here—the reader continually aware that Edgar’s problems are not really problems at all—Ausubel never allows us to dismiss or condescend to these characters. Indeed, the Keatings’ struggles take on a historical and even mythic dimension that gives them significance beyond the merely personal.

It is 1976 and the Keatings are coming to the end of their summer vacation on Martha’s Vineyard when Fern receives an unexpected call from her family’s lawyer. Her parents have recently died, and she is now informed that the fortune that has nourished her family for generations has been squandered. Though Edgar too comes from money, his wealth has strings attached; to access it, he must agree to go back to Chicago and take up his hereditary position as the scion of Keating Steel. This choice is complicated by Edgar’s sense of himself as an artist—he has a first novel under contract—and an idealist, who sees with clear eyes how his family’s wealth implicates him in a system of capitalist oppression. The characters, as well as the reader, understand that Edgar will eventually follow the dictates of necessity and go back to Chicago, but the chance for one last fling presents itself in the person of Glory Jefferson, a wealthy vacationer who sets out to seduce Edgar at a party where the guests are “enjoying the trap they had set for themselves…making the exact mistakes they had hoped for.” Glory allows Edgar to put off responsibility, middle age, and the other burdens of his generation; his choice to run off with her will threaten the family with disintegration. 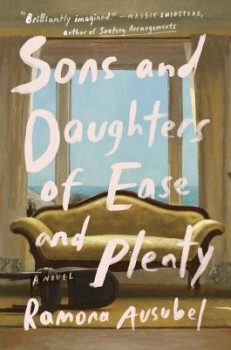 Ausubel has been justly praised for her sentences, which NPR called “tiny works of art.” These sometimes manifest as aphorism: Edgar’s self-satisfied father reflects that “It’s much easier to be rich when your people were once poor”; his social-climbing mother, offended that Edgar has mentioned Marx in front of his prospective in-laws, offers the opinion that “Hating the world was plenty familiar but saying so in better company was unacceptable.” There is an Austenian quality to the irony here, as Ausubel employs indirect discourse to reveal shallowness and complacency, but she seems disinclined to savage her characters for these qualities in the familiar Austen style. Even after a misunderstanding between Fern and Edgar leads her to set out on her own adventure, leaving their three children home to fend for themselves at home in Cambridge, the possibility of tragic consequences seems far away. Indeed, Ausubel has situated us firmly in the territory of fairytale: the boat where Edgar romances Glory is called The Ever Land, and Fern’s (very tall) partner in her cross-country adventure is known simply as “the giant.” The three children—nine-year-old Cricket and a pair of five-year-old twin boys—call to mind the Babes in the Wood, choosing to camp out in the back yard when living in the house without their parents becomes too bleak a prospect.

Ausubel also takes advantage of her narrative distance to deftly present the reader with information that the characters could not be privy to. Cricket is fascinated by stories of Native Americans, and the narrator reminds the reader that in the pre-Colonial era, the Keatings’ neighborhood would have been inhabited by a real Native family. The narrator distinguishes between the way the Keatings would view these Natives, imagined as “a young brave in a canoe with a tomahawk, a pretty topless squaw on shore wringing lake water from her hair,” and the reality of “foreign fever” and “foreign slaughter.” The crimes of American history—“the truth infected with hundreds of years of tragedy”—are never allowed to recede from the reader’s consciousness, and yet these misdeeds, like the character’s personal peccadilloes, seem strangely shorn of consequence. The fantasy world that the characters have built for themselves is never deflated or even threatened by the narrator’s insistence on historical perspective. The characters who suffer are relegated to the margins of the narrative, and the reader is left with the assumption that the Keatings, picaresque complete, will find a way to rebuild their charmed lives. 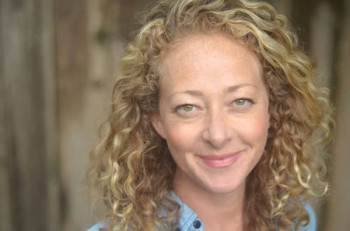 This is not necessarily a problem, since these are sympathetic characters, particularly Fern. Simultaneously attracted to and intimidated by the freedom claimed by the younger generation in the name of feminism, Fern is acutely aware of the compromises exacted by motherhood, and after leaving home reminds herself that she will never again be “a single body, responsible only for itself.” Less given to self-dramatization than her husband, she recognizes with sharp clarity her own position as a woman who has given herself over to caring for others, and in doing so “passed into the long slide during which a woman became less and less valuable, and to keep her around became an act of charity rather than pleasure.” As in Austen, we know that the character who sounds most like the narrator is in some sense the conscience of the novel, and that it is Fern’s decency and intelligence, more than the Keating Steel fortune, that will bring her family back from the brink. The fact that her efforts to make a happy ending are at the same time so funny and so moving is a tribute to Ausubel’s skillful characterization and her sense of the absurd. 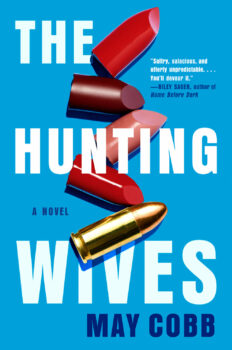 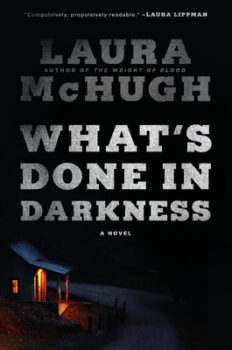