The uncanny controls the palette in Stay Awake, a short-story collection showcasing a writer in mid-career who is not simply at the top of his game, but who refuses to settle. 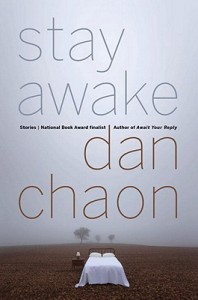 The story “Presentiment” from Dan Chaon’s first book, the 1995 collection Fitting Ends, offers a useful point of reference for readers of Chaon’s new collection, Stay Awake. In “Presentiment,” Rich and Georgia visit their severely autistic son who lives at a care facility in a nearby city. The encounter is sadly typical: “another visit without a miracle, without any change.” Yet the story’s final scene, in which Rich and Georgia are driving home, occurs at an apex of dread. Wound around this visit are numerous other sources of tension, including marital strife, revelations about Georgia’s past, recreational drug use in the presence of nuns, and even an apparition that Rich refuses to call a ghost (“It wasn’t something that had once been alive,” he insists, not that this is particularly comforting)—all of which seem to be building to a head.

And then, the story enters its remarkable final passage:

Up ahead, a sugar-beet factory was sending a long, white plume of steam across the interstate, a solid-looking cloud of murk. [Rich] could imagine a figure emerging out of it, lurching steadily and almost gracefully, like a knight on a horse out of the fog, but there was nothing. They passed under it, and the road didn’t even grow misty. It just darkened, and they felt the shadow of the steam fly over them.

What, indeed? It’s a question without an answer. “There was nothing,” we are told—and yet traditional short-story form demands, at this point in the narrative, that there be something. “Presentiment” subverts formal expectations to create a deeply unsettling reading experience.

A very similar process is at work in many of the stories in Stay Awake. At times, the echo is obvious; one story steadily builds an atmosphere of creeping unease, only to terminate at the exact moment a dark but unarticulated revelation clicks into place: “‘Oh my God,’ [he] says.” And in many other stories, the tension between what is revealed (very little, in general) and what is implied (usually much, much more) functions, as it does in “Presentiment,” to trigger the reader’s anxiety. Chaon has long been a master of the deliberately foreshortened or seductively incomplete narrative, and the stories in Stay Awake stand as fresh evidence of this.

In its content, too, Stay Awake represents a continued engagement with Chaon’s established concerns. “There was something wrong with the world itself,” muses a character in one of the stories from Chaon’s 2003 collection, Among the Missing. “He could have sworn he knew in his heart that something terrible had happened to the world, and that everyone knew it but him.” In Stay Awake, a similar creeping, paranoid certainty is everywhere, but in many cases, its direction has been reversed: now it is the main characters who are sure something terrible has happened, while everyone around them seems oblivious.

This dynamic plays out in story after story. In “To Psychic Underworld:” a man nicknamed Critter grows convinced that the bits of discarded notes and graffiti he notices around downtown Toledo are part of a larger pattern—that, in fact, “the world was trying to send him a message.” Similarly, in “I Wake Up,” a narrator who harbors a buried childhood trauma confides, “Nearly every week I would come across some little thing . . . just minor things that would startle me as if I recognized them. What is it? I would think.” To these characters, the world practically hums with hidden—and ominous—meaning. It begs to be deciphered, even as the curtain of indecipherability refuses to rise. Brandon’s assessment in the story “Patrick Lane, Flabbergasted” is typical: “He could imagine that there was a way in which all the pieces came together and interlocked . . . it was a map, he thought, a net that cast itself outward, and if he only applied himself he would see how the weather would lift . . .”

Horror has always inflected Chaon’s fiction; never before, however, has the ectoplasm flowed so freely. Over the years, Chaon’s characters have encountered apparitions like the one in “Presentiment,” human teeth lying inexplicably in public ashtrays, abandoned towns overgrown with weeds, the sudden disappearances of strangers and loved ones alike, and the lengthening shadows of depression and schizophrenia. In earlier stories, however, the uncanny and the unexplained nearly always felt muted, understated, disturbingly tinged with the ordinary colors of reality. In much of Stay Awake, the uncanny controls the palette. 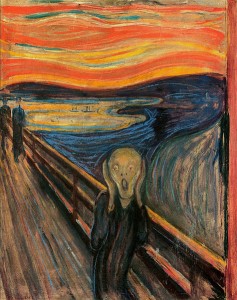 There are pitfalls to this approach, and not all of these stories are agile enough to avoid them. Certain moments, certain lines, fall flat. When Brandon opens the lid of an old board game in his dead parents’ house, “an enormous number of cockroaches came scuttling out of it.” A character in “Long Delayed, Always Expected” looks out a window at a winter storm and reflects that this is “the kind of night when you might expect to see a skeleton flying through the air, its ragged black shroud flapping in the wind.” Moments and lines like these are old standbys of the horror genre, but in stories as finely crafted and meticulously observed as Chaon’s, they thud on landing.

Furthermore, that shared palette is itself a risk. Whereas Chaon’s earlier collections feel diverse, with each story featuring particular and often idiosyncratic sources of tension, many stories in Stay Awake draw their tension almost exclusively from the same tonal landscape and set of concerns. Sometimes, then, these stories seem to blend, difficult to distinguish from one another in their shared paranoiac murk.

But that paranoia can be contagious. When my phone rang while I was reading “Patrick Lane, Flabbergasted,” I nearly jumped off my sofa. A minute later, I found myself trying to end the conversation quickly, so I could get back to the story. If Stay Awake falls victim to some of the shortcomings of the horror genre that Chaon is mining, the collection also reliably delivers many of that genre’s great pleasures.

And there are stories here that rank among Chaon’s very best, which is to say that they rank among the very best contemporary stories readers are likely to encounter anywhere. One such story, “Thinking of You in Your Time of Sorrow,” opens in tones of flat declaration—“The baby dies and there is a little funeral”—and continues in the same vein of almost unbearable directness; it is a rending portrait of grief, inadequacy, and guilt. “Shepherdess,” meanwhile, is a quieter story, its subtle pattern of two obliquely intersecting narratives building to a crescendo of loneliness. Both of these stories provide lessons in earning highly emotional climaxes, and they are all the more remarkable for earning those emotions in completely different ways. 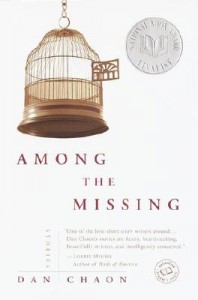 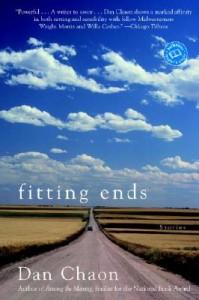 “Thinking of You” and “Shepherdess” are both stories that would be at home in either of Chaon’s previous collections; they lack the phantasmagoric strangeness of many of the other stories from Stay Awake. This collection’s final story, however, “The Farm. The Gold. The Lily-White Hands,” could only belong here. Though it opens with the familiar strains of Midwestern reticence that characterize much of Chaon’s work, “The Farm” soon bends toward not merely the supernatural, but the metafictional as well. It’s nearly impossible encapsulate the story; suffice to say that it is emotionally fraught, horrific in all the traditional ways Chaon has worked with throughout the collection, formally daring, and intellectually engaging.

One can trace the legacy of an earlier story like “Presentiment” here: the emotional understatement, the way narrative tension is fragmented across multiple sources, the suspended ending that frustrates readers’ desire for a traditional sense of closure without frustrating the readers themselves, and the ominous sense that a world which once made sense has grown inexplicably “off.” But “The Farm. The Gold. The Lily-White Hands.” is its own new, bizarre, and compelling creature.

At its best, then, Stay Awake showcases a writer in mid-career who is not only at the top of his game, but who also refuses to settle. Chaon continues to develop, to push his work in new directions. Like Rich at the end of “Presentiment,” Chaon’s readers cannot predict what’s coming next; for the readers, if not for Rich, this is a fine feeling indeed. 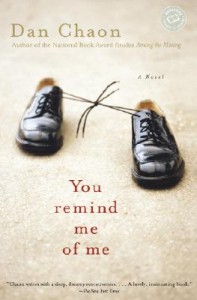 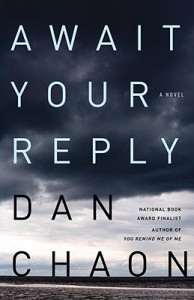