The Nightingales of Troy, by Alice Fulton

The Nightingales of Troy is renowned poet and critic Alice Fulton's fiction debut. In this collection, she displays a knack for the ineffable, for creating stories that are more than the sum of their intricately assembled parts. Her best stories not only exhibit her architectural prowess, they also remind the reader of the near-magical capaciousness of the story form. 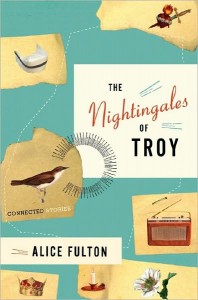 The first two stories in Alice Fulton’s linked collection The Nightingales of Troy (Norton, 2008) set the tone for what follows. In “Happy Dust,” the opener, Mamie Flynn Garrahan, a mother of four at twenty-six, must simultaneously face her fifth pregnancy, an empty-headed mystic of a sister-in-law who eats arsenic to aid her complexion, an undiagnosed case of tuberculosis, and the best medical care rural New York in 1908 can offer—Bayer Heroin Powder (“happy dust”) and a bottle of unlabeled “remedy” stolen from a local convent. A decade later, in “Queen Wintergreen,” Mamie’s aging mother Peg receives an unexpected marriage proposal from a local widower and begins to reevaluate her dimming prospects for the future.

One of these stories ends in triumph, the other in tragedy; both harbor surprising plot developments and deep but unobtrusive wisdom. “Perfection is not what you imagine,” Mamie reflects during a rare moment of repose. “Happiness is nothing but God’s presence in the silence of the nerves.” Meanwhile, Peg considers how, in her old age, her youth in Ireland is beginning to feel both ecstatically close—“Port Schuyler, New York, had taken on the cloud colors of Ireland. America, once so brashly bright, was getting dim as a chapel”—and unbearably distant—a flying boat has landed in the city’s canal, portending, to a woman born in 1854, an utterly alien future.

Likewise, The Nightingales of Troy as a whole is concerned with the tensions between memories of the past and visions of the future and the ways in which, vibrating with those tensions, the lives of Fulton’s characters hover between hope and despair. Arranged chronologically, these linked stories follow the daughters, granddaughters, and great-granddaughters of Peg Flynn—flappers, Prohibitionists, housewives, Beatlemaniacs, professors—across the twentieth century. 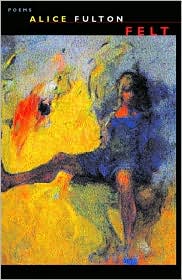 This is Alice Fulton’s first book of fiction, but not her first book—she will be familiar to many readers as the author of several volumes of poetry, including Felt, recipient of the 2002 Bobbitt National Prize for Poetry from the Library of Congress. The Nightingales of Troy does not have the feel of a fiction debut; it benefits from Fulton’s practiced eye for detail and motion—a woman in a waiting room wears “hair scrunchies like little clown ruffs on her wrists” and punctuates a comment about her childhood in an orphanage by snapping “one of her fluffy bright handcuffs”—and also her ability to move between sentences and paragraphs of prose the way a poet might move between lines and stanzas, with a lyrical lightness. Consider this early passage from “A Shadow Table,” set in 1925:

It was a time of boyish silhouettes—corsets that flattened the bosom, dropped waistlines that dissolved the waist. The minute I’d noticed my hips thickening, I’d disciplined myself to thinness. But the more I tried to reduce, the more attracted I became to food. Once I understood how much food meant to me, I began to fear it. Still, I wanted to be around it—to smell it, touch it. That’s how I came to be a waitress. I wanted to serve food. And I wanted to serve Ray.

We both were starving. We had that in common. The difference was, I tamed my hunger by not eating and Ray tamed his by eating to his heart’s content. We were well-suited as Jack Spratt and his wife.

Fulton is moving swiftly here, establishing the story’s milieu and its unequal central relationship, the first hints of its conflict, the first strains of its themes of servitude and self-denial—and all this in a distinctive first-person voice. But the lightness of her touch conceals her effort. In its stream of thought—a single ceaseless transition from corsets to Jack Spratt with various vital waypoints (waitressing, Ray) met along the way—this passage has the fluidity of a poem. At their best, the stories in The Nightingales of Troy convey poetic pleasures at the sentence level. 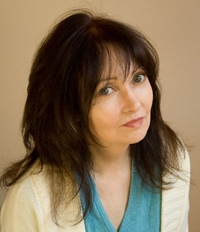 The dangers of poetic compression are evident in certain passages, where the seams between sentences and paragraphs seem to burst, producing an unintentionally disjointed effect—note, for example, the opening of the collection’s title story. Ultimately, however, Fulton’s narration, lyrically limber and playfully dense with detail, delights far more often than it disappoints.

In formal terms, the stories in The Nightingales of Troy all fit comfortably into the traditional short-story mold—with the exception, perhaps, of “Dorothy Loves Maleman,” which dabbles in pathological narration and the pairing of Rashomon-like contrasting viewpoints. And Fulton is certainly in command of that form: many of these stories could be used as workshop exemplars. But formal command, like talk, is cheap. What sets The Nightingales of Troy apart from so many other precocious debut collections is Fulton’s knack for the ineffable, for creating stories that are more than the sum of their intricately assembled parts. Her best stories not only exhibit her architectural prowess, they also remind the reader of the near-magical capaciousness of the story form. “The Real Eleanor Rigby,” for example, combines a high-school girl with interests in Catholic mysticism, Herman Melville, and the Beatles; her overbearing mother; an encounter with the Fab Four themselves; and a possible tab of acid, accidentally ingested—and does so in a way that illuminates, by the story’s end, a portion of the mysterious depths of the parent-child bond.

It’s this striving after mysteries that lends the collection its unusual power. Though many of these stories are the products of a great deal of historical research, Fulton is interested in getting at things far more slippery than facts: the bequeathings of mothers to daughters, of one generation to the next, of our memories to our hopes. The book’s multigenerational sweep brings with it a keen awareness of the fragility of the body—of mortality—and Fulton’s women are all quietly eloquent on the subject of their disappointments. Yet The Nightingales of Troy is also a chronicle of resilience. Through it all—from Mamie’s dangerous pregnancy in “Happy Dust” to the close of the twentieth century and the collection’s bittersweet and deeply satisfying final lines—a residue of hope, that other happy dust, remains.

– Here are interviews with Alice Fulton (about, at least in part, The Nightingales of Troy) in the Times Union, the L Magazine, BookBrowse, and – in Real Audio – a radio interview from “Out of Bounds” on WEOS Geneva (New York).

– At Poets.org, read the author’s poem “About Face” and her book review of Jan Heller Levi’s Once I Gazed at You in Wonder.

– This chapter comes from Feeling as a Foreign Language: The Good Strangeness of Poetry

– Other books by Fulton include Cascade Experiment, Sensual Math, and Powers of Congress.