"Gordon’s acute rendering of evocative sensory detail is one of the delights of her prose."

"A voice may change over time, but fingerprints endure, and Gordon’s mark these new pages": Ellen Prentiss Campbell on Mary Gordon's There Your Heart Lies, published this summer by Pantheon.

Some books stay with me more like memories of people I’ve known and stories they’ve told me than as remembered reading. This is most often true with books I read as a child—books inhaled, lived, dreamed. But there are also books encountered later along the arc of adulthood that have a similar half-life. I think perhaps this has something to do with the co-incidence of reading a particular book at a certain transitional, liminal moment in life—like Mary Gordon’s debut novel, Final Payments, which I read when it appeared in 1978, not long after I’d graduated from college and lived for a time in New York. Subsequently, I’ve read many of her nine other novels, her stories, and her essays, but it’s Final Payments that lingers and that makes Gordon among the authors I consider a friend of my younger self.

So when she presented her new novel, There Your Heart Lies (Pantheon), at a neighborhood book store in Washington, my husband and I were in the large, friendly crowd. Gordon was wearing a coral-colored jacket and matching sandals, her demeanor warm as the color. Her prose is always rich with color, too—like this from the opening passage she read that evening, a description of a luxury ocean liner in 1937 as seen by her then-young protagonist Marion: 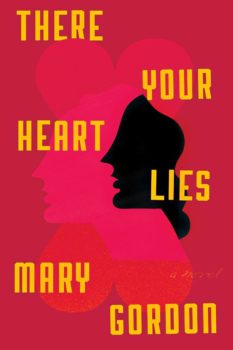 …three huge black-and-red-striped funnels, the three layers of what seems like a gigantic cake: dark blue on the bottom, the lacy center, rows of slender columns, glistening like packed sugar in the uninflected sun.

Gordon’s acute rendering of evocative sensory detail is one of the delights of her prose. She told the bookshop audience that in the course of research, she sometimes finds a “detail jumps out at you and says, ‘I’m yours.’” But she went on to say that although the author waits for such details to find her, in writing, in using the received detail, she must “will every semi-colon.” As a writing reader, I love thinking about that comment—the conjoined serendipity and effort, the research and the imagination, required to create the believable dream, a rabbit seemingly easily pulled out of the author’s magic hat. For example, in There Your Heart Lies, protagonist Marion’s defective fur coat, a gift of the Fur and Leather Worker’s Union. It’s a real, received historical detail—humorous, sad—providing both narrative effect and symbolism.

A voice may change over time, but fingerprints endure, and Gordon’s mark these new pages. The more we change, the more we stay the same, as the old adage goes. Final Payments and There Your Heart Lies are separated by forty years, but make thematically complementary book ends to all the work in between. Gordon was thirty when her debut novel appeared, and described herself then to the New York Times as a Catholic girl from Queens, “radicalized by Vietnam” during her undergraduate days at Barnard. Now for many years a revered professor at her alma mater, she is known for her recurrent themes of Catholicism and feminism, the tension between the personal and the political, the domestic and the public life, family life and life in the wider world, caring for others, caring for and finding self. And now she once again reprises these themes in There Your Heart Lies. 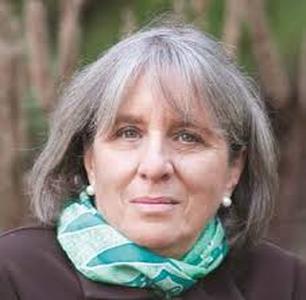 The novel takes place in two time periods—1937 and 2009— and is told by three voices: that of the young Marion who elopes and voyages to Spain to join the corps of medical volunteers supporting the Republicans fighting against Franco; the voice of Marion grown old, or “Meme” as she is called by her granddaughter Amelia; and Amelia herself. Chapters set in the 1930s and 1940s are told by the young Marion, recounting the events as they unfold. The elderly Meme is terminally ill and although reticent about her past, in response to Amelia’s probing, reminisces and reveals her deepest secrets. So the book unfolds as interwoven stories, the past and the present, Marion’s, Meme’s, Amelia’s. The inherent problem for the author, her characters, and the reader—not entirely resolved—is how to balance the smaller scale drama of the current lives of the Meme and Amelia in 2009 against the more vivid wartime experience of Marion’s past. Meme herself is tired, Amelia somewhat uncertain and unfocused, and in some ways—perhaps by author’s intent—their present day story unwinds, winds down, rather than resolves.

Gordon identified this seeming problem herself, during the Q&A at the bookshop. She said she wanted to write about this older woman and this younger woman in part because in the current moment the young face a dearth of “large ideas,” that “it’s not as sexy to run for the school board” as it was, for example, to go to Spain in 1937. Thus there is a related and timely central lesson Marion seeks to impart to Amelia: the importance of personal and political resistance. Fatigued and fading, but a strong woman seasoned by experience, she tells her granddaughter with urgency:

Marion’s manifesto presents a timely and timeless lesson, quintessential Gordon, and eerily prescient now in 2017 when Resist has become a rallying cry and a movement. Mary Gordon has once again put her sensitive writer’s fingers on the pulse of the zeitgeist of the moment. The structure and the story of There Your Heart Lies is more complex than Final Payments, and in some respects, less cathartic. But that subtlety and nuance may be intentional and a reflection of the current times, as well as the author’s deepened experience and longer perspective. Even the title has a certain intriguing ambiguity. Gordon opens with an epigraph from the New Testatment: “Therefore where your treasure is, there also your heart lies.” Simple enough, on first glance. But after finishing the book, I saw a possible double meaning in the epigraph. The heart can deceive; the heart can trick and fool us, the heart can “lie” and mislead.

But see what you think. And speaking of treasure and deception, read There Your Heart Lies to find out what happens to a most surprising fur coat.