"Literature itself is balm."

Tonic and Balm, by Stephanie Allen

"There is more to this show than we are wont to imagine." Christi Craig reviews Stephanie Allen's debut novel, Tonic and Balm.

Tildy’s hand falls across Antoinette’s shoulder and rests there lightly. And Antoinette closes her eyes, finds that she can summon a lost memory: of warm breath on her ear and cheek, of the slow rumble of a heart close to her own. Of a voice low like hers saying I don’t want to let you go, but I have to. Of hands that held her tightly, for one last time, before Antoinette relinquished herself to the inevitable tug of sleep.

People come and go. A friend stops calling; someone dies; you move 1,000 miles from home. Not once does the leaving come easy. The break gives way to a tiny scar that marks the memory of loss. And you are changed. Stanley Kunitz speaks of such loss in his poem “The Layers,” how we are compelled to move on from them but impassioned not to forget, saying “every stone on the road precious to me.” 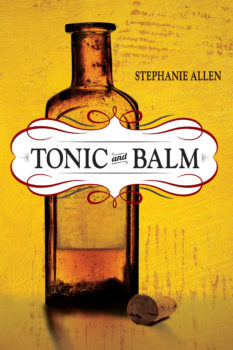 These words and this poem come to mind after reading Stephanie Allen’s new novel, Tonic and Balm (Shade Mountain Press, 2019). Allen’s book tells of a season in a cast of characters who perform in Doc Bell’s Miracles and Mirth Medicine Show in 1919, when America was still feeling the impact of the financial crisis from the late 1800s, along with tensions in the aftermath of war and an undercurrent of racial violence. Doc Bell’s traveling show plays to the small-town crowd of farmers, their wives, and children in search of respite from daily worries. Enticing them with vaudeville entertainment, Doc Bell persuades them to buy his healing tonic, compounds, tinctures. Though everyone in the show knows his medicines do little more than temper the spirits.

At first impression, you might expect these stories to read of strange illusions, of misfit men, women, and boys who simply find connection in being odd together. However, Allen gives us so much more. She reveals a microcosm of the world in general through this band of performers. They are unique in that black and white men and women travel, live, and work together during uncertain times in the intimate setting of the show, but a nation’s culture cuts through the boundaries of a tight crew so that they cannot escape prejudice, discrimination, jealousy or death. Yet even as they fight against each other at times, they push harder to remain connected, and we feel the heart break when they are torn apart.

Young Ephraim, a runaway escaping his sister’s disappointment in him and fear of the world around them, introduces us to the performers in the first chapter. Through his young eyes, we experience close up the illusion of “these peculiar folk…like they just fell out of the sky,” tents and lanterns staked and lit up in the middle of a Pennsylvania farmland. He is more curious than afraid and willing to linger behind the curtains for a stowaway ride to the next town. But when he is discovered and pulled into odd jobs and a performance of his own, he finds what he doesn’t anticipate: purpose and relationship and an antidote for his restlessness—Antoinette, a woman with hydrocephaly and the most quiet of the performers. He is charged with helping her from her tent and getting her anything she asks for, and though she rarely speaks to him, simply being in her presence changes him:

When Miss Antoinette stirs, Ephraim cannot say how much time has passed since he entered her room. Minutes? Hours? Weeks?

That’s it. No Goodbye Ephraim. No Good day to you, or anything like it. He doesn’t mind. He gathers himself and slides off the bed, not sure he remembers where the floor is going to meet him. But when he stands up, he is steadier than he was when he came in.

And he’s steady when the sun, slanting bright at him, hits his eyes on the other side of her door.

Determined to stay with the show, he worries less about what he may leave behind. But when he is suddenly cast off and not allowed to travel on, for reasons he cannot understand, the break from Antoinette is like that of a child torn from his mother. With skill and precision, Allen infuses us with Ephraim’s emotions in one strong description:

Left to itself, his hurt and confusion withdrew to a place deep inside him and settled among his stomach and liver like a new organ that throbbed quietly throughout the day.

It is this style of writing—simple yet visceral—that tethers to the story and each character. There is more to this show than we are wont to imagine; in these moments of quiet heartbreak, Allen urges us to remember but move forward. 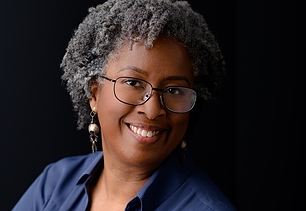 We find similar unexpected ties between characters throughout the book, and each relation warrants a longer study. Two chapters stand out, though, as beautiful examples of the whole of this book, both revolving around the unexplained disappearance of a transient guitar player named Haines.

Haines was brought on by Felix Conger, Doc’s right-hand man, and Fleet and set in the middle of “Ma” and “Pa” Fleet’s musical duo, sparking a jealousy in Ma Fleet that pushes her to put Haines’ life at risk. When he disappears, Conger and Fleet both suffer from the loss. Conger begins to wander, restless. He loses sight of his work and his grip on authority with the performers. The memory of Haines and the gap in his leaving drives Conger away for reasons even he doesn’t understand. But in Allen’s fluid use of backstory, we get a glimpse into Conger’s past as a young man taken under the wings of a different performer, saved in many ways, and we see that Conger is broken because he could not save Haines. In this, Conger cannot recover unless he himself leaves the show.

In the case of Fleet, who takes over for Conger, we see the same wandering, the same loss in sense of self. Again through Allen’s skill with backstory, she reveals the connection Fleet has with Haines, as one of redemption, he hopes, for what he sees as his own sins. But when Haines disappears, and is likely dead, Fleet’s redemption is cut short. The pain sends him spinning, until he is knocked down during a fight and surrounded by all who hold him dear:

He lies there, lets himself be handled, leaves his eyes closed. . . . Then he feels he should open his eyes, and when he does, the circle of scared faces he sees calms him. “Get back and give the man some air,” Lily barks, and though he does not really want them to, they draw away.

This precious circle of odd family grants him unexpected compassion (with his wife, with other performers, including strange Antoinette) and pushes him forward in a new way. Fleet goes to Antoinette’s room and find her silent and in a different kind of pain but in need of sweet comfort just as he was only hours before:

He sighs and lifts the banjo and plucks a few notes. Not a song, just notes. They flit through the gloom of the room and sink into the walls. . . . He is just beginning ‘Quinces and Pears’ when one of her hands lifts from the arm of the chair and her fingers open, as if she is guiding a flow of ribbons or thread through them. . . . Her eyebrows slacken. Even across the bulge of her brow, he sees it clearly. . . . But her hand remains open, her fingers threat the music, and he shifts, instead, into ‘The Ballad of My Remorse’ and slows it, like he has done the others, until it is little more than air.

We do not know if Antoinette holds back in speaking—in this moment or even throughout the novel—because it is painful for her, or if she simply chooses her words for those who deserve them. No matter if she speaks or not, Allen creates a character that is powerful throughout the pages of the book, especially in this shared experience between her and Fleet, where they become a balm for each other.

Literature itself is balm. Stories, fiction or non, root us in history, in identity, cause us to question our connections and to search out and settle into the places where we are safe and comforted, released and relieved. Allen’s writing in Tonic and Balm sets a pace that waxes and wanes, growing in time with the excitement of the show and slowing in moments like this when characters are in thought, in quiet conversation, or in self-reflection. We are with them at each moment, pulled in deeper and deeper at every turn of the page. And when the theme of leaving is reconsidered, when Kunitz’s words are brought back into context with Allen’s novel, it becomes clear that, as the curtain is pulled back and we learn more and more about Allen’s characters, some leave to save themselves, others leave to save the ones they love. Memories becomes scars become gifts, tiny reminders that no matter, they are the solace needed to carry on.