"The subtleties of this greater shift are felt within the boundaries of a single family."

My Old Faithful, by Yang Huang

"Each one of these stories—each of these characters—leans heavily on another": Christi Craig reviews Yang Huang's new collection of linked stories, My Old Faithful, winner of the University of Massachusetts's Juniper Prize for Fiction.

— from Yang Huang’s My Old Faithful

It might seem strange to open a book review with a quote on balanced meals and a mix of flavors—unless we’re talking about a cookbook, which My Old Faithful is not. But stay with me, because balanced is important, as is the word harmony. 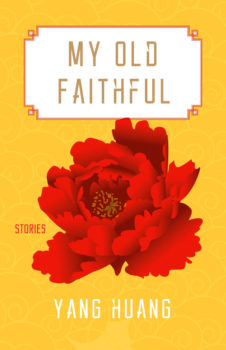 The idea of harmony is funny. Right off, I think of a sense of peace, a perfect blend. But there is complexity in the layers. I grew up the youngest in a family of five, and I have spent plenty of time reflecting on and searching for the harmony I always thought was lacking. It wasn’t that we argued all the time as a family but more so that we didn’t talk enough. The truth is, though, that discord and differences mold us into a well-formed shape, individually and as a whole, and that shape, with its scratch of bitter and brush of sweet, is the essence of harmony. Yang Huang brings vision to this idea in her new collection of short stories, My Old Faithful, winner of the University of Massachusetts Press’s Juniper Prize.

In Huang’s book, we read about a family of five in China where father and mother, brother and sister, push and pull at each other. As the father and mother age and the children grow into adulthood, China itself is experiencing a shift in politics, when new freedoms are tested and old dictums challenged. The subtleties of this greater shift are felt within the boundaries of a single family.

My Old Faithful opens with two stories of father and son. In “Pining Yellow,” young Wei grieves the death of Yellow, his beloved dog; he behaves recklessly, rebelliously. He is only eight years old but wise enough to recognize that time erases memory, and he cannot stand the thought of forgetting Yellow’s face. He goes to great lengths to get a tangible reminder of Yellow—as his father shrugs and offers nothing but stories of thieves and “lousy luck.” Wei sneaks into a park and steals a precious mum from an exhibit, in order to sell it and pay for a tiny lacquer figurine made in the likeness of Yellow. When he is found out, Wei’s father is embarrassed, angry, and disgraced.

What follows then is his father’s own story, “Chimney,” where we see a man steeped in tradition and fearful of change, a man whose expectations rest heavily on his son to bring honor to the family. He wants a boy who will conform: “There’s no earthly reason why you, our only son, have to let us down.” At his son’s every misstep, the father cringes to think of the consequences. “I had raised a family to be a haven during the time of turmoil, and it had been, until my son began to grow up.”

It is the mother who tries to balance the wave of uncertainty. She is compassionate towards her son, less willing to see him as failing in demands, appealing often to her husband to recognize the same. But she holds tight on to tradition when it comes to her youngest daughter, Lian. In “The Birthday Girls,” her daughter soon turns twelve, so the mother prays to Guanyin, the Hearer of Cries. This is the daughter she had hoped would be a boy; this is the daughter who has more interest in material goods, like Nike shoes, than traditional gifts. But this is the daughter who later proves that one can intertwine both the modern and the traditional, honoring her mother with a gift of her own.

In a section entitled The Willful Teenagers, we begin to see the transformation in the family through a cluster of stories about the son and both daughters and a widening of knowledge and experience. Sibling relationships take a turn when jealousy arises or boundaries are crossed. Later, when the oldest daughter, Rou, returns to China after five years of living in America, she says, “I want to visit China before I lose touch with a special old friend of mine.” We sense that she wants to return before too much is forgotten and read how she struggles to let go of the old and embrace the new. Once home, she realizes what she has left behind is an ex-boyfriend pulled backward and grown rigid in tradition, a young man cold at heart and indifferent to those who choose otherwise. He is the perfect metaphor for the tension in the changing times. 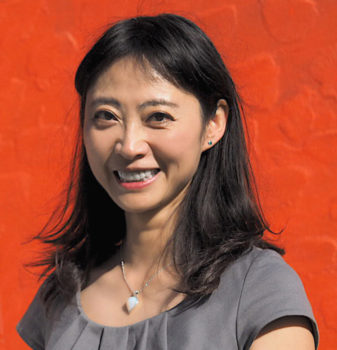 Huang’s book ends with the title story, which rounds out this collection in a soothing way. All along we are brushed up against characters’ feelings of disappointment, fear, betrayal, and angst as the layers of this family are revealed. But in the end, we see through the mother’s eyes a way towards an understanding for those who are broken, and gratitude for those who move within and around the constraints of society. “No one can choose what family you want to be born into,” she says, “but it sure makes a person out of you, doesn’t it? A good beginning is half of the success, and vice versa. . . . This is life . . .”

Throughout the collection, there is a thread of seeing and being seen, which pairs well with the fact that each one of these stories—each of these characters—leans heavily on another. Not in the sense that they cannot stand on their own, but in how they work together, in a connective-tissue sort of way. Huang writes in first-person, so that her book reads almost like journal entries. She gives us multiple views on the struggles within one family and fills the pages with affecting moments for them: of compassion after reading of a father who lays a hand on his son, of a sense of loss after a brother betrays a sister, of insight into a young girl’s journey to womanhood.

With the book’s intimate look at husband and wife, parent and child, sibling affection and competition, Huang offers a perfect blend of short stories that shapes a longer narrative. And when its cover is closed, My Old Faithful leaves the reader quiet in reflection, with a sense of peace. Which is exactly how harmony works.