I’ll be attending this production on Friday; Joyce fans, look for my adaptation review on FWR–or better yet, join me for the show. You can read the short story “Araby” online here, and below is information from Dixon Place‘s press release about the chamber musical:

“Irresistible” -the New York Times
“Brilliant” –Billboard
“If otherworldly rock exists, surely this is as lofty as it gets” –All Music Guide 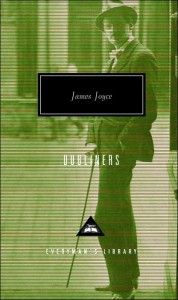 Araby is a uniquely structured “chamber musical” inspired by James Joyce’s Dubliners. Chris Rael re-imagines the 15 narrative short stories with lyrics when Irish nationalism was at its peak in the early 20th century. Araby is accompanied by a 9-piece chamber ensemble and video projections from contemporary Dublin. The composition reflects Rael’s rich world music orchestral background. The libretto is impressionistic, recounting characters’ internal experiences- an approach inspired by the depth of Joyce’s psychological portraiture.

CHRIS RAEL is the singer, sitarist and founder of renowned New York Indo-pop ensemble Church of Betty. Incorporating sitar into western composition, he traveled the world with Church of Betty, and has been a mainstay of the downtown music scene since the late eighties. Church of Betty has performed in the Knitting factory, the Bottom Line, Lincoln Center, the Brooklyn Academy of Music, Prospect Park Band Shell, the Brooklyn Museum, Brooklyn Botanic Garden, the Jewish Museum, Brooklyn Museum of Art, and virtually every music nightclub and public radio station in Manhattan during the last 20 years. Composer of more than 300 songs, he has also performed all over the world, including Sydney Opera House and New York’s Town Hall. He has worked with artists such as Penny Arcade, Bow Wow Wow, and Oasis. Drawn to theatre and film in recent years, he won the Outstanding Score Award at Outfest Film Festival in LA.

Araby is made possible with generous support from the Mary Flagler Charitable Trust, The Greenwall Foundation, the Andrew W. Mellon Foundation & the Peg Santvoord Foundation.