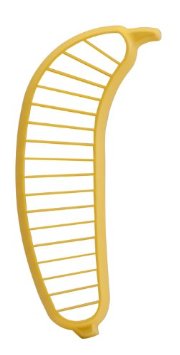 Two years ago, I invited Charles Baxter, Stacey D’Erasmo, Gemma Sieff, and Keith Taylor to join me on an AWP panel in DC to discuss the future of book reviewing and criticism, as well as their own work with The New York Review of Books, The New York Times, Harper’s, and the Los Angeles Times, respectively.

It seemed a pressing question to ask at a time when newspapers were shuttering and what print publications remained were either eliminating or drastically reducing their book coverage, while at the same time the Amazon.com review was reaching near ubiquity. What would criticism look like in this new world, we wondered? What role would reviewers play in the conversation about literature? And where would the next generation of critics cut their teeth?

How quaint these questions seem now, my friends. For that future has arrived (or, at least made an entrance) and what we find on our hands is a world where–literally–tens of thousands of people have not only read the hundreds of reviews of the Hutzler 571 Banana Slicer (pictured above–yours for only $1.29!!) but as of the writing of this post, 28,209 of 28,437 people found SW3K’s review of this magical product helpful. Writes the critic:

For decades I have been trying to come up with an ideal way to slice a banana. “Use a knife!” they say. Well…my parole officer won’t allow me to be around knives. “Shoot it with a gun!” Background check…HELLO! I had to resort to carefully attempt to slice those bananas with my bare hands. 99.9% of the time, I would get so frustrated that I just ended up squishing the fruit in my hands and throwing it against the wall in anger. Then, after a fit of banana-induced rage, my parole officer introduced me to this kitchen marvel and my life was changed. No longer consumed by seething anger and animosity towards thick-skinned yellow fruit, I was able to concentrate on my love of theatre and am writing a musical play about two lovers from rival gangs that just try to make it in the world. I think I’ll call it South Side Story.

What an endorsement–life changing, in fact.

And while perhaps not as highly ranked, the fiction writer in me was impressed by the simple yet specific assessment by Uncle Pookie, for whom 8,465 of 8,561 people found his review helpful. And I think Flannery O’Connor would be equally pleased by the concrete detail of the Slinky. No abstraction there!

Once I figured out I had to peel the banana before using – it works much better. Ordering one for my nephew who’s in the air force in California. He’s been using an old slinky to slice his banana’s [sic]. He should really enjoy this product!

Of course, it’s not all fun and games out there in Amazon Review Land. The cover story of The New York Times‘s Business Day section on Monday was an article entitled “Swarming a Book Online.” A group calling themselves Michael Jackson’s Rapid Response Team to Media Attacks “bombarded Amazon with dozens of one-star takedowns” of Randall Jackson’s new book Untouchable: The Strange Life and Tragic Death of Michael Jackson (Grove), according to reporter David Streitfeld.

In fact, Jackson’s vigilantes not only managed to dramatically skew the review rankings, but also manged to get several positive reviews removed. At one point, Amazon even stopped selling physical copies of the book, according to Streitfeld. He writes:

The fans took credit for removing the book from sale. “Book stopped selling,” one of them noted on a Nov. 26 post on the Facebook page. “MJ fans we have done it again!!! Who’s BAD!!!

Ah, those halcyon days when all we had to fret over was “Paintlady” from Jacksonville, Florida who–Baxter quotes in “Owl Criticism“–writes “Anna Karenina is the most boring book I have ever laid eyes on; I do not know how this book became a classic; it belongs in the circular file, not on the bookshelf.” Likewise, about Madame Bovary, “photondancer” says, “Dear lord, this book was awful. One of the very few novels that I have been unable to finish or indeed to get halfway through. It was just TOO BORING.” And best of all, perhaps, here is Daisy in Arizona on King Lear: “The story overall was just unsatisfactory. At times it seemed idealistic and illogical.”

But let’s get back to the Banana Slicer. Mrs. Toledo claims it saved her marriage…