Is the Times giving up on fiction? 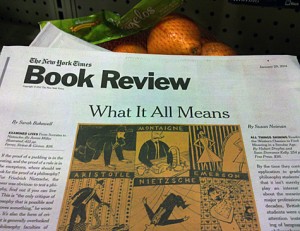 Every week for the past two months, I’ve played a game where, on Sunday mornings, before I open the New York Times Book Review, I try to guess how many more books of nonfiction than fiction it will review. Fiction is consistently outnumbered, and don’t even get me started on the Book Review’s nearly nonexistent poetry coverage.

But the past week surprised even this pessimistic grouch—only TWO fictional works are reviewed in the January 8, 2012 edition, plus Marilyn Stasio’s excellent crime reviewlets, in contrast to ELEVEN nonfiction works. The two fiction reviews are both skimpy half-pages, which means that in the thirty-one-page section, fiction is allotted a total of two pages. Surely this is a nadir—or is it? Will the shrinkage continue, dropping to one novel next week, and the week after—to zero?

What’s going on? The editor’s note highlights the three political books reviewed in the issue, but there’s not a political theme throughout. I’ve read that we’re living in a era of astonishing nonfiction, and it certainly seems like there are lots of interesting books being published in that category. But I have yet to hear any convincing theory about why fiction is less important. Surely the invented stories of our age tell us as much about ourselves as the actual ones, as good invention is always based in some kind of truth.

Of the nonfiction books reviewed in the New York Times Book Review that week, the selection contains several uninspired choices, including Would It Kill You to Stop Doing That: A Modern Guide to Manners. (It gets an entire page. Really?) Then there’s Dava Sobel’s latest: A More Perfect Heaven: How Copernicus Revolutionized the Cosmos—fine, okay. Sobel started the “thing-person” biography craze with Longitude and in any given week you can find a review of one of these books in the paper, from bananas to booze. I’m sure Copernicus is very interesting—but so is fiction! 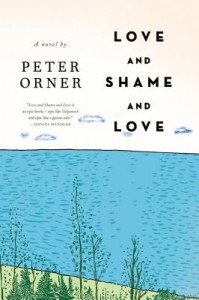 Finally, we have The Tender Hour of Twilight: Paris in the ’50s, New York in the ’60s: A Memoir of Publishing’s Golden Age. Ah, the nostalgia of newspaper publishers for the golden age! Any of these books are probably interesting on their own, but as members of a group that crowds out fiction, they make me want to use the section for kitty litter. Is this unbalanced table of contents purely a reflection of Sam Tanenhaus’s nonfiction bent? Is my gripe just subjective feeling based on the fact that I find Peter Orner more compelling than Copernicus?

Of course book reviews all over have shrunk in recent years, but I had hoped the Times was a bulwark, and I’m afraid it’s turning into a wall against fiction, rather than one defending it. A healthy literary culture depends on many outlets reviewing many books. When the most widely-read newspaper in the country hacks its coverage of fiction and poetry down to a minimum—and I see this as a pattern of late, not just an off week—it makes me nostalgic for the golden age of reviewing. Maybe someone should write a book about that.

What do you think about the recent coverage or lack thereof of fiction in the Times, dear readers? Everyone loves to be right, but on this one I’d love to be wrong…