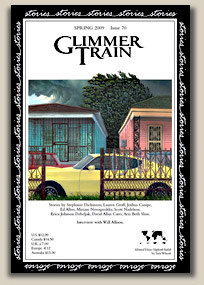 Huzzah and huge congrats to Jeremy, FWR’s Associate Editor, whose story “What We Can” has captured the $1200 first prize in Glimmer Train‘s Family Matters contest. Runners-up were, for second place, Yuval Zalkow for “God and Buses,” and for third place, Adam Theron-Lee Rensch for “Everything in Its Right Place.” The full list of finalists is available as a PDF here.

Be sure to check out Glimmer Train‘s Summer 2010 issue, where “What We Can” will appear, or get a jump on it and subscribe now to one of FWR’s favorite literary magazines.