"I realize now that the wounded feeling was mostly fear: fear that I’d fail and need to invent a something else"

“The Mommy Problem,” and the Larger Notion of Life Beyond Work

From the Archives: "Work can be your life, but your life can (and I’d argue, should be) bigger than your work": Danielle Lazarin on writing, motherhood, and how the things in our lives that we give ourselves permission to experience that aren't writing might in the end offer us new perspectives on both writing and our selves.

This week we’ve returned to Danielle Lazarin‘s Shop Talk feature “‘The Mommy Problem,’ and the Larger Notion of Life Beyond Work,” which was originally published on December 7 of 2009. Lazarin was one of FWR’s original Contributors, and we’re thrilled about her debut collection, Back Talk, which will be published by Penguin in early February.

Over at The Millions, Sonya Chung’s essay “The Mommy Problem” throws more questions at a question I’m still trying to answer. I, too, have indulged in her habit of close-reading women writers’ biographies for suggestions of children and clues as to their familial satisfaction to productivity ratio. While the argument over how writers should spend their time, money, and reproductive organs is endless, and as Chung points out, ultimately individual and unanswerable even through close examination of the examples we have, the question of how acceptable or manageable it is to be a writer-slash—whether that slash is a parent, a corporate employee, a teacher, whatever—is to me the bigger question. What do we allow ourselves—and others—to be if we self-identify as writers? Chung recounts this anecdote:

The painter Agnes Martin said to Susan York, a sculptor who’d sought out Martin as a mentor: “Never have children. Do not live the middle-class life. Never do anything that will take away from your work.” York wrote about it in 2005 (the conversation happened in 1983). I was 32 in 2005, I still “had time.” And yet the words burned on my brain even then.

In my thesis workshop at my MFA program, our director, Eileen Pollack, said to us one night, you know, if you want to go do something else, or be something else besides a writer, that’s fine. My first reaction was to be insulted by this idea—I had wanted to be (assumed) I would be a writer since I was a child; I wasn’t, at the cusp of my career, going to get sucked into something else. I was vehement in my belief that there was no something else. I realize now that the wounded feeling was mostly fear: fear that I’d fail and need to invent a something else, and fear that my desire to have a family would swallow me whole: that I would indeed choose a life of parenting because it would be harder to fail at that than at being a writer. 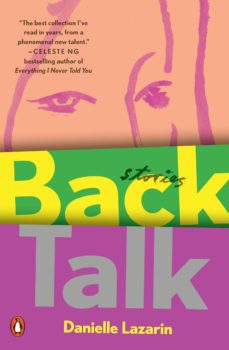 And now, a few years out of the program, I’m no longer insulted. Outside of the bubble where I had to be, intensely, a writer, I understand that Eileen’s comment was permission to live a life with room for other identities, even if those identities take us away from our work. Work can be your life, but your life can (and I’d argue, should be) bigger than your work. As writers, sometimes we stumble into things that fulfill us that aren’t writing—the most discussed being parenthood, but also other professions, and occupations—and that to shut them out because we are so intent on being writers with a capital W is to perhaps miss out on these other things in life that often make us better writers–because they deepen the range of our experience and emotions, because they show us a new perspective, or simply because they give us money or time or some other sort of permission we need to write. Or, as the case may be, not to write.

I am still a little afraid. I’ve already made my choice to be both a mother and a writer, and so far it’s as “bizarre, and confusing, and stressful” as Chung anticipates. Yet it’s also wonderful, enlightening, and, so far, good for my identity as a writer.