Editor’s note: As part of our focus on teaching this month, we’re delighted to present this guest post by Richard Goodman. 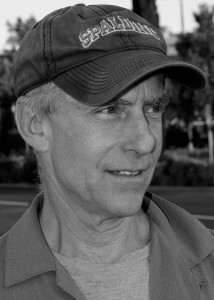 When a writer publishes a book about writing, I’m often excited to read it.  Especially if it’s by a writer whom I admire.  He or she has been in the trenches, encountered problems and, more often than not, has solved them—or come near enough.  And he or she can write, which means it’s a pretty good bet the book will be readable.  So, I think: let’s hear what this writer has to say.  I want to learn, like we all do.1

It took me a while to figure out, finally, why I am so often let down by these books on writing.  Even worse, I often feel inadequate after reading them.  Dumb.  Then one day, it hit me.  I realized that so many of these writers don’t write their craft books for people like you or me. They write them to show how much they know about books and writing, and to make that point unequivocally, rather than engaging in a conversation with fellow writers. They talk at their readers not with them.

How do I know this?  Well, for one thing, I’ve rarely heard of the books, stories or essays these writers use to make their points. Have you?  Or, if I’ve heard of the exampled writer—Tolstoy, say—the choice from that writer’s oeuvre is incredibly arcane:  a short story written when that author was twelve and published only in the author’s native language.  A book of the author’s that went out of print almost immediately, and for good reason.  And that’s the point, of course.  You’ve never heard of that story or book, much less read it.  But they have.

I’ve discovered something else about the obscure examples these writers use to illustrate their points: the points could just as easily and powerfully have been made by better known selections.   Almost any point about writing can.  Another way you can smell the scent of superciliousness is by the tone of the writing.  Is it welcoming?  Is it openhearted?  Is it a bit humble?  (Writing, after all, is one of the most humbling of professions.)  Too often, the answer is no.  Too often, the tone is aloof.  The nose the writer looks down from practically touches yours.  I remember picking up a book on writing by a very respected writer, a writer of courage and poise and grace, and being so unhappy at what was between the covers, so sad at how different that writer seemed than the one I admired.  He spoke to me from on high, remotely and with a subtle disdain.  My heart sank.

I think the reason writers write these kinds of exclusionary books on craft is because they are scared to death their colleagues and readers will find out they are the Wizard of Oz.  Or will think they are.  And so they become Bigfoot instead.  They can’t or won’t risk being openhearted—being, as Conrad put it, “one of us.”  Now, at this point you’re probably standing up and shouting for me to name names or sit down and shut up.  But do I honestly need to? If you’ve ever picked up a book on writing by a respected writer and found yourself feeling about six inches tall after just a few pages, then I don’t need to give you a list of names.

Instead, I’d rather point you to those authors whose books on writing are welcoming, openhearted, and humble. Whose books give out excellent, practical advice.  And, most importantly, whose books are well written.

Here, I will indeed name names.  E.B. White comes immediately to mind, and his everlasting book, The Elements of Style. Was there ever a more savvy, nuanced, and caring writer?  A more inclusive writer about craft, one who can be firm and yet always remains one of us?  Not to mention funny?  That book—and, yes, I am aware that it’s co-authored by his beloved Will Strunk, but who are we kidding?—is as fresh as a daisy still, and always will be, I believe.  Ask yourself why.  Ask yourself why you feel so good after reading it.

I give you also Stephen King’s On Writing. Here is a writer who has been dismissed by the so-called serious critics for years and who now publishes in The New Yorker—not that he needs to be validated.  He is the most generous of writers here, giving credit and praise to other authors left and right with an almost wide-eyed pleasure of a kid in front of a candy store.  And his book is helpful.  It gets you excited about writing.  It works.

I like Anne Lamott’s Bird by Bird, because it’s ferociously honest, funny and self-effacing, and because everything she says about writing has the ring of her having learned it by her own blood, sweat and tears.

I also want to mention John Gardner’s book The Art of Fiction. This book was published nearly thirty years ago, and I will say that some of his literary heroes seem to have lost their luster, but they were never unheard of.  Gardner thinks deeply about fiction in this book, and he examines it with a lover’s eye—not blindly, but with a great admiring passion.  He can be strict—not pompous—but if you make the grade, he’s there to welcome you.  I recommend it to all writers, regardless of their genre.  It’s helped me immensely.

When Ernest Hemingway writes about writing—and you can find it in his letters and in interviews and in compilations like Coffee with Hemingway—he can be wonderful.  In the forward to Coffee with Hemingway, John Updike writes that Hemingway’s work “remains a touchstone of artistic ardor and luminously clean prose.”  Elsewhere he said that Hemingway was incredibly insightful about the writers of the past and almost always right about them.  See for yourself.

There are more.  Enough to make me feel optimistic, generally.  What I think all these writers of accessible books about writing have in common is that they write from the heart, not from the brain.

And it’s ultimately from the heart where all fine writing comes.  Trust your heart always.   Especially when it comes to writers writing about writing.

1 Disclosure:  I’ve written a book on writing titled The Soul of Creative Writing. Whether this book is good or not is not up to me to decide.  But it would be disingenuous of me not to mention that fact, and the writing of it bears on my opinion in these matters.

Richard Goodman is the author of French Dirt: The Story of a Garden in the South of France. The San Francisco Chronicle said that French Dirt is “one of the most charming, perceptive and subtle books ever written about the French by an American.” He is also the author of A New York Memoir and The Soul of Creative Writing. He has written on a variety of subjects for many national publications, including the New York Times, Creative Nonfiction, Harvard Review, Commonweal, Vanity Fair, The Writer’s Chronicle, Saveur, Ascent, French Review, and the Michigan Quarterly Review. He is a winner of a Hopwood Award for his fiction. His book, The Bicycle Diaries: One New Yorker’s Journey Through 9-11, will be published in a fine press, limited edition this fall. He teaches Creative Nonfiction at Spalding University’s Brief Residency MFA in Writing Program in Louisville, Kentucky. Richard Goodman is Visiting Assistant Professor of Nonfiction Writing at the University of New Orleans for the academic year 2011/12.