[Contrasts & Charms] The Allure of the Sequel

TV, greed, comfort, surprise: but a few of the reasons sequels bewitch us. Why we love more - more story, more character. How sequels draw us in, why we crave them, and which ones we'd pay a million bucks to see in print. 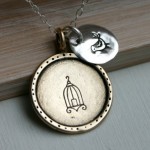 I am impatiently waiting for so many sequels! First, I must have another installment of Megan Whalen Turner’s The Queen’s Thief series. My raving about these books has not convinced many friends to read them—to all of you I say: fools! You don’t know what you’re missing. Next, I want Hilary Mantel’s sequel to her wonderful Wolf Hall. I would never have thought that I could be so entranced by Thomas Cromwell, but I am. I know I’ll be waiting a while for George R. R. Martin’s sixth installment in The Song of Ice and Fire, known to HBO subscribers as Game of Thrones, but that doesn’t make the wait any easier. Finally, I’m hoping that Amitav Ghosh’s conclusion to the Ibis Trilogy comes sooner rather than later. Except that’s not “finally” at all—not even close. There are a half a dozen other series whose next installments I’m eagerly awaiting. Why are sequels so compelling? 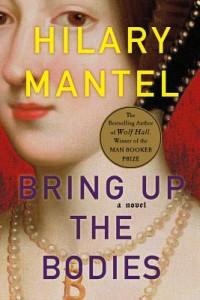 Of course the market loves sequels because it’s a more reliable way to hook readers than author recognition alone. When you fall in love with a character a cliffhanger will keep you coming back. Look how we all stuck with Lost for so long, despite knowing it could only end in tears. The shift in television from episodic to serial construction is probably abetting our longstanding love of sequels. Much has been written about the novelistic qualities of The Wire, perhaps the most “literary” of any recent TV show in terms of the depth of its characters, its wide-reaching social implications, and its refusal to accept facile outcomes, or to commit to audience-pleasing expectations. If the events of The Wire were written down, I can’t imagine them all occurring in one volume—it’s a series, on screen or on the page.

I love sequels the way I loved each season of The Wire: because I so often want more. More character, more plot. Serial narrative can give a writer an opportunity to show us more about a wider range of characters, and to take those characters through many different events. But most of all it just repeats that pleasurable cycle of rising action, climax, and resolution, over and over again. The greatest series are ones where the reader is so attached to the characters that they’re like friends on the best road trip ever—the radio is always tuned to just the right station and you’re speeding down the highway singing together, and you don’t get sick of each other halfway through the dry plains of Kansas, if the writer has done her job well.

I do my favorite wallowing in sequels when I discover a whole series, already published. No waiting! I zipped through Daniel Abraham’s Long Price Quartet on a vacation, and Laurie R. King’s Sherlock Holmes and Mary Russell books (eleven to date! oh glory days—) got me through a hot summer and a particularly awful move. I read the first two of Suzanne Collins’s The Hunger Games books one immediately after the other and only had to wait a few months for Mockingjay. That was a few months too many. I get jealous when someone tells me they haven’t read a great big series, like the Harry Potter books, or Arthur Ransome’s Swallows and Amazons because they have so much great reading ahead of them, and can skip the torture of waiting for the next volume to be released.

Many of the books listed above could be considered “genre” fiction, although that’s really an empty term. Literary fiction is a genre like any other. Still, fewer works of literary fiction have sequels than works of fantasy, or mystery, and it seems as if the trilogy is becoming the default mode of the young adult writer these days. 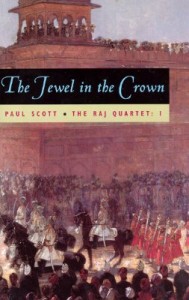 There are literary fiction series, of course, even very long ones. Anthony Powell’s A Dance to the Music of Time, and Paul Scott’s The Raj Quartet. There are the companion novels of Evan Connell, Mr. Bridge and Mrs. Bridge, Pat Barker’s Regeneration trilogy, and the aforementioned Sea of Poppies books by Amitav Ghosh. Several of these writers straddle the genre divide between the thing we call literary fiction and its subdivision “historical fiction,” which occupies an interesting place in sequel-land. The reader knows the history, so the cliffhangers depend on character. In the right hands, this doesn’t lower the stakes at all.

And then there are writers who use the sequel in unusual ways, like Ellen Gilchrist’s many books of short stories (Victory Over Japan, Light Can Be Both Wave and Particle) in which one of her narrators, Rhoda, cuts across stories and collections.  Or Grace Paley’s stories about the New York City mother, and activist, and friend, Faith. Gish Jen’s first novel, Typical American, tells a story of American identity through the character of Chinese immigrant Ralph Chang. Her second, Mona in the Promised Land, offers a different view on the subject through the eyes of Ralph’s daughter, the temple-going Mona Changowitz. Margaret Atwood juxtaposes Oryx and Crake, the tale of how reckless, corporate genetic engineering led to apocalypse, with The Year of the Flood where apocalypse survivors piece the world back together bit by bit. 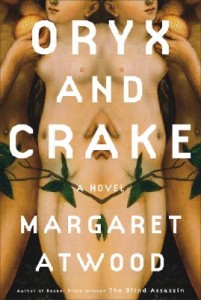 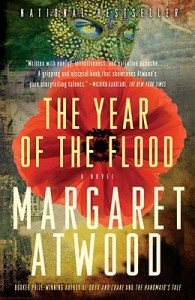 There is a difference between tying a sequel to plot and tying one to the change of a character, though. If a book relies on character tropes, if there is a brave heroine, for example, even a flawed heroine, it limits a book’s capacity for revelation. Katniss is always brave. Her actions in The Hunger Games remain utterly consistent with this one trait, and this personality trait proves essential to our understanding of her as someone we can love without reservation. But characters we can love with reservations have a greater capacity for surprise. You read to find out not only what they will do, but who they will become. The best books make us do both. 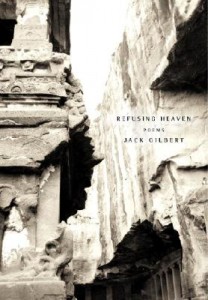 Why don’t poets tend to write sequels? Well, I suppose in a way they do, but seldom explicitly. It’s difficult to separate the sequel from the use of narrative. Successive volumes of associative poetry often seem more like an evolution. You could think of Marie Howe’s three books as sequels to each other, in the way that the voice in many of the poems continues from book to book fairly consistently, although it addresses different issues and takes different risks in each. More narratively, Jack Gilbert’s books sometimes feel serially connected to me; as I read I trace his relationship with Michiko from its moments of ecstatic happiness through the despair of her loss.

Not every book needs a sequel, of course. As much as I loved Hannah Tinti’s The Good Thief, I don’t need to know about the main character Ren’s life now. The beauty of the novel lies in the completeness of the story, a story that, because it is honest and complex, necessarily has an ending that contains uncertainty in addition to resolution. I don’t want to mar that uncertainty with an “everything turned out all right” phase of the story—a plot problem that Downton Abbey will have to contend with next season. Even if most things turn out all right, in a good, complete novel the ending usually has a touch of bitter with its sweet, and that’s all there is to say about it. Who would want a sequel to Charlotte’s Web? Wilbur won’t be killed by the farmer, but we’ll all grow old and die. And I understand that many authors do not write the sequels I would eagerly read about their bewildering, bewitching characters because they have fully explored their themes through those characters, and now they need new people and new situations to continue to make sense of the world. 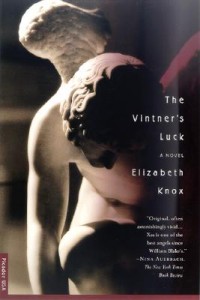 In the end I suppose the only really good reason to write a sequel is if the story, including the story of who these characters are and what we can learn from them, remains unfinished. Usually it seems clear when this is the case, but there are always surprises. I know there’s a sequel (unlooked for, and unexpected) to one of my favorite books of the last ten years—Elizabeth Knox’s The Vintner’s Luck. So why haven’t I snapped it up? I’m scared. What if continuing the story of Xas, the fallen angel, somehow ruins his character, so perfectly constructed in the first book? When you have a novel with such a pristine and unusual story, what if the continuation goes off track? And if the sequel is as wonderful as its predecessor, at the end of it I’ll have to say goodbye to the characters all over again.

My fears are somewhat allayed by the reviewer David Larsen, who writes:

Knox’s 1998 bestseller, The Vintner’s Luck, is a category-obliterating tour de force: a literate fantasy, a theological love story, a New Zealand novel set in 19th-century France. It’s a delight on every level and it needs a sequel the way the Moonlight Sonata needs a heavy metal version. So why saddle it with one? The only good answer to this question is a sequel so good it sits on the original not like a saddle, but like a halo; and that is the answer Knox provides.

Sounds like I’d better get to it. It’s a good thing I have something to do while I’m waiting around. 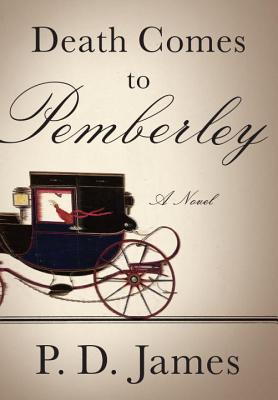 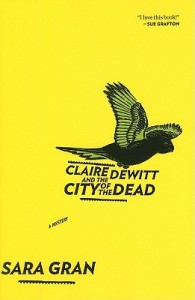