I’m a college writing teacher. Creative writing, to be exact. And yes, sometimes it seems as if paper goods companies ought to be lining up with the textbook publishers to wine and dine us at our conferences--or at least paying for our tote bags. Because while there may be no crying in baseball, the writing classroom is a different story. 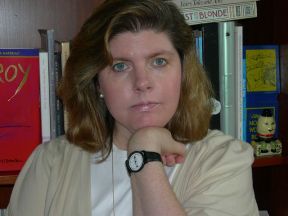 Recently, while speaking in a small community group meeting, something happened that took me completely by surprise. I started to cry. Not the humanizing, Hillary-esque eyes-welling-up kind of crying, but the “quick, somebody get her some tissues,” stuttering-to-get-the-words-out kind. It left me more than a little stunned and, well, embarrassed. Granted, we were discussing a painful situation and I was making a personal connection, but when all was sobbed and done, no one was more shocked at my behavior than I was. When I opened my mouth I’d just intended to make a considered point, not open the floodgates.

The group I was in, many members of which I’ve known for years, was wonderfully supportive and sympathetic; still, it took a long time for the color in my cheeks to die down, and as I made my way through the rest of my day, my thoughts kept returning to that gush of tears that had seemingly come from nowhere.

I’m not much of a crier, not in public anyway. Sure, I might get a little misty during Terms of Endearment, but over the course of my life, and especially in my line of work, I’m usually the one doling out the tissues, not the one feeling them dampen into a velvety ball in my hand.

She must be a therapist, you’re guessing at this point, maybe at a college counseling center where Kimberly-Clark does a thriving business. Or maybe she’s a student life officer who has to deal with, well, student life, and all the messiness that entails.

Nope. I’m a college writing teacher. Creative writing, to be exact. And yes, sometimes it seems as if paper goods companies ought to be lining up with the textbook publishers to wine and dine us at our conferences, or at least paying for our tote bags. Because while there may be “no crying in baseball,” the writing classroom is a different story. 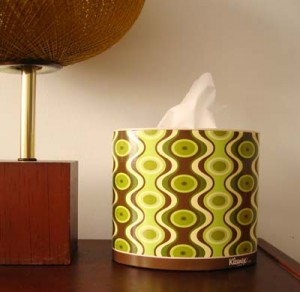 If you’re not familiar with the world of writing instruction, you might be tempted to conclude that the writing classroom is a touchy-feely therafest where raw emotions are privileged above all else. Let me make a few things clear. While I encourage students to invest themselves in their subject matter, I actively discourage them from cutting too close to the bone. I even hand out a checklist to help them discern whether they are ready to confront a difficult subject in their writing. For the most part, I teach young writers, who are sometimes ill-equipped to understand that attempting to craft an essay about a friend’s very recent suicide might at worst increase their own trauma and at best result in a sheaf of platitudes. It’s a short list but it gets right to the point:

“Have you achieved enough distance from this situation to write about it for an audience?” “Will you be able to hear suggestions and criticism about it?” and finally, “Can you read it aloud without crying?”

In spite of the list, tears still happen, whether the student has just shared an emotional piece or endured a particularly rough critique session. While I am a sympathetic audience, it is a sympathy that translates to a well-honed, motherly there-there tilt of the head, never into a group therapy session, which I am ill-prepared to lead.

Back to my outburst for a moment. In true Type-A college professor style, I searched long and hard for some sort of meaning to my embarrassment; and as I sought a use to which my mortification could be applied, I began to consider that perhaps I needed to know how my students felt when such strong emotions snuck up on them, as they had on me. Perhaps fifteen-plus years of the occasional student tears had hardened my countenance into a mask I should risk lowering.

Nowhere was this more obvious than in my students’ reactions when a classmate cried. Most of them were far more sympathetic than I was. Perhaps the emotional roller coaster of adolescence, still fresh in most of their memories, gave them an added empathy, or maybe the millennials are just more sensitive, but often it was one of my students getting up and crossing the room to give a weepy classmate a hug or the fresh-faced guy in the tattered Abercrombie cap commiserating, “It’s okay, man. We’ve all been there.”

After a moment like that, the class is rarely the same. There was the time a young woman began to sob while reading aloud a particularly raw piece about her ex-boyfriend’s descent into drug addiction. “I’ll get some tissues,” one young man offered as it became clear there was none in the room. When he returned, setting a pile of toilet paper the size of a piñata before her like an offering, he explained, “I wasn’t sure how much to get.” The entire class, led by the writer, dissolved into laughter. Just like that, the tension disappeared and the ensuing discussion of her essay was as perceptive and pointed as any we’d ever had, possibly more so because there was no longer any tiptoeing around it.

As my own crying incident slowly receded in my memory, I drew the following conclusions:

So, what do I plan to do with my new, hard-won perspective when a student tears up in class? The changes will be small but significant. My there-there expression will remain—it’s my nature. But from now on, I’ll probably check on the emotional student as he or she leaves the classroom (and honestly, over the years, it’s been a dead heat whether the student is likely to be a he or a she) and suggest that the student take care of him- or herself for the next few days.** I’ll commiserate about how tears like that can seemingly strike from out of nowhere. I may tell my students–in the reassuring way my son’s preschool teacher once qualified the news that he’d relieved himself on the playground–that they are by far not the first writers to cry while reading something they’d written or hearing feedback on their work, and they will certainly not be the last. As Robert Frost once said: no tears in the writer, no tears in the reader. And at the next class meeting, if I have a chance to do so quietly, I might check in to see how a student is doing, post-breakdown.

And then, with a tissue box nearby, we’ll do what we always do. We’ll move on to the task at hand: learning to write well about what matters.

**Of course, if the student seemed seriously disturbed I would urge him or her to visit the counseling center.

Stephanie Vanderslice’s essays have been included in books and journals such as Creative Writing Studies, New Writing, Profession, Teaching Creative Writing and The Creative Writing Handbook. Her prose has also appeared in Mothers in All But Name, Knowing Pains: Women on Love, Sex and Work in their 40’s and many others. With Kelly Ritter, she edited Can It Really Be Taught?: Resisting Lore in the Teaching of Creative Writing (Heinemann, 2007), and wrote Teaching Creative Writing to Undergraduates: A Resource and Guide, forthcoming from Fountainhead Press in 2010. Stephanie also blogs at wordamour.wordpress.com. She is associate professor of writing at the University of Central Arkansas. Recommended reads include Jhumpa Lahiri’s Unaccustomed Earth, Marcus Zusak’s The Book Thief, and Jesse Lee Kercheval’s The Museum of Happiness.