Writing books are my weakness. No, not those how-to books like “ten steps to the perfect plot” or “write a novel in a year on your coffee break,” but writers’ memoirs and writing-life books. After all, ours can be a lonely, mystifying, disheartening vocation. Somehow it helps to read about the travails and triumphs of a fellow member of the tribe.

Students in my creative writing courses choose one of these “writing life” books from a list I provide each semester to read and present to the class. Over time, then, I’ve come to consider myself something of a connoisseur of the genre. After its publication in 2000, the first edition of Betsy Lerner’s The Forest for the Trees: An Editor’s Advice to Writers quickly rose to the top five of my students’ favorite writing books, along with the usual suspects, Stephen King’s On Writing, Anne Lamott’s Bird by Bird, Heather Seller’s Page After Page and Natalie Goldberg’s Writing Down the Bones. 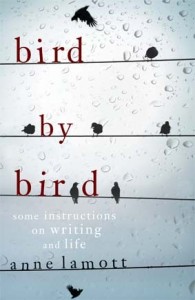 Even I recognized something different about this book that made it stand out among the others, all of them classics of the genre and rightly so. Over time, it became my go-to gift to graduating seniors with whom I’d formed a special bond and whose persistence I hoped to bolster in those daunting years ahead, so much so that I keep a small stash of copies in my office. As a result, it was with great anticipation that I looked forward to the second edition, published in October 2010.

Dr. Spock once famously said that he wrote Baby and Child Care for the despondent parent at 2 AM who would do anything to mitigate a child’s colic/croup/fever/name your crisis and indeed, his book reads that way, with a sure, steady voice intended to calm the parent as much as the child. Betsy Lerner seems to have steered more than a few writers through similar crises of body and spirit and is, in fact, no stranger to such crises herself, crises which are more evident in her memoir Food and Loathing: A Life Measured Out in Calories but critical to her overall outlook nonetheless. The woman has been there. 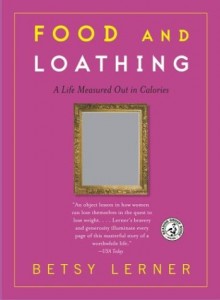 It is this perspective, I think, that brings the same balm to Lerner’s voice in Forest, despite the fact that this is also a forthright, bullshit-free voice, one that pulls no punches and makes no guarantees about the writer’s life except that which cannot be taken away: the satisfaction of doing the work, whether you’re published or a bestseller or not. For example, as she consoles a writer whose first book is not selling well, “Most of all . . . you did it. For every person who writes a book there are thousands who believe they could.” Coming from a successful writer and a 26-year industry veteran, this is no small reassurance.

Forest is also a resonant editor’s memoir, a rich account of what it is like to love words and sentences and books and then to submerge yourself in the very world that produces them. In characterizing her climb up the publishing ladder, she describes her passion: “I was a sponge, soaking up every piece of information I could. It was all fascinating to me. . .” She shares with us the best of what she knows about the art of editing—and agenting—from stories about the intricacies of writing rejection letters that don’t “entice the razor blades out of the medicine cabinets” to the history behind legendary literacy agency Russell & Volkening: Diarmuid Russell was encouraged to found his own agency after he was fired from a publishing company for taking an author’s side in a dispute.

Lerner divides Forest into two parts, “Writing” and “Publishing.” The first, “Writing,” is, on the surface, something of a “therapists’ guide to writers.” But as one reads about the “ambivalent writer,” the “natural,” the “wicked child, the “self-promoter” and the “neurotic,” one can’t help but feel Lerner’s deep empathy for anyone contemplating or navigating life as a writer. This empathy is perhaps most penetrating in “Touching Fire,” which deals with substance abuse and mental illness, afflictions that, no matter how some might try to deny it, seem to strike disproportionately among artists. With the deaths of David Foster Wallace and Lucy Grealy since the first edition of the book, the reader feels even more keenly Lerner’s determination not to romanticize mental illness and art, as when she writes about Foster Wallace, “His death was tragic and the final word on a lifetime struggle with depression. His abundant gift shined through despite his illness, not because of it.” 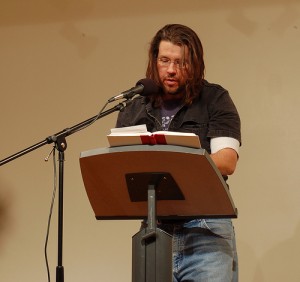 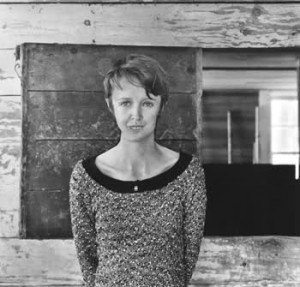 In the second section, “Publishing,” readers familiar with the first edition of the book will appreciate Lerner’s take on the last ten years of literary history, a remarkable period to say the least, with the ascent of Web 2.0 and the e-book, the rise of a new Generation of writers (she hails Dave Eggers as a new breed of author-entrepreneur, a “literary P.T. Barnum”) and the crash of 2008, rocking the industry to its rafters. And then there’s social networking—blogs, Twitter, Facebook—when “a literary writer with a big Twitter account can tweet about her next reading and fill a bar in San Antonio with a click.” Shall I twitter? Very well then, I shall tweet and my tweets shall contain multitudes.

Hanging on like the rest of us as the plates of the publishing industry undergo enormous shifts, Lerner shares her own fears, that “that we are dancing on the deck of the Titanic,” but in keeping with the tone of the rest of The Forest for the Trees, which exhorts perseverance as the number one trait of the successful writer, she isn’t ready to give up yet, proclaiming:

I believe in change. . .if I have to read a book off the head of a pin, I will, so long as it’s a good book and a decent pin. For me, the bottom line is writers. Will I still get to agent and edit them? Encourage them, provide ballast, hear them roar? Hear them roar.

If we are lucky, be it with individual clients or through the mass mentoring of The Forest for the Trees, she will.

Words from the Author 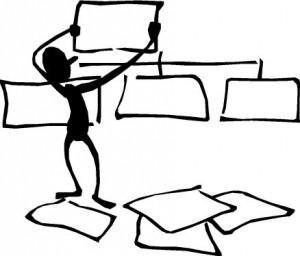 I contacted Betsy for some additional insight into the book and she kindly agreed to a brief interview. Enjoy!

STEPHANIE: What inspired you to revise the first edition of The Forest for the Trees?

BETSY LERNER: The royalty checks were getting smaller and smaller.

What was your process for the revision (i.e. how long did it take and how did you go about it?)?

My editor gave me seven pages of notes about what needed refreshing all throughout, issues big and small. It was a like a scavenger hunt finding new examples and updating information. New writing took more time, when I really had to think about how things have changed, and sometimes how my own ideas about things have evolved.

What do you think are the biggest differences between the first and the second edition?

We now talk about Google, Facebook, Twitter, Kindle, schmindle, all of this e-stuff. Much of which I think is great. But the heart of the book — what makes writers tick — is very much the same.

What’s in the future for you in terms of your writing?

Any more books brewing? I’m working on screenplays and tv pilots primarily. I am also working on a tome on marriage. Yawn…

To learn more about The Forest for the Trees and Betsy Lerner’s current projects, visit her book blog or follow her on Twitter.