I’m very lucky to live within walking distance of Harvard Bookstore, one of my favorite bookstores on earth. The fact that it’s an independent bookstore is just icing on the cake—the store is just wonderful, with a great staff, and in a decade I’ve never once succeeded in visiting without spending a half-hour or more there. So I was thrilled to see Forbes recognizing the success of Harvard Bookstore and its owner, Jeff Mayersohn. The title of the article—“The Man Who Took on Amazon and Saved a Bookstore”—reminds you how hard it is to run an indie bookstore these days, […] Parsing the Percentages: Peeking Behind the Curtain of E-book vs. Print Book Sales

When media outlets that cover the American publishing industry report on book sales and e-books “vs.” print books, they often cite percentages of sales increases and sales decreases as evidence of the current state of affairs. In reality, percentages don’t and can’t offer a full picture. The Association of American Publishers (AAP) recently released book sales data for November 2011. The e-newsletter Shelf Awareness had this to say about the AAP report: E-books yet again had the biggest gain, but the 65.9% increase marked a slowing of what had been triple-digit increases for most of the preceding several years. In […] 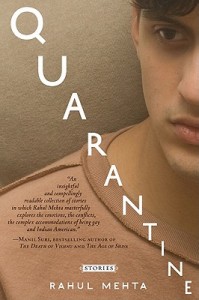 You’ve probably read about Amazon’s most recent promotion–they encouraged customers to use their price-check app in stores, scan an item, and then get an extra 5% discount for buying that item on Amazon instead. This promotion occasioned much ranting, including a piece by Richard Russo in the Times, and then a rant from an opposing perspective by Farhad Manjoo in Slate. It won’t surprise regular readers of this site, which routinely suggests buying from independent bookstores and which links to Powell’s most often, rather than Amazon (though we get no kickback from Powell’s, we just like them), to learn that […] A new model for advances?

The traditional model of publishing–for books, at least–has become a large(ish) upfront advance, followed by royalties: a small percent of the book’s sale, once the book has earned enough to pay off the advance. Here’s a counteroffer: as an author, would you trade a larger advance for a smaller payment upfront PLUS a bigger slice of the proceeds? That’s the new model of payment companies like Byliner and The Atavist are trying out. Reports The New York Observer: Like most magazines, The Atavist pays a fee up front when a story arrives in decent shape. Mr. Dobbs called The Atavist’s […] We’re delighted to present another blog post by our able editorial intern, Nicole Aber. Enjoy! With the proliferation of self-published books, especially in e-book format, the New York Times recently took a look at the pros and cons of the controversial route of getting one’s book to market. And since the practice of self-publishing has become so widespread, even the author of the article, Alina Tugend, found herself re-evaluating a publishing form she once found inferior: I’m a snob. Oh, I don’t particularly care what kind of car you drive or if you wear the latest designer fashions, but until […]

What the end of Borders REALLY means

Borders may be a thing of the past, but does it mean there’s no market for books anymore? The MobyLives blog of Melville House does some pithy analysis: Was this whole thing basically a fifteen-year-long advertisement for Amazon? In a word, no. The story of Borders failure is, first and foremost, a real estate story. Simply, Borders gobbled up a lot of expensive square footage in the real estate boom of the nineties, as did Barnes and Noble, with a seemingly insatiable lust that curdled into craven predatoriness. […] When the economy imploded in 2008, they were locked into severely […]

Netflix revolutionized the movie-rental industry when it launched, allowing subscribers to have movies sent to their homes and keep them as long as they wanted, all for a monthly fee. (Okay, until recently.) The site BookPig aims to do the same for children’s books, which are (1) expensive and (2) quickly outgrown. Says the site: When you are ready for more books, just return the first set in the pre-paid mailer provided and we’ll “swap” them for the next set of books from your queue! For faster turnaround, we recommend that you log in and use the “Instant Return” feature […] Should author readings be free? That’s what the New York Times wondered recently in a story about indie bookstores that charge admission for author events. Bookstores, including some of the most prominent around the country, have begun selling tickets or requiring a book purchase of customers who attend author readings and signings, a practice once considered unthinkable. “There’s no one right now who’s not considering it,” said Sarah McNally, the owner of McNally Jackson Books in the SoHo neighborhood of Manhattan. “The entire independent bookstore model is based on selling books, but that model is changing because so many book […]

Unbound: a Kickstarter for books

Unbound allows authors to pitch book ideas and interested readers to fund those books. Says the site: Unbound is a new way of connecting with writers. Most of the writers on our site will be well known, others will appear here for the first time. What’s different is that instead of waiting for them to publish their work, Unbound allows you to listen to their ideas for what they’d like to write before they even start. If you like their idea, you can pledge to support it. If we hit the target number of supporters, the author can go ahead […]

When are you big enough to handle the bad review?

Last week, a personal book-review blog called BigAl’s Books and Pals posted a review of a self-published novel by Jacqueline Howett. Howett took exception to the review and posted a series of ranting comments, eventually deteriorating into obscenities—but not before the thread had gone viral, and not in a good way. Some insist that any publicity is good publicity, but the writing blogosphere unanimously agrees that Howett shot herself in the proverbial foot with her behavior. But for writers who don’t have public meltdowns over bad reviews, is any publicity good publicity? How do bad reviews affect book sales? David […]