I learned to read late. I spent maybe six months on Dr. Seuss and The Very Hungry Caterpillar before launching into The Hardy Boys. I made a quick stop at Little Women before I got into Charles Dickens. Great Expectations at ten, A Tale of Two Cities next, and I skipped Goosebumps and went straight to Fear Street when I wanted a light read.

That’s not to say that I was able to appreciate these books. Quite the opposite, in fact. As a young child I had already learned the importance of reading the “right” thing. Highbrow was best and age-appropriate was for the kids who spent reading group peeling Elmer’s glue off their palms. In other words, I had catapulted past most young adult literature. I’d read a small bit, of course, but it was a stepping stone; as long as I was reading several grade levels above my own, I could still hold my head high at recess.

Growing up, my understanding was that young adult literature was flashy and the language was simple. But suddenly all of my friends were running around for the next Harry Potter like kittens after a laser pointer. I continued to be disappointed in my peers right up until the final volume in the series was published. I was twenty-two, a senior in college. Half the students in my “Islam in Western Medieval Literature” seminar read it within a week of its release. Was I really the only person I knew who was too smart to fall for such a ploy?

I liked to think so.

My resistance crumbled when I became a teacher. Not because of a major epiphany and not because of a single young adult book that changed my life. Mere months into my first year teaching, it became painfully obvious that I would have to learn a thing or two about young adult literature if I expected my students to ever read it. My students being English Language Learners, it was arguably even more important for them to read, and I was even less likely to persuade them to get through any of my beloved classics. My options were limited.

I dove into young adult literature and, within months, I was in love. Most people would hardly have believed their good fortune, I’m sure, but I was horrified to love what I was reading. What did this say about me? Was I dull enough to be entertained by tales of high school woe? Of childish games? Of sparkly vampires?

In “The Merchants of Cool: Frontline” (2001), Douglas Rushkoff examines the relationship between teens and the media in the United States, illustrating media that study teens and strive to snatch up the next potential trend in order to package it and sell it to them directly. We could play chicken-or-the-egg all day, but either scenario amounts to a national obsession with teen-hood; teens determine the trends and the nation follows.

This is only the tip of the iceberg, however. Americans are undeniably obsessed with youth, from age-defying wrinkle creams—youth equals beauty, after all—to the youthful hallmarks of the mid-life crisis. (In fact, we now experience the quarter-life crisis, in which we mourn the end of “childhood” as defined by lack of responsibility, and wonder vaguely what our purpose is.) The United States unequivocally idealizes and romanticizes adolescence, so is it any wonder why Americans would be hopelessly drawn to stories of teen angst and self-discovery?

Whether it’s fact or we have simply been conditioned to believe it, what happens to individuals in their young adulthood matters to us. This is a running theme even throughout the more “sophisticated” entries into the literary canon, which may very well contribute to an explanation of why these works remain important to us. The protagonist in Ivan Turgenev’s First Love embraces an opportunity to tell the story of the older woman he fell in love with as a young man because of the life lesson he learned in the process. Humbert Humbert of Nabokov’s Lolita indirectly explains his deviant behavior by divulging a childhood story. Charles Dickens especially seemed to have a firm grasp on the importance of childhood experiences throughout the rest of a person’s life as demonstrated most famously in Great Expectations, Oliver Twist, and David Copperfield.

Authors of modern “adult” literature frequently attempt to participate in the tradition of romanticizing youth when they give us adult characters—protagonists, even—that more closely fit the archetypes of “cool” offered to teens. Rushkoff’s documentary suggests that there are respective ideals for which teen boys and girls are to strive: the boys for the angry and reckless “mook,” the girls for the hyper-sexualized “midriff.” However, when “adult” literature features adult characters behaving as modern teens, regardless of the author’s intention, the story tends to fall flat. In Arthur Phillips’s The Song Is You, forty-something protagonist Julian and twenty-something love interest Cait play an insipid cat-and-mouse game appropriate only for teenagers. While this is clearly the intention, patience runs thin and empathy runs low when an entire book centers on adults who should be beyond this stage in their lives.

John Fowles’s The Magus and Helen Fielding’s Bridget Jones’s Diary are also among those “adult” books guilty of exhibiting teen behaviors with little payoff. This can work as a storytelling strategy, as when the adults in Stephen King’s It revert back to their childlike ways when they reunite in the town they grew up in. But characters guiding a story as “mooks” and “midriffs” are flat, predictable, and downright boring.

The problem, then, for American literary sophisticates is that of the dual identity. We have a natural inclination toward stories of childhood, having been conditioned to romanticize it, but at the same time we are constantly informed that young adult literature can be “fun” at best and is not to be taken seriously. In May, for example, Scotland’s University of St. Andrew’s hosted what is said to be the first literary conference on Harry Potter. Many academics did not respond well.

This leaves adult readers with little alternative to satisfy the appetite for teendom we have grown into. Young adult literature, though rarely cricitally-acclaimed, is the only genre able to communicate the childhood experience with any authenticity. Young adulthood matters because it is a time of transformation, exploration, and self-discovery. To watch adult characters go through such a period, unless it is justified or contextualized flawlessly, is unappealing. Only through the eyes of children and teens are these life stages represented without the ostensible effect of blatant posturing.

Watching as teen characters make decisions and experience revelations both bad and good not only harkens back to any reader’s teen years with a ring of authenticity, but also plays into our natural yearning for a perpetual teen experience. John Green, arguably the current king of young adult literature, demonstrates this in his novel Looking for Alaska. The teens in this book engage in the bad behavior expected of young people testing their limits when they drink, smoke, and otherwise break school rules. The characters’ behavior is to be expected at their age, and it allows adult readers a vicarious teen experience of their own at a stage in life when it is no longer acceptable. Similarly, the search for identity in James Dashner’s Maze Runner trilogy and P.C. and Kristin Cast’s House of Night series may happen within a science-fiction and fantasy context, respectively, but the themes remain the same.

A critic that questions the intellectual demands of a young adult novel has perhaps never read Rebecca Stead’s When You Reach Me, a lovely coming-of-age story that shares a profound intertextual relationship with Madeline L’Engle’s children’s classic A Wrinkle in Time. Though the ostensible audience is a slightly younger group, Lois Lowry’s The Willoughbys is a witty parody of children’s literature with allusions to the children’s classics beloved by my own generation and up. This is, of course, in addition to the few young adult novels the literati do universally accept and value for its contributions to the canon: To Kill a Mockingbird, The Catcher in the Rye, etc.

When critics pan a young adult novel, or even the genre as a whole, they seem to be comparing it to the most “sophisticated,” “adult” flavor-of-the-month, which is to ignore its real accomplishment. Society carves out a specific hunger for young adult literature in our reader psyche, and a good young adult novel satisfies us on an even deeper level than that of other good books. In considering young adult literature, the critics “sophisticated” readers take their cues from would be well-advised to remember that “children’s,” “independent reader,” and “young adult” labels for books are descriptive of the lowest reading level for which the book is intended; content is another issue entirely. 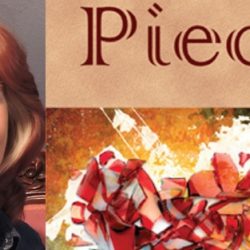