Steve Wingate sits down with Gary Schanbacher to discuss his debut novel, Crossing Purgatory, and the challenges of writing historical literary fiction about a time and place that has inspired so much pulp: the 19th century American West. 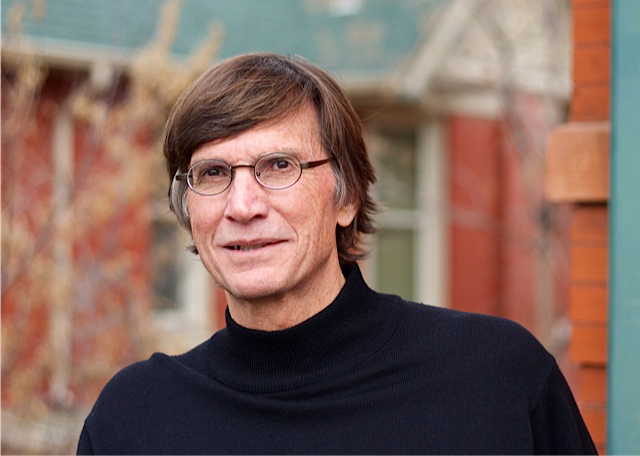 Gary Schanbacher did not take a traditional route to the fiction life. He didn’t get an MFA, wasn’t a rising star out of grad school, didn’t amass fellowships and residencies in his twenties and thirties. Instead he got a PhD in Economics and had a career in industry and government, writing on the side for years. It has been worth the wait and the patient strategy. His first book, the 2007 short story collection Migration Patterns, received a PEN/Hemingway Honorable Mention. It won the Colorado Book Award and the High Plains First Book Award, and it earned Schanbacher a Hemingway Fellowship at the Ucross Foundation.

While his short story collection dealt with the contemporary West, Crossing Purgatory, Schanbacher’s debut novel, is set in the “Wild West” era just before the Civil War. Thompson Grey, second son of a dying minister and farmer who doesn’t want to parcel out his land to his offspring, heads West to seek his fortune after his wife and children die of illness—a circumstance he blames on his own negligence. He wanders west until he takes up with a wagon train and forms an ersatz family on the road, witnessing (and participating in) the kind of violence and privation we associate with Old West.

In Schanbacher’s hands, what might be Old West tropes read as anything but stereotypical. Crossing Purgatory is particularly impressive in how it renders that era’s experience on its own terms, taking tremendous care not only with language but with the way his characters conceive of themselves and the world. In Thompson Grey’s moments of bravery, we see his desperation and fear as well. As he finds a place to call his own and some land to cultivate, we can follow his decisions from the perspective of a 19th century man—a testament to Schanbacher’s authorial skill and care.

I know Gary Schanbacher through the Lighthouse Writers Workshop—a terrific community-based literary center in Denver that you should know about (if you don’t already). He is a board member there and an all-around steadying influence who doesn’t succumb, as a writer or a man, to the allure of glitz. His work is steadfast, graceful, and worth the read. 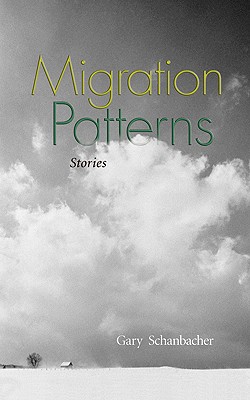 Your first book, Migration Patterns, was a short story collection. With Crossing Purgatory, you also cross into the purgatory known as writing a novel. What continuities and disjunctures did you find in terms of your process as you moved from short form to long form? Is Purgatory the first novel you tackled, or do you have others hidden in drawers somewhere?

I find more similarities than differences moving between short and long forms. I tend to agree with Janet Burroway’s assessment that a short story is short, and a novel is, well, long. Both forms require conflict, plot, tension rising to crisis, and some sort of resolution. I do love the heightened sense of urgency contained in a short story and the sense of seeing “the world in a teacup.” But I also love the freedom allowed by a novel to explore the mansion’s side rooms and hidden closets.

For me, the challenge with the long form was to find a story I could live with for a half-decade without quitting on it. With short stories, I get a sense fairly quickly whether or not I have something working. With my novel, I was years into writing without any clear sense of resolution. It was discomforting to say the least.

Crossing Purgatory is my first novel, and the trick to getting it done was to suspend the ingrained certainty that I could never write a novel. I’ve nothing hidden in drawers, but a second novel I’m currently working on is progressing so poorly, it may well end up being my “practice book.” Go figure.

Historical fiction projects tend to have some resonance with the present—there’s a reason why a particular historical epoch is of interest to a contemporary writer. What is your interest in Crossing Purgatory’s era, and why is now the time for this book?

The book did not begin as historical fiction. I’d intended a short prologue documenting the pilgrimage of a present-day family patriarch. As I wrote I became intrigued by that man’s travels and I got stuck in the period.

The book took form beginning in 2008, and because of the unfolding economic events, I became interested in exploring questions of unrestrained ambition and greed (perhaps unconsciously at first). Can one feel remorse? Is a change of heart possible, and if so, at what cost? I did not care to write a Wall Street novel, but thought about addressing those issues in a completely different historical setting.

It’s hard for me to not think of William Haywood Henderson [whose novels are primarily set in the American West] when I look at your novel, and it’s not just because he has a blurb on your cover. Henderson has also written about this phase of history, and both of you are heavily involved with Lighthouse Writers Workshop in Denver. Did you two talk about this story or its era?

We talked about the book a great deal. He was a first reader, and in fact led a Lighthouse workshop of talented writers who read and commented on an early draft. But our conversations dealt mostly with craft, not history. I think in any work set in the past, it’s up to the writer to decide what events and artifacts are important to the book, and different books will require different emphasis. In Crossing Purgatory, all of my characters are fictional as are all the scenes and many of the places. My intent was to write a novel set in history rather than a historical novel. It’s a book not so much of place and time, but of character and conflict that happens to be set in a particular era.

Thompson Grey is not a contemporary man; we can recognize his psychic makeup and scope of personal concerns, but they clearly aren’t our own. How did he enter into your imagination in the first place, and how did you get into his mind?

He is not a contemporary man but he faces struggles that have echoed in literature through the ages: the yearning for home, for honor, for love; the temptations of greed; the search for redemption and forgiveness. Thompson entered my imagination initially as a minor character who emigrates from Indiana to Kansas Territory. But, why would he move? Why would he set out alone, on foot? What hardships might he encounter on his journey, and what might he find at its end? Once I began asking the questions, and researching possible answers, I was hooked on both the period and the man.

In your acknowledgments, you refer to the characters in Crossing Purgatory as “historically plausible rather than factual.” Can you expound on that for a bit? Maybe give us an example of a character compromise you made to fit the story, or a time when you altered the story to stick to known facts.

Some people pick up historical novels to read a fictional recreation of actual events lived by a mix of actual and imaginary characters. One perfect example is The Gates of the Alamo (Knopf, 2000), by Stephen Harrigan, a wonder of a novel. I wanted it clear that even though I make passing reference to actual people, all of my primary and secondary characters are fictional, as are the events depicted.

I also wanted to freely acknowledge that I played loose with timeframe. For example, winter wheat played a large role in opening the Great Plains to agriculture, but was not introduced until the years following the Civil War. However, I thought it plausible that someone would certainly have known about it earlier and may even have planted limited acreage before it became widely popular.

Can you talk about your process for creating period dialog? I imagine that keeping your characters from talking and thinking like contemporary Americans took a great deal of time and discipline. 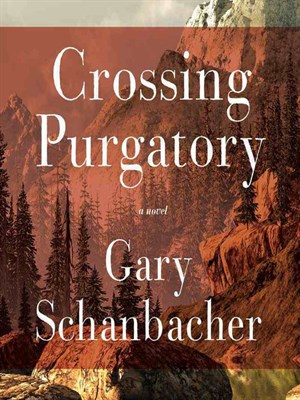 I discovered early on that I could not rely on professional, literary writing of the period to provide anything close to how I imagined normal conversation to sound. Fortunately, there exists a trove of personal journals by emigrants as well as letters home, and other unprofessional, informal writing that did convey a sense of rhythm and vernacular. Also, for many homesteaders, the Bible was the only book a family owned, was a primary resource for teaching reading and writing, and it influenced how people thought and to some extent how they talked. So, I referenced it where I thought appropriate. For some reason, the Psalms came to mind most often.

Having written and published this novel, how do you feel about historical fiction? Do you have other projects lined up in this vein, or do you plan to take a break?

I’ve developed great admiration for writers of historical fiction. I think it takes a unique combination of skills, the devotion to research, and the channeling of the past in ways relevant to the present. And, no, I do not currently have other projects like this in the works. But, who knows? In a sense, I stumbled into this book by accident, and accidents do happen with some regularity.