"...these translations do draw near to music, perhaps by carrying over so precisely the meaning of Kushner’s Russian rhymes and alliteration."

In the introduction to their forthcoming translation of Apollo in the Grass: Selected Poems, by Aleksandr Kushner, Carol Ueland and Robert Carnevale write that "translators simply have to admit that most of the music of most all lyric poetry, and most of its phenomenal presence, stay at home, in the native tongue. But 'music of language' is a metaphor." Ian Singleton examines how this claim plays out in their translation of Kushner's poetry.

A seminal experience of my writing life happened during my undergraduate years, when I read Mikhail Bakhtin’s 1941 essay “Epic and Novel: Towards a Methodology for the Study of the Novel.” Its discussion of the several languages that make up a novel, as opposed to the singular poetry of an epic, contributed to my growing interest in writing fiction rather than poetry. Bakhtin’s essay had me convinced that the only form in which to explore different voices and languages would be the narrative—a novel, or at least a collection of short stories.

Learning and speaking Russian pushed me a step further, since the meaning of a “different language” turned from metaphor into a stubborn other tongue. Before I learned the language, most of what I knew of Russian literature consisted of the work of fiction writers such as Gogol, Dostoyevsky, Tolstoy, Chekhov. I hadn’t yet read Russian’s greatest poet, Aleksandr Pushkin. And though I had read Joseph Brodsky, it was only some of his essays written in English, not even the English auto-translations he did of his Russian poetry, in which I’ve come to notice at times he sacrifices meaning to carry over his rhyme. Certainly I had never heard of Brodsky’s contemporary and friend, Aleksandr Kushner—another poet named Sasha, the Russian diminutive for Aleksandr.

The lack of translated work from other languages is still a general problem in American publishing. With foreign-language poetry, of course, it’s worse. In the case of Russian, the excuse is often that no translation can capture the sound of the original tongue. Carol Ueland and Robert Carnevale, the translators of Apollo in the Grass: Selected Poems by Aleksandr Kushner, forthcoming from Farrar, Straus and Giroux this summer, address this problem in the introduction:

Translators simply have to admit that most of the music of most all lyric poetry, and most of its phenomenal presence, stay at home, in the native tongue. But “music of language” is a metaphor. If a language really made what we usually mean by music, that music would be intelligible to nonspeakers too. The “music” of language turns out to be deeply dependent on its meaning. As translators we can only hope that, if we faithfully render sense, speech act, image, and tone, and their crucial moments of interplay, not all of the “music” will be lost, and some of the world of the poem will survive as not just verbal or visual knowledge but presences in the imagination.

Music, as Ueland and Carnevale mean it, outside of quotation marks, is sound, something universal. With poetry, however, when language and music meet, it often has to do with very specific sounds, such as rhymes.

This is one of the major complications in translation from Russian: the prevalence of rhyme in most of its poetry. Those who translate into English have to rhyme in a language that has fewer repeating suffixes, a feature that comes from Russian being more of a synthetic—using suffixes or different forms of the words themselves to mark different cases—language than English, which has evolved into more of an analytic—using syntax or prepositions to mark different cases—one. That’s the technical answer. The more likely reason, however, is that many Anglophones, especially Americans, shun rhyme in our language. Blame the Romantics? The rhyming voice, in many Anglophone minds, sounds childish and even sentimental.

Nonetheless, considering that quote from Ueland and Carnevale, thinking about the “music” of the language and the way poetry lets language perform its sound, a translator needs to give at least a little attention to rhyme. Even with Kushner’s explicitly unsentimental poetry, there is still rhyme in the original Russian. As if to tease the bilingual reader aching for the “music,” Apollo even features facsimiles of some of the poet’s handwritten manuscripts on the left pages adjacent to the translations.

In their introduction, Ueland and Carnevale sound as if they’re making the case that what’s important isn’t the rhyme in sound but rather in meaning. Something else they mention is how Kushner’s poems often echo (another sound metaphor) his influences, usually major figures of Russian literature. These echoes can be explicit, such as in the poem dedicated to the Symbolist Innokenty Annensky or the one dedicated to the poet-songwriter Bulat Okudzhava.

Or they can be subtle, such as with the last line of this untitled poem about the difference between poetry and prose:

It seems laughable to insist still on that bird-like

Twittering to which Archilochus woke us so early,

Farewell, speaking in measure. Prose is here to relieve you.

So what if the newcomer has no Muse? Your lyric ardor

Of relentless newspapers and magazines.

I was drinking with a prose-writer. All the while

He was telling me stories. As ever, a story bears the impress

Of a particular worldview, but a verse line lives

Without purpose, flies like the swallow, freely, at will.

And it is clearly impossible to imagine iambs

In the third millennium. What would it do with them?

That’s how it goes. How could I mourn so small a loss?

No, don’t complain, mourn and burn, right down into the dark.

In the Russian original, at the end there is an allusion to Afanasy Fet, which seems to be impossible to recreate in English. Impossible, because the Fet echo comes through the words for “complain” and “mourn,” which have the same root in Russian and both begin with the Cyrillic letter zh (my favorite), creating a sharp internal alliteration, an allusion to Fet’s poem, “Distant Dear, Heed My Cries,” (My rough translation of the first line, Dalëkii drug, poimi moi rydaniia).

Impossible to recreate…but, then, listen to the subtle internal slant rhyme between “mourn” and “burn.” These words don’t slant rhyme in Russian. So, why do they here? Were the translators trying to carry over a sound effect, some of the music of the original, even though they couldn’t do it word-for-word? 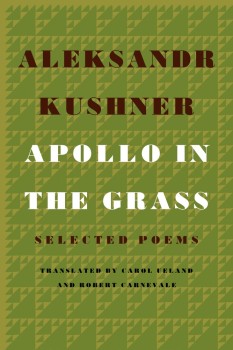 I admit, my knowledge of Russian literature in Russian did not include that Fet allusion. Another St. Petersburg poet, Marina Eskina—whose poem, “The Prose of Life,” about this very same theme, I translated (and rhymed like the original)—brought it to my attention while discussing these translations. This brings up another question regarding translation. Why try something so difficult as to carry over Kushner’s allusions, when the chance Anglophone readers will catch the reference is extremely slim?

In this case, even an Anglophone with a knowledge of Russian will only be able to make connection through meaning. And Kushner’s poetry is bittersweet, a word for which—in my opinion—there is no good Russian translation. Such tragicomedy might not lend itself well to rhyme in English. After all, how do you rhyme “the world’s first social parasite,” those last two words a translation of the same Russian epithet assigned to Brodsky by the Soviet government, which charged the poet-exile with social parasitism? Kushner uses this epithet to refer to the first poet-exile, Ovid, in the poem beginning, “You will fall asleep with a lip bitten raw.” Or what about the poem beginning, “If I had been born in Germany in the same year” (it’s not hard to see where Kushner’s going with that), in which he asks, “has [Russia] known one sweet day?” These poems include many rhetorical questions, which often have to do with deep belief, questions which we shouldn’t attempt to answer. A rhyme in English may sound as if it has tied up that loose end too neatly.

On the other hand, there’s the poem beginning with this stanza:

If the city of Peter had been established on the Black Sea,

If our Tsar had pushed, tear-faced, all the way down to the Bosphorus,

We would not have these faces in which anguish and cold agree,

But would enjoy Fortune’s favor and live in her good graces.

A Russian-accented voice in my head says, Well, the rhyme here is slanted, rough. Ueland and Carnevale have even foregone the low-hanging fruit of “faces” and “graces.” In the following stanza, the second and fourth lines end with “bruises” and “abuse us,” and later on “mountain” (sort of) rhymes with “Horseman” (as in Bronze), “trees” with “bodies,” and “Venice” with “Icarus.” These rhymes are wry and raw, just like Kushner—one poem he begins “I burned a small hole in my pants—above the knee”; and in “The Waterfall,” he says, “No mere human’s seething rage still feels hot-headed to me.”

Also in “The Waterfall”: “Here’s where each year counts for three, and lips are set free,” an internal rhyme that doesn’t exist in the Russian original. And in this other poem, untitled, there’s some offbeat slant rhyme in the first few lines:

Evening dark brought down to nothing

Both the small garden and the fir’s grandiloquent outline

And if, in the church windows, a light still gleamed,

Most likely, it was a devotional one.

It’s as if the translators discovered this rhyme instead of hammering it into shape. The music of it is, as it only can be, English. Fiction editors usually strike through and expose accidental rhyme in prose (and almost always are allergic to alliteration). Ueland and Carnevale have found a purpose for such pleasant accidents.

The poem above, about the light from a country church’s window, ends with these lines:

And saying right into the heart something

That called for no answer, no yes-or-no,

Required no choice, no either-or.

This said by a poet born and raised in a society, the official religion of which was atheism. Here Kushner stands alongside but also distinguishes himself from Brodsky, whose provocative response during his trial in the Soviet Union—that God was the one who gave him license to be a poet—demonstrates a quite different approach to spirituality than Kushner’s, one that is humbler, much less grandiloquent.

Perhaps this kind of feeling is better suited to plain and straightforward, unrhymed modern lines, at least in English. And Brodsky’s auto-translations I mentioned earlier often lose the meaning in his attempt to exchange English idiom for Russian and keep the “music” playing. A good analogy to Brodsky juxtaposed against Kushner might be Rainer Maria Rilke’s “Archaic Torso of Apollo”—with that famous last line, “You must change your life”—juxtaposed against the first in this volume of Kushner’s poems, the title one, “Apollo In The Grass,” with the second stanza:

The more softly the word is pronounced

The more ardent, the more miraculous.

The less it dreams of becoming a song

That much nearer it draws to music,

I could add to that, “The more different languages in the prose-writer’s speech, the more he aches for the poetry in each.”

Despite rhyming only rarely and what seems like accidentally, these translations do draw near to music, perhaps by carrying over so precisely the meaning of Kushner’s Russian rhymes and alliteration. After all, what is meant is the only thing that could be the “pure language”—as Walter Benjamin puts it in “The Task of the Translator”—of a work in translation, the only connection between the two languages’ respective sounds. In this way, what is meant is a kind of “music,” found through translation in a variety of tongues. 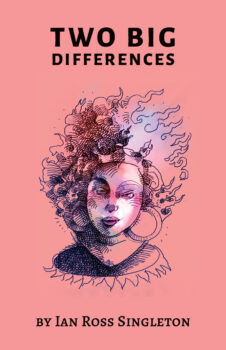 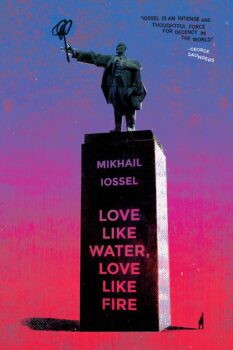