Contents May Have Shifted, by Pam Houston

Pam Houston's Contents May Have Shifted is made up of journal entries that recount the main character Pam's travels, troubles, and search for meaning. In Michael Byers's review, he wishes the novel were braver, and argues that the literary novel must take itself seriously, while considering why we hold genre fiction to a different standard. 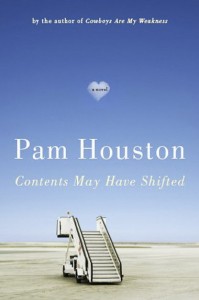 Pam Houston‘s new novel, Contents May Have Shifted (W.W. Norton, 2012), appears to be closely autobiographical, in parts. Its 320 pages consist of 144 journal entries written by someone named Pam. The book’s Pam appears to be a writer, or a teacher of writing, or both. Pam namedrops some fancy writer friends, mostly poets. Pam travels, opines about her love life and the love lives of others, laments her crappy childhood, considers the injustices of the non-white and non-rich world, and writes about animals. While in the company of her female friends, Pam is liable to say or think things like “on the subject of men she is totally fucked.” She tends to describe people of color as “gentle” or “pleasant” or “dancing—joyful—to the beat” or “singing a little song” or as having “kind eyes.” Sometimes someone nearby says a bad word like “faggot” or “niggerhead,” but the person who says this word can be counted on to have a secret heart of gold beneath his gruff horse-breaking exterior.

The 144 journal entries aren’t in any discernible chronological order, meaning there’s not much narrative to be found. In Pam’s world, bears, small planes, fishing, hunting, and Alaska are prominently featured, although not in such a way as to add up to a sustained story involving any of these things. Likewise, people appear without introduction and disappear without warning, and not in a good way. A fair number of entries are also devoted to Pam’s dreams, or to Pam’s experiences in therapy, acupuncture, Bhutan, etc. There are wise things said by wise people. There are beauties in nature. There are the horrors of history, sanitized as though for the Book Club Audience (in a former Turkish brothel, Pam experiences “rooms so thick with ghosts of women in captivity you can feel their hair on your arm, their jasmine-scented breath on your face”). The reader is peppered with such pronouncements as “I know faith springs out of doubt like topsoil, and one thing I am is here right now.”

I admit I have very little patience with this kind of thing. And I’m not the ideal reader for this book. Pam and her pals, all proponents of “spirituality,” or whatever, aren’t living the same life I am, which is the life involving facts and science, and the worst of spirituality’s practitioners—which seems to me to be most of them—are only interesting in the degree to which they are unable to recognize how tedious their chakra-talk is.

But even beyond my impatience with the subject matter and the characters’ careless habits of mind, this book is uncourageous and predictable. The problems of the characters are uninspired—Why doesn’t Rick love me more than he loves Sofree? Why were my parents such monsters? —and similarly little surprises the reader in the course of the narrative development.

As might be said of any failed book, this one had the chance to be interesting, frightening, challenging, beautiful. For instance, what if Pam suggested, somewhere, once, that she’s got a lousy love life because she’s mostly not very lovable? What if the book had taken on, treated, considered, addressed, the sad, evident mediocrity of her privileged personhood—a mediocrity all of us similarly privileged people might reasonably claim? What if she considered the notion that her parents were crappy to her because they didn’t like her much, and for some interestingly convincing reasons? That Rick, when leaving her, had his reasons too? Such a book, written by someone who dared to assess the sluggish economy of herself with some objectivity, would be scary as hell, because that would be a clear-eyed, forthright book written by someone who knew her way around the imperfect world of herself—someone who had taken a good look at what it means to be a fucked-up, unexcellent person and come back with a real report on behalf of the rest of us fucked-up, unexcellent people. 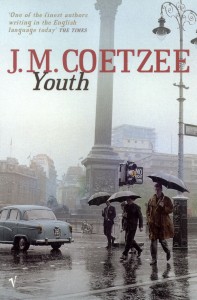 It is fair, in the face of this kind of thing, to consider what we ask of a literary novel. It depends who’s doing the asking, of course. Contents May Have Shifted is barely fiction at all, barely pretends to be, as far as I can see, and often seems to be a first-person account whose audience is meant to be the author and the author alone. Or, maybe fans of Pam Houston’s other books. But every successful novel is in its way an experimental one, in that it must derive its unique form from its unique content. This is why they take so long to write, even the short ones. And the long list of similarly hermetic autobiographical fictions—ranging the gamut from J.M. Coetzee’s Youth trilogy to Alison Bechdel‘s graphic novel Fun Home­—suggests Houston’s tactic can work, in the right hands. 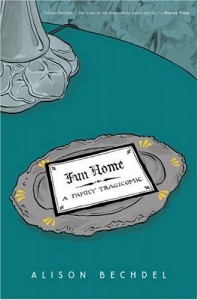 The only thing I ask, really, is that a literary novel take its own existence seriously—its own people, events, and concerns. Things must not only be told with a clear eye, but those things must also be important for the author to tell—because we, the reader, could not in a thousand years imagine them ourselves if the author were not around to do it for us. This test of elementary unimaginability is a handy way to distinguish genre, or non-literary, novels from literary ones. Lord Peter Wimsey, for example, is always perfectly imaginable. Indeed, we know he will remain the same man no matter how many people are poisoned around him. Mysterious death shapes the plot, but we will not be surprised except in unsurprising and smallishly clever and pleasing ways, as Lord Peter’s character, and indeed his whole world, continue ticking over like a well-kept Rolls, unaffected. This is why we love mysteries, as P.D. James has noted, and plainly it’s the case that if I insist on asking a genre novel to deliver the complex and unique pleasures of literature, I’m just a boneheaded killjoy.

So maybe it’s better to consider Contents May Have Shifted as a genre piece. Not sure what the genre might be called—it’s the one featuring a late-middle aged spiritually-minded unmarried childless woman who safely but with wise and fond sorrow considers her life’s path with the aid of acupuncturists, psychic masseurs, hot tubs, Buddhists, etc. It’s not a terrible book, I guess: it’s just thuddingly dull. Everything’s familiar, and safe, and predictable. Pam’s scary flights always land just fine. There’s always a nice dog around. The spirit world beckons.

There are a handful of highlights. There is a good mudslide in journal entry #30. There is a pet psychic who reads the mind of a pet fish, and who is good for a laugh. “Your fish really likes being pretty,” the psychic reports. There’s some good writing about sled dogs. Most of the time, though, we’re just given the chance to read Pam’s journal while she thinks about her travels and her troubles, with the idea being that we are being given a portrait of a grief-stricken woman coming to terms with the betrayals she has experienced at the hands of the men in her life. But the lack of narrative drive and absence of complexity in these characters combine to deliver the impression that this narrator has not so much been felled by grief as she has bumped into it inadvertently while boarding a plane.