What can we learn from Chris Cleve's interesting but sugary summer read about competing Olympic cyclists? That well-assigned conflicts are what make bestsellers tick. 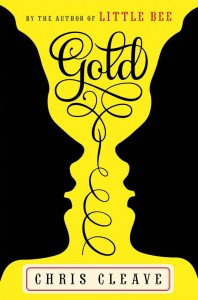 Chris Cleave is the author of two wildly popular novels, Incendiary and Little Bee, and his newest work, Gold, will no doubt join them on the bestseller lists. A light, easy read released just in time for the summer Olympics, it tells the story of two world-class British cyclists, Zoe and Kate, navigating their friendship and shared history as they compete against each other to bring home gold from London. Complicating this rivalry is Kate’s family, a cyclist husband and a cancer-stricken daughter, for whom the two women also, in twisted ways, compete.

The characters’ personalities are the root of this complication. Zoe, fierce and monomaniacal, has already won four gold medals in Athens and Beijing that were probably meant for Kate, the more naturally talented rider, and Zoe’s sacrifices toward that aim have left her life lonely and empty. Kate, on the other hand, compassionate and selfless, has won her husband and daughter from Zoe—yes, both—largely because of sacrifices that kept her from competing in Athens and Beijing. Now, as they prepare for one final shot at gold in 2012, a ruling comes down from the Olympic Committee that each country may send only one cyclist to the London Games, putting the two friends on a collision course.

It’s a nice tight set of conflicts. This is what Cleave does best, and what will make the book a bestseller. He’s careful to assign one significant conflict to each of his primary characters, among whose points of view the book rotates. Kate’s daughter has cancer. Kate’s husband was expelled from Scotland. Kate herself has missed two Olympics. A tragedy haunts Zoe’s past. Even the women’s coach is estranged from his grown son.  Cleave orchestrates these conflicts masterfully to develop a shapely, driving plot. But, like Zoe and Kate, Cleave makes sacrifices to achieve his aim. The advancement of the plot often feels artificial, implausible. Characters make decisions based not on realistic psychology but on what will best position them for the next twist. To make up for Kate’s physical advantage, for example, he gives Zoe the psychological advantage, and the result is the somewhat absurd notion that the outcome of their sport rests largely on the psyche-out:

Zoe looked down at Kate’s pedals. She made her eyes go wide.

Kate looked down. She was confused.

Tom blew his whistle for the start.

By the time Kate looked up, Zoe was already ten yards down the track.

Because of this, the characters can seem like types. They are defined and driven forward mostly by the single conflict Cleave has assigned each of them, which leaves them without much depth or complexity. Zoe wins at all costs. Kate is sensitive and naïve. Tom, the crusty old codger of a coach, dispenses tough love. The husband, Jack, is a self-assured goofball, permanently nineteen. The daughter, Sophie, is a brave and innocent victim. At times these characters show other qualities, even contradictions, but rarely ones that are fresh or surprising. They’re not flat, not exactly, but stamped from familiar molds. Zoe bit her lip. “I know I have a problem with relationships. I told you . . . I tell everyone that I’m an only child, but actually I had a brother and I lost him when I was ten, so . . . you know. Boring old story. People get too close, I push them away. I’m sorry.”

“God, no, I’m sorry. Oh Zoe, you should have said something.”

Zoe looked up. Her eyes were brimming. This is especially frustrating because the novel is also full of terrific writing. In many places, Cleave provides vivid, precise, and honest depictions of his characters’ internal states. Consider the moment the power goes out in Kate’s apartment as she’s watching Zoe race in Athens:

She felt a rare pulse of self-pity. Only these little things set her off. Missing the Olympics was too big and blunt to wound in anything but a dull and heavy sense. It was like being etherized and then smothered. But Jack’s plane tickets when they arrived had been sharp enough to cut. The packing of his send-ahead bag had left an ache, and a specific emptiness in the wardrobe that they shared. Now the electricity burning out had left her burned out too.

This is a moment when the conflict—no electricity—is used as a tool to illuminate Kate and her longing. Yet this isn’t always Cleave’s top priority. Too often, as in the passage that leaves Zoe’s eyes brimming, the character and the longing are used as tools to pump up the conflict, and that feels manipulative—we sense the author shoving the characters around rather than letting the forces of the story compel them genuine, realistic ways.

The overall result is a novel that has the predictability and pathos of a Disney movie, with obstacles overcome and hearts warmed all around. You can smell the sugar baking at the end from two hundred pages away. It makes for a fun summer read, as long as you don’t expect anything beyond entertainment. 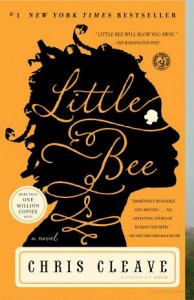 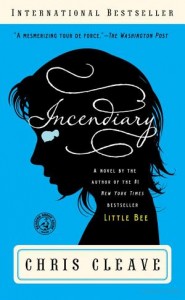