"One of the most satisfying stories I’ve read all year, and one that has been returning to me ever since."

J.T. Bushnell on how Michael Deagler's "New Poets" makes us rethink an old trope: the antagonist.

It’s hard to shock me the way Michael Deagler did with his story “New Poets” in the November 2020 issue of Harper’s—by showing me my own small-mindedness. That’s no testament to any expansive thinking on my part, just a growing familiarity with the moves of a short story. “New Poets” executes a classic one I know well, and yet still—still!—I never saw it coming.

These days every story I read seems to fall on one side or the other of a great divide, which has something to do with character purpose. On one side of this divide are the stories in which secondary characters impinge upon the protagonist with their power or cruelty or indifference. We’re usually invited to sympathize with the protagonist as they traverse these slights and obstacles, which leads us into a confrontation with some truth—at times difficult, at times uplifting, at times through the character, at times beyond the characters.

It’s a fine and versatile architecture, and it occurs in professional and amateur work alike. The figures are the same—the Uncommitted Lover, the Rigid Parent, the Bottom-Line Boss, and so on—but the pros bring them to life by giving them distinct physical features, realistic backstories, quirks and contradictions, characterizing action and dialogue. Even so—and even when it’s working well—it’s mostly to dress up a pretty simple and ancient role: antagonist. Sometimes we’re made to judge this person, sometimes to excuse them, but it doesn’t matter much. The story is about something other than the antagonist.

The second kind of story operates differently. Its characters exhibit similar power or cruelty or indifference, which we are invited to judge, usually through the sound judgment of other, nobler characters. Afterward, however, the story dives through the antagonist’s nastier qualities into something more complicated and surprising—a layer of pain or confusion or longing or connection. What makes it surprising is that it’s not merely decorative, as in the other kind of story. Instead, it is the story’s whole point. 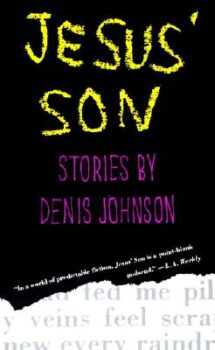 At its best, this architecture forces us to confront the assumptions that led us into our judgments, showing us our own narrow attitudes. The first story I remember affecting me this way was Denis Johnson’s “Car Crash While Hitchhiking,” which was originally published in 1989 by the Paris Review. A dazed addict navigates the aftermath of a bloody auto accident, wandering away with a baby that isn’t his and then tying to hand it off to a trucker. Later he is happily refreshed by the way a woman screams upon learning of her husband’s death. With this portrait, Johnson is inviting our horror and condemnation, but afterward he shows us this character in detox, placidly receiving injections while inanimate objects scream at him, which allows Johnson to throw our judgment back in our faces: “And you, you ridiculous people, you expect me to help you.”

Guilty! That’s exactly what I’d been expecting. What’s more, I’d been blaming him for failing at it. But this poor man can’t even take care of himself. I’d been pretty indifferent about that part, as well as his suffering, and suddenly I had to confront that failure of compassion.

This same move can be found across the decades. John Cheever pulls it off in his 1947 story “The Enormous Radio” by inviting us to judge a housewife for her voyeurism, then turning that judgment back upon us by revealing that we are voyeurs beside her, and upon her. Mary Gaitskill pulls it off in her 2019 New Yorker story “This Is Pleasure,” inviting us to judge a man taken down by #metoo accusations, then turning that judgment back upon the people who jump to simplistic conclusions about complex people, as we just have. More than a century ago, Anton Chekhov pulled it off over and over again in his stories, revealing, for instance, the wisdom in the ideas of the simpleton we’ve dismissed in “Gusev,” or the moral striving of the coxcomb we’ve discounted in “The Lady with the Dog.” Whether these characters are protagonists or secondary characters, the writers lure us into admitting our prejudices before upending them so that we can see the casual, almost unconscious ways we overlook people. And then they let us look again.

Which is to say, it’s an old move, a familiar move, a move I can usually guard against by recognizing it early. And so I’m grateful to Deagler for maneuvering around my defenses and walloping me.

“New Poets” begins this maneuver with its title, which made me worry the story would be more abstract or intellectual than the ones I usually enjoy, a vehicle for lyrical contemplation rather than sharply drawn characters and dramatic action. Not so! The opening scene features a couple of down-and-out characters locked in a moment of quotidian struggle—sharing a beer, except that the narrator is a recovering alcoholic who doesn’t drink, and his friend, with “a business major’s disdain for objective truth,” keeps buying him beers he has to refuse. This is part of a larger assault on the narrator’s dignity, of which little remains. This friend, “the Dogman,” also questions whether alcoholism is real, brags about his own modest income, and makes gruesome jokes about a recent train wreck.

He is, in short, a classic antagonist—richly drawn, engaging, but there for no purpose, it would seem, other than to throw up obstacles for our struggling narrator. And so I assumed it was the first kind of story, which is always fine with me—maybe especially after my worry about the title.

But the “new” poetry in the title, it turns out, is a reference to flipping tables—literally. In the story, it becomes an act of expression, like poetry, but one for those whom “words alone would never satiate.” It’s introduced to the story when a second friend joins the group, invited by the Dogman. Steve Sudimack is a former classmate and volatile brawler who has, just that day, emerged from a tawdry relationship in which he was fooled into giving up four years to a child who wasn’t his, and both characters worry over his arrival:

“Is he still unstable?”

“More unstable,” said the Dogman. “Way less stable than before. That’s why we’re meeting him down here. I don’t want him to know where I live.”

Sudimack shows up on Dexedrine, pumped and angry, wearing a white take top and a vicious attitude. After cutting and then belittling both other characters, he downs three shots of whiskey and flips their table in a kind of rageful party joy. Afterward he insists they find him some methamphetamine, which neither has the courage to refuse.

The takeaway, as this quest begins, seems to be that this character is an even worse specimen, and that the narrator’s two “friends” are dual antagonists. They’re in the story to act boorishly and get the narrator into interesting trouble.

But “New Poets” doesn’t fall on that side of the divide. Its point is not to let these antagonists coerce the narrator toward some complicated truth but to simply reveal the depths inside them, to force us to look harder at two figures who many of us will find easy to dismiss and condemn. When the revelation comes, it is heartbreaking, and its conspicuousness shocked me. It shows a pain and longing that has been plainly visible the whole story, pulsing like a heart while I was distracted and delighted by the crude behavior it inspires. I couldn’t believe I’d overlooked it, which forced me to look a little harder at myself.

To me, that’s the best possible outcome for a story, and Deagler was setting it up all along, testing my compassion, and then showing me my failure. The result was one of the most satisfying stories I’ve read all year, and one that has been returning to me ever since.